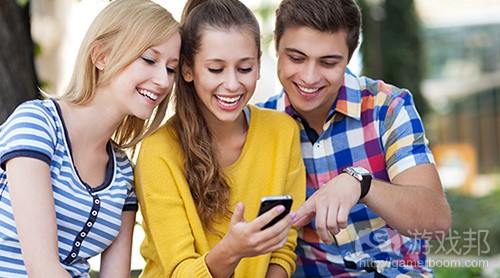 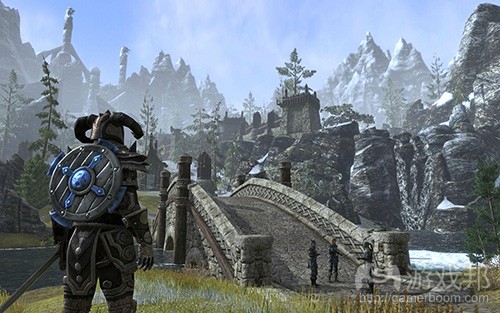 Mobile gamers are spending less, but at least they still have some love for dragons.

Research firm SuperData revealed the mobile games with the best average revenue per user (ARPU) during a 12-month period that ended in March. Android and iOS hit Puzzle & Dragons easily tops the chart with $11.89 per player. That’s more than the other nine games combined. You can see the full list below:

The overall digital games market went down 7 percent from March to April. Specifically, mobile games slipped 6 percent. That’s fourth months of drops in a row. SuperData expects developers will try to fix the problem by moving away from the free-to-play model.

“It is true that most mobile games operate with a free-to-play mechanic,” SuperData states in its report. “But we anticipate a counter-trend toward premium mobile games. Already we’re observing some notable successes.” One example is Leo’s Fortune, a $5 mobile game that was the No. 1 paid app in over 20 markets.

SuperData contributed the success of Puzzle & Dragons to its multiplayer component, although you always need a little luck to have a breakaway hit on the crowded mobile market.（source：venturebeat）

Almost a quarter of Americans would rather give up sex than give up mobile games, while others like to take on titles while they’re driving.

That’s according to the second part of social gaming platform PlayPhone’s Mobile Gaming Chronicles – a survey aimed at uncovering the key trends in the spending habits and behaviours of mobile gamers.

Drawing on a pool of 1,000 Americans who game on smartphones and tablets, Part II of the Mobile Gaming Chronicles began with a look at what groups would be most inclined to pay a montly subscription fee of $5 or more for a “complete gaming experience”.

25-to-29-year-olds were also the most likely age group to spend, with 49 percent saying they’d pay $5 or more for a monthly subscription. Those who self-identified as “mobile gamers”, however, were 53 percent like to spend.

Going past willingness to spend, PlayPhone found that 68 percent of respondents “frequently or occasionally” sacrificed sleep on a non-work night to finish playing a mobile game.

Conversely, 58 percent admitted to the same on work nights.

But just being in the office isn’t enough to curtail gaming habits. Almost half of all respondents – 49 percent – admitted to playing mobile games at work, while 22 percent formally blocked out times on their calendars to play mobile games.

At what price, entertainment?

Among those who play for three or more hours a day, this unsafe practice jumped up to 28 percent. And it turns out that mobile gamers are serious about their priorities – a full 20 percent of respondents said they would rather give up sex than mobile games for a week.

To provide some context on these behaviours, Anders Evju -CMO of PlayPhone – took a philosophical approach.

“It furthers our goals of maximizing value for our game developer and operator partners and enables us to continue to deliver an optimal social gaming experience.”（source：pocketgamer）

It looks like developer Respawn timed the release of Titanfall’s first expansion just right, because PC gamers are starting to abandon it.

The sci-fi shooter fell out of top-20 most-played PC games in April, according to the Raptr social network for gamers. That site tracks the play time and habits of its members, and it found that the biggest chunk of them are still spending their time with League of Legends. That multiplayer online battle-arena hit accounted for 14.5 percent of the time Raptr members spent playing PC games. Other games at the top of the list include World of Warcraft at No. 2 and Diablo III at No. 3.

But it wasn’t all the old standards at the top.

“The Elder Scrolls Online made a thunderous entrance into April’s most-played list after its April 4 launch,” reads a Raptr blog post. “On average, Elder Scrolls Online players spent 45 in-game hours this month, compared to an average of 35 for World of Warcraft players.”

Raptr tracks the activity of “tens of millions” of PC gamers (although it won’t specify exactly how many), which makes it one of the most-accurate resources for seeing what people are playing. Unlike the Steam service, Raptr can also track time spent in Blizzard titles and other major games not sold through Valve’s digital-distribution service.

As for Titanfall, the game didn’t just drop out of the top 20 — it plummeted all the way down to No. 29 overall. That doesn’t compare favorably to other first-person shooters. Counter-Strike: Global Offensive was No. 6, Battlefield 4 was No. 7, Warframe was No. 9, and Team Fortress 2 was No. 14. Of course, Titanfall is likely much more popular with the console crowd, like its distant relative, Call of Duty (Titanfall’s developers created that popular Activision series). Call of Duty: Ghosts, which debuted in November, also isn’t in the top 20.

Respawn is actually releasing the first expansion for Titanfall today. The $10 add-on will introduce three new maps. PC gamers can get it on Origin now, while Xbox One owners can download it from Xbox Live.

While it used to track console gamers as well, Raptr stopped doing that in March. The new consoles don’t make it easy for the social network, and the company is going to focus on PC instead.（source：venturebeat）

It seems that all you ever hear about is the emerging casual market of gaming. Sure, those Candy Crush Saga and Minecraft players are a nice, new source of revenue for a lot of companies, but don’t forget about traditional gamers. We still like to play.

According to the NPD Group, you can’t just play five hours of Peggle 2 every week to qualify as a core gamer. It’s only counting those who play the action, adventure, fighting, flight, massively multiplayer, racing, real-time strategy, role-playing, shooter, and sport genres.

“Core gamers are really the lifeblood of the industry, spending tremendous amounts of time on their hobby of choice,” said Liam Callahan, an industry analyst in a press release sent by the NPD Group to GamesBeat.  “With the new console generation off to a great start, we can expect the amount of time spent gaming to increase as more core gamers adopt them.”

The NPD Group also noted that two-thirds of core gamers play software on their mobile devices. Seventy-four percent also claimed that they would choose physical media over digital if the price was the same, although that number is down 5 points from last year. Digital media is on the rise.

Still, the biggest takeaway here is that core gamers are still demanding and willing to pay for content that suits their gaming needs. So the next time someone tells you traditional gaming is dying thanks to the casual market, you can slap them in the face before getting back to your 22 hours of weekly gaming bliss.（source:venturebeat）

The first company that figures out how to monetize word-of-mouth marketing is probably going to make a lot of money — oh, wait. Kakao is already doing that.

The South Korean messaging app KakaoTalk, which is also one of the biggest app-distribution platforms in the world, announced today that it has reached a total of 500 million downloads. That means that its users have clicked a link in its app, gone into the iOS App Store or Google Play, and downloaded software more than half a billion times. Kakao, along with its partner studios, offers these games on the chat app, players talk about them with one another, and then Kakao takes a cut of the revenue when someone installs it. This has helped the company bring in over $1 billion since adding games two years ago.

KakaoTalk now has over 145 million monthly active users, and it delivers over 6.5 billion messages every day. While it is popular in South Korea as well as in Japan (although less so), it doesn’t have much of a presence in the West, where WhatsApp is dominant.

“KakaoTalk has already become the greatest single source for driving mobile-game downloads from the App Store and Google Play Store,” reads a Kakao blog post. “No other source for mobile-game discovery even comes close to driving as many downloads.”

VIDEO UNAVAILABLE DUE TO LOCATIONWe’re sorry, but the video you are trying to watch cannot be viewed from your current location.

Chat apps like Kakao, WeChat, and Line are massive in Asian markets. Developers in South Korea, Japan, and China rarely attempt to launch new games in those countries outside of those platforms, which is very different than in the West.

Kakao now has over 230 partners that it works with, and it has promoted more than 450 games on its service. The company revealed that every game it promotes reaches the top 10 on the most-downloaded chart on Android’s Google Play, which is an astonishing feat. It also explains why developers in Asia are lining up to work with Kakao.（source：venturebeat）