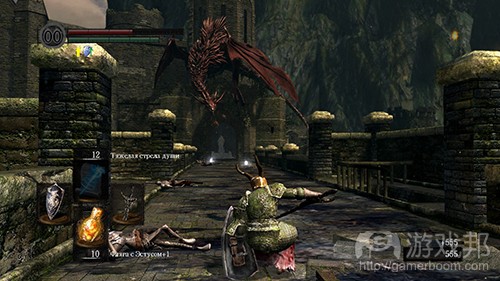 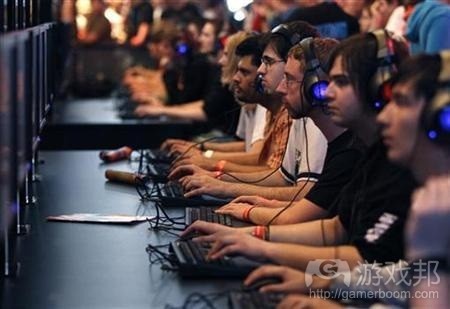 You know what isn’t making the kind of money that it used to? Angry Birds. As hard as it might be to believe, the Mario of mobile gaming isn’t quite pulling in the number that it once did. According to the latest financials released by the company this morning, Rovio’s net earnings fell by €28.6 million; a more than 50% drop from 2012.

Before you sound the panic alarms, it’s important to stress that despite poor earnings, the company’s overall revenue actually went up a few million euros – from €152.2 million to €156 million. So while earnings might be down, Rovio’s financial security is not.

Still – it’s hard to not look at the situation and ask what went wrong. There was a time when seeing Angry Birds on the top 10 paid apps list was as certain as the rising sun. Today it sits at #61. And it’s free-to-play kart racer that hoped to make a big splash back in December? It’s not even in the top 200 free apps (though, yes, it manages to crack in at #73 for free games).

This is a far cry from the “top of the App Store” situation of a few years ago. So what happened? It would be impossible to speculate, but we’re sure going to try.

It’s possible that in their attempts to create an evergreen brand, Rovio spread themselves too thin (or put their brand in front of audiences too much). Toys, clothes, cartoons – Angry Birds has been EVERYWHERE in recent years. Did people simply grow tired of it?

Is it possible that people merely wanted more of the same, and weren’t interested in offshoots and publishing attempts like Amazing Alex and Bad Piggies? Or maybe people wanted something new, and were getting burned out on similar experiences like Angry Birds Star Wars and Angry Birds Friends?

Whatever the hypotheticals, it’s seems like the real answer at the root of things is this: you can’t make lightning strike twice.

I guess that’s why they’re so determined to milk the Angry Birds brand for all its worth.（source：gamezebo）

Japanese media corporation Kadokawa today announced that it has acquired Dark Souls studio From Software, with the aim to take advantage of the company’s worldwide influence.

From Software, which is also known for series like Armored Core and Tenchu, will now work alongside Kadokawa Games, the umbrella company’s five-year-old video game subsidiary, and the two companies will assist each other when it comes to development and marketing. Kadokawa is a major Japanese publishing house with arms that reach far into the media business: books, magazines, film, animation, and comics.

In particular, Kadokawa says that [Japanese language PDF] it plans to expand to new game platforms, overseas markets and more digital platforms, through the production of new video game IP.

Kadokawa Games is best known for publishing titles like Lollipop Chainsaw and Killer is Dead in Japan. The studio also develops games, such as Demon Gaze, Natural Doctrine and The Kantai Collection.（source：gamasutra）

3）Nintendo can be about more than video games, says Iwata

“Yamauchi was one to always say ‘Nintendo is a company for entertainment, and it shouldn’t be for anything else,’ and he didn’t necessarily think that ‘entertainment equals video games.’”

Nintendo president Satoru Iwata elucidates the genesis of his “quality of life” rhetoric in an interview with Japanese business reporting website Diamond.

Iwata surprised many when, in the course of January’s Nintendo shareholders meeting, he promised that Nintendo would strive to become a platform business that aims to “improve people’s quality of life” in the next ten years.

Today, Siliconera published translated excerpts of an interview that Japanese economic reporting outlet Diamond conducted with Iwata in which he takes pains to explain how Nintendo’s new direction really isn’t so novel.

To hear Iwata tell it, Nintendo — which also created hanafuda cards, novelty toys, and a TV network before getting into video games — is an entertainment company focused on “improving people’s quality of life with fun,” rather than on a specific medium.

“Surely, a lot of people around the world must think ‘Nintendo is a company that is just for video games,’ about us, and I believe that there are more and more of our own employees who’ve begun to think like that,” Iwata reportedly told Diamond.

“I finally figured that ‘improving people’s quality of life with fun,’ with emphasis to the ‘fun’ would be perfect for Nintendo. And that’s when I decided to use this as a focus.”

You can read further translated excerpts of the interview, including Iwata’s thoughts on the directives of former Nintendo president Hiroshi Yamauchi, on Siliconera.（source：gamasutra）

In a new interview with UK computer industry website PCR, DFC Intelligence analyst David Cole says that PCs now generate bigger revenues than console games — as core gamers now focus on the PC, rather than the console, as their primary game device.

“Among core gamers there is a heavy overlap with most console gamers also playing on a PC. The big difference is that consoles are now the luxury item and PCs are the necessity. Just a few years ago the reverse was true. This means PCs have the broader audience,” Cole told PCR.

DFC predicted the dominance of the PC over the console for revenue generation in 2011 — saying, at the time, that it would happen in 2014. That appears to have come true.

However, Cole does allow that the PlayStation 4 and Xbox One should see the console segment make a future increase. DFC told GamesIndustry.biz earlier this year that it expected global PC game revenues to cross $25 billion.（source：gamasutra）