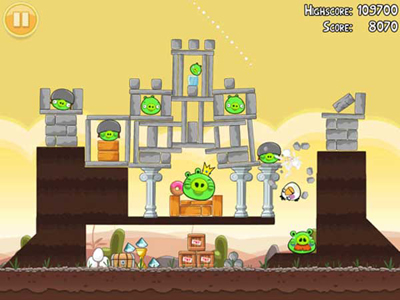 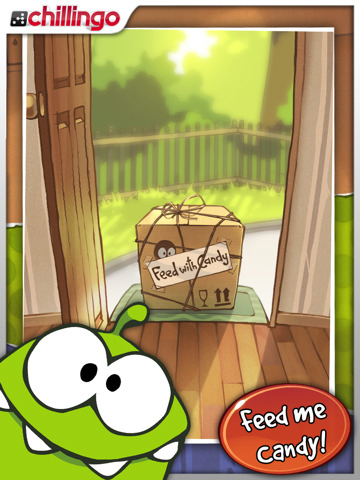 What happens when an unstoppable force meets an immovable object? If these forces and objects are analogous to the recent battle for the top spot in the App Store, the answer is simple: sales.

It’s been an interesting month for that top spot in the App Store, but an even more interesting month for these two companies. Angry Birds, a Rovio-developed game published by Chillingo, had been sitting in the #1 spot for as long as we can remember. It seemed as if the pairing of these two companies was a match made in heaven. Then, earlier this month, Angry Birds was finally dethroned by another Chillingo published game – Cut the Rope. This is where things start to get weird.

At first everything seemed normal. From the consumer point of view it was downright exciting. After all, if a game is good enough to unseat Angry Birds from the top spot, it must be worth a purchase, right? Enough people clearly thought so as Cut the Rope sold 1 million times in only 10 days to become the fastest selling game in the history of the App Store.

Then Rovio struck back. 16 days after the release of Cut the Rope, they debuted Angry Birds Halloween on the App Store – and they did it without Chillingo.

Was it bitterness over Cut the Rope? A decision to distance themselves in light of Chillingo’s recent EA acquisition? Simply a logical move to take control over their own brand? We may never know why Rovio decided it was time to self-publish and leave Chillingo out of the picture on this one, but there’s no denying that’s exactly what they did.

And it seems to be working. Angry Birds Halloween quickly wrestled the #1 spot back from Cut the Rope. And that record Cut the Rope set? Rovio shredded it, selling a million copies in only six days. But can they maintain those numbers?

Angry Birds Halloween is still #1, but it’s also a seasonal release and will no doubt fall in popularity once November 1st rolls around. Cut the Rope, on the other hand, is set to offer the sort of ongoing free content that has made the original Angry Birds so popular. Clearly this is a title with staying power. And Cut the Rope’s numbers are climbing fast. Chillingo has just announced that Cut the Rope has crossed the 2 million mark in only 3 weeks.

But then again, the original Angry Birds has climbed back into the #2 spot, pushing Cut the Rope down the #3 – possibly a result of renewed interest thanks to the Halloween version.

If Rovio continues to go it alone, can they manage to reproduce the longevity of their original Chillingo-published hit in a future self-published title? Or does Halloween simply mark the beginning of future seasonal releases like Angry Birds Christmas or Angry Birds Administrative Assistant’s Day? And if these do turn out to be popular, can Cut the Rope Kwanza be far behind?

In a market rocked by acquisitions and a constantly flooded App Store, watching these two duke it out at the top of the sales charts might just be the most exciting horse race of the year. Which pony are you betting on?（source：gamezebo）