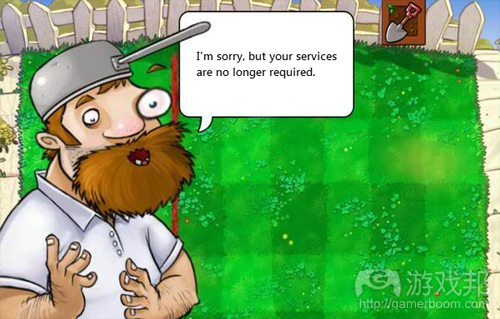 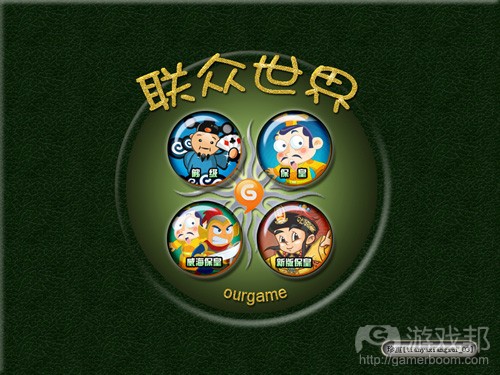 Earlier today, Gamefront had an anonymous source claiming PopCap Games, maker of the Plants vs. Zombies titles, had suffered a round of layoffs. Parent company Electronic Arts wouldn’t comment on the source’s number of 30 jobs lost, but did provide the site with a statement from PopCap GM and co-founder John Vechey confirming that some people had been let go:

“The changes we made today at PopCap were painful and we’re sorry to lose some of our friends and colleagues. But it was also necessary in order to stay on course with our future plans for mobile games, live services, and new IP. PopCap is a studio that made its name building great games that the world can fall in love with, and that’s what we’ll continue to do.”

This isn’t the first time PopCap has suffered a reduction in headcount since it was purchased by EA in July 2011. Fifty employees were laid off from North American locations in August 2012, and the company’s Dublin studio was closed a month later.

The cuts come despite the success of Plants vs. Zombies 2: It’s About Time, and the more recent release of Plants vs. Zombies: Garden Warfare, a fairly well-received effort to bring the battle between flora and the undead to living room consoles in the form of a multiplayer third-person shooter.
It’s fair to wonder if Garden Warfare would have even been made if PopCap wasn’t under the EA umbrella, but fans of the studio’s games can question other moves made over the last two and a half years even more. Would an independent PopCap have released PvZ 2 with the same kind of microtransactions on board? Would Peggle 2 still have been a timed exclusive for Microsoft’s consoles?

And what about the sub-brand 4th and Battery that PopCap announced three months before EA swooped in, then disappeared after just one game? It seems the only things PopCap’s parent company wants are extensions of what’s already proven to work (though Vechey’s statement at least mentioned a new IP), and as we learned today, even that’s not always enough to keep everyone on the team employed.（source：gamezebo）

2）Analyst: Gamers slowed their digital spending in February in preparation for Titanfall

The hit-driven gaming business is like the tides, and February — lacking in major releases — was low tide.

Spending on digital games reached $959 million in February, according to sales-tracking firm SuperData Research. That’s down 5 percent from January. SuperData is a company that collects data about the industry to inform publishers and developers about trends in consumer behavior. Its analyst, Joost van Dreunen, believes the decline is attributable to the upcoming release of Titanfall for Xbox One and PC. He thinks gamers were holding on to their cash in anticipation of the sci-fi shooter, which debuted earlier this month. Despite the month-over-month decline, digital spending was up 17 percent compared to the same period in 2013. This shows that more of the multibillion-dollar gaming industry is moving online.

While spending on full games and downloadable content might have experienced a slight hiccup from January to February, the bigger negative trend is in subscription-based massively multiplayer online games. That sector saw a 24.5 percent decrease in revenue year over year to $110 million. That money is now going into free-to-play titles, which generated $473 million for a 23.6 percent increase.

Chinese online card and board game developer Ourgame is rumoured to be seeking an IPO on the Hong Kong Stock Exchange.

The company recently received investment of around $16.5 million from PC/mobile publisher KongZhong (KONG), which itself is already floated on the NASDAQ exchange.

That deal was labelled “strategic investment”, with the two companies looking to generate co-development, co-marketing and co-distribution synergies through their smartphone and PC game businesses.

Ourgame’s expertise is providing online casual board and card games in China. It currently operates over 300 titles with cross-platform support for PC and mobile.

Its Dou Dizhu game has been downloaded more than 40 million times on Android in China.

The rumours suggest the company is looking to raise around $150 million.

However, it’s not all one-way traffic with the NASDAQ-floated Shanda Games and Giant Interactive both considering deals that would take them private.（source：pocketgamer）

Unity Technologies is acquiring Applifier, the maker of the Everyplay platform for sharing videos of mobile gameplay. The acquisition enables Unity, the creator of the popular Unity 3D game development tools, to expand the community-oriented services it can offer to both developers and gamers.

Community is becoming a big deal on game platforms as the popularity of Twitch has shown. Gamers use the livestreaming site to watch other people playing games. Helsinki-based Applifier adapted that idea and created Everyplay, making it easy for a mobile user to capture gameplay footage and share the video with friends. Everyplay became popular very quickly, and it helped mobile games get discovered more easily and inexpensively as people shared viral videos.

David Helgason, the chief executive of San Francisco-based Unity, said in an interview, “We have made awesome tools for developers so they can go multiplatform and build a big community.

But we want to help those developers get discovered. Most people hear about games in mobile from their friends. What Everyplay has done is capture the best moments from your gameplay and put it online for others to see.”

More than 600,000 developers are using Unity’s tools to build tens of thousands of games with the Unity 3D engine now.

“Unity was founded to democratize game development, and we are incessantly searching for tools that can make our community more successful,” said Helgason. “By welcoming Everyplay to the Unity platform, we’re arming our developers with an incredibly powerful and authentic way to connect with a rapidly growing community of passionate gamers.”（source：venturebeat）