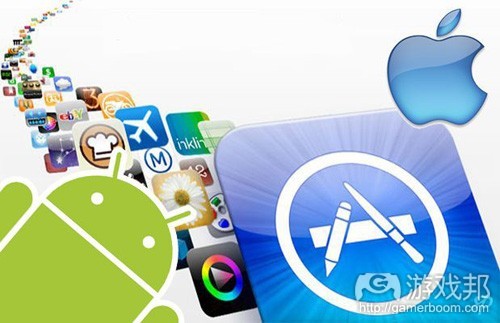 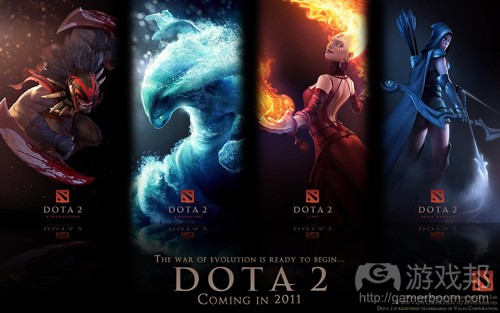 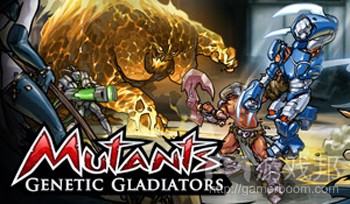 If you’re looking to make money on iOS or Android then games are the way to go, according to App Annie’s VP EMEA Oli Bernard.

According to figures revealed by the analytics firm at the Mobile Games Forum 2014 in London, games account for over 40 percent of all downloads on the App Store and Google Play.

More importantly, they generate over 70 percent and 80 percent of revenue on each platform respectively.

The key driver for this growth on both platforms has been the rise of the in-app purchase.

That significant growth in the amount of money generated proved to be particularly good news for the big name free-to-play powers. 7 percent of all revenues generated on the App Store went to the top 5 publishers, meaning that the likes of King, Supercell and GungHo have been able to consolidate their position at the peak of the top grossing charts.

On Android there’s been similar success for free-to-play developers, particularly those based in South Korea, China and Japan. Tinypiece, LINE and a number of other companies based in South East Asia dominated the top ten grossing companies, forcing the likes of King and EA into the rest of the pack

The growing forces of Asia, Brazil and Russia

The story of southeast Asian success was one of the other major themes in the rest of Bernard’s talk.

The importance of the region in terms of Android revenue performance was underlined by the statistic that when combined with the US, South Korea and Japan generated 75 percent of global Google Play revenues – making a dedicated Asian marketing strategy for Android a pre-requisite for Android success.

But that was only one interesting aspect of App Annie’s analysis in the region.

The Japanese iOS market, for example, is almost exclusively driven by iPhone revenues, with the iPad offering little in terms of overall revenue performance.

As for China, its potential as a potential new Apple powerhouse was underlined by the fact that it drove the third largest number of iOS downloads, even before the impact of the recently signed China Mobile deal.

And, if that wasn’t enough of a juicy opportunity to get your marketing teeth into, the download share of developing economies on iOS and Android suggest that new markets are coming closer to fruition. The Russian app market has grown considerably, to the point that it is the fifth on iOS and Android.

And a number of other territories have seen marked growth in terms of downloads as well, with Turkey, Brazil and Mexico driving their way up the Android most downloaded chart.（source：pocketgamer）

2）Analyst: Dota 2 made around $80 million in microtransaction revenues in 2013

Valve’s popular online arena battler is a hit with the competitive crowd, and it apparently generated around $80 million in microtransaction revenues in 2013, according to industry intelligence firm SuperData Research. While that was enough to place in 13th for the year in terms of cash generated from selling virtual goods.

The free-to-play Dota 2 is a team-based action strategy title that has players working together to build up their characters and attack points on a map. It was the most-played game on Valve’s Steam gaming service last year, and it regularly has more than 500,000 concurrent players. That’s quite a bit more than Valve’s other free game, Team Fortress 2. That shooter typically has around 50,000 to 60,000 concurrent players.

Despite that gap in the number of players, the better-established Team Fortress 2 brought in $139 million in microtransaction sales in 2013, according to SuperData. That’s more than $50 million more than Dota 2.

While Dota 2 is doing well, according to SuperData’s research, it has a long way to go to catch up to League of Legends. Developer Riot Games’ Dota 2 racked up over $624 million in microtransaction sales in 2013.

Of course, the trends point to Dota 2 making quite a bit more in 2014.

Considering the current momentum behind the MOBA category, we expect it to double monthly earnings by the end of 2014.”（source：venturebeat）

A group of Remedy, Wooga and Digital Chocolate veterans have formed a new studio in Helsinki, Finland, and secured $2.3 million in funding for their first mobile title.

PlayRaven is a team of five headed up by Lasse Seppanen, previously COO of Remedy Entertainment and executive producer on Alan Wake. The company is looking to develop strategy games for mobile devices.

With this initial round of funding, PlayRaven hopes to finish up work on its first title Spymaster, and hire a new team to simultaneously begin work on the company’s second game.

The team was keen to point out that this round of funding has come, in part, from Jari Ovaskainen and London Venture Partners, investors who backed fellow Helsinki studio Supercell at an early stage.

Clearly PlayRaven is hoping to achieve the same levels of success that Supercell has found over the last couple of years.（source：gamasutra）

According to Nicolas Godemont-Berline, general manager of Gumi, if you’re looking to make money from the Japanese market, your best bet at the moment probably isn’t releasing a game.

Instead, Godemont-Berline suggests that right now there are two ways to break into the Japanese market.

First, if you’ve got money to invest, there’s a lot of capital flowing in and out of the Japanese mobile gaming market, so finding a partner, or funding a project, is a sensible way to get in on the action.

Perhaps the more interesting of the two methods is to learn monetisation techniques from Japan. Godemont-Berline suggests two.

It’s basically paying for a random card or unit. Gamers don’t know what they’re getting until after they’ve paid.

Godemmont-Berline cited Mutants by developer Kobojo. It took two weeks to develop the system for the game, and after it was implemented it recouped its costs in a weekend and pushed revenue up 15 percent.

Adding what Godemont-Berline calls Tension Gatcha is also a possibility. These add different animations, sounds, and other cues to the purchasing of the cards and units, some of which end in super rare cards, others that end with a joke and a standard card.

The other best method is live events, which are the “number one growth opportunity for mobile games.”

These are regular, timed events that add special graphics, special rewards, and different difficulty settings to the game.

Godemont-Berline says these must be new content, built on the core loop, and add special objects, leaderboards, and unique rewards.

The main thrust of the Japan section of the East meets West track is that it’s a very difficult market to break into, but there are definitely lessons to learn and money to be made, at least acccording to Gumi.（source：pocketgamer）