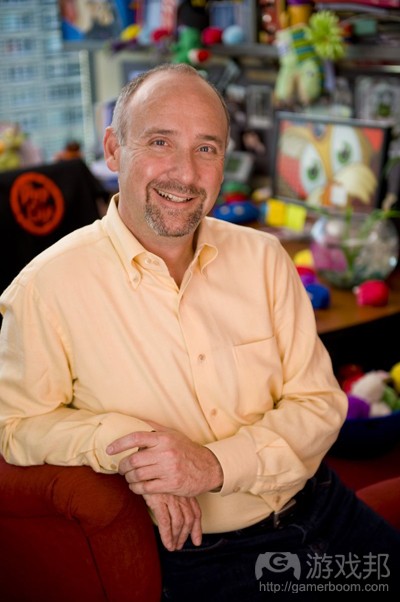 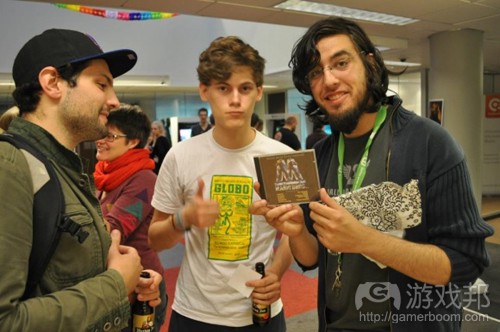 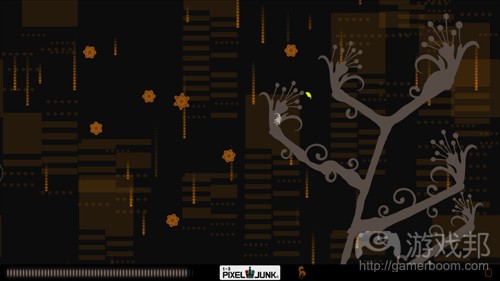 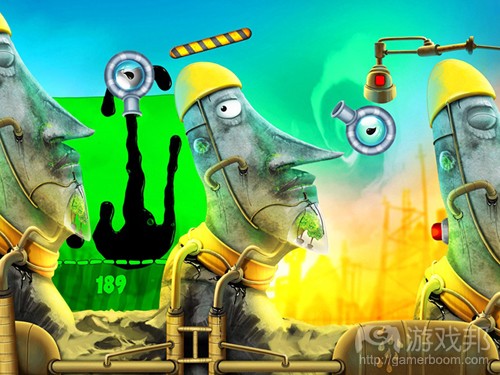 1）PopCap CEO to retire, cofounder will take over the Plants vs. Zombies studio (exclusive)

Dave Roberts, chief executive of Electronic Arts’ PopCap Games division, is retiring from the game studio that he joined almost nine years ago. Cofounder John Vechey will take over the job of running the Seattle-based studio that created hits like Plants vs. Zombies and Bejeweled. The news will be effective Wednesday, Jan. 8, GamesBeat has learned.

This makes Vechey the last remaining cofounder, as Jason Kapalka will leave PopCap at the same time that Roberts does. Kapalka will remain a creative consultant for PopCap.

EA bought PopCap for $750 million-plus in 2011 under the stewardship of previous chief executive John Riccitiello. With the appointment of new CEO Andrew Wilson in September, the management structure of EA and its various studios has been in flux. Like other parts of EA, PopCap is trying to get its mojo back by focusing on big new games for the digital era.

Vechey, 35, is taking over the leadership at a time when PopCap steps down on the publishing side and goes back to being its own development studio, supplying games that EA’s larger organization will publish. The shift suggests that creativity is a bigger priority for PopCap now than dealing with business matters. The change is consistent with EA’s appointment of Wilson, a studio creative leader, as its top boss.

Vechey has a lot of work to do in coming up with more megahits that will set PopCap apart from the growing crowd of competitors in casual, social, and mobile gaming.

“We need to get back to the place where we used to be and not just in mobile,” Vechey said in an exclusive interview with GamesBeat.

“PopCap’s mission right now is to create the greatest mobile game studio in the world, and we’re going to do that by only making games that are beloved by players. We’re focusing on our foundation in 2014 – talent, process, and most importantly, great products, around that mission.”

PopCap has had stable leadership for a long time. It was founded in 2000 by Vechey, Brian Fiete (who left some time ago), and Kapalka. It had about 400 people before the acquisition but has thinned out under EA, partly by closing a studio in Dublin with 96 employees.

Roberts joined PopCap in 2005 and helped expand it into a much larger company. He provided a lot of its adult supervision, and in 2010, it reported revenues in excess of $100 million. But like other established game makers, PopCap has had a hard time adjusting to the new free-to-play business model, where players can play for free and pay real money for virtual goods.

That challenge continues to this day, as Plants vs. Zombies 2 scored huge numbers of downloads but hasn’t monetized as well as EA had hoped. Vechey wants to instill thinking about monetization in the early stages of game design so that it can be a natural and fun part of play. He doesn’t want to make “premium games with a little monetization on the side.”

PopCap has had a remarkable string of hits over the years, starting with Bejeweled, the match-3 gem-swapper that revived puzzle games. That title, which pioneered the play-before-you-pay business model for web games, has sold well over 50 million copies, and it has been played for many billions of hours. It went on to create a whole category of casual, cartoon-style games including Bookworm, Peggle, Zuma, and Plants vs. Zombies.

The studio didn’t produce much in 2012, leading critics to wonder why EA paid so much for it. PopCap seemed to suffer from taking too long to get its new original games, out on a timely schedule.

In 2013, the company was more active, shipping Plants vs Zombies 2 in the summer. It also announced the first-person-shooter multiplayer title, Plants vs. Zombies: Garden Warfare, which will debut early in 2014. That game will blend the zany antics of animated vegetation battling undead with the 3D graphics capability of EA’s Frostbite 3 engine.

Vechey had a casual and carefree personality at PopCap under the direction of Roberts. He was prone to saying things like “stupid venture capitalists” and “don’t be stupid” regarding his advice on running a game studio. When he introduced Peggle 2 at the most recent E3 video game tradeshow, Vechey jumped in the air and came down with a big fist slam. He’s passionate about working on quirky, fun games; he showed his enthusiasm for Plants vs. Zombies by wearing a giant zombie mask on his head on the E3 stage.

Roberts raised $22 million in venture money to take PopCap to a new level before it sold itself to EA. It’s not clear what Roberts will do next, beyond retirement.

“We wish Dave all the best,” Vechey said. “When Dave joined PopCap, we needed a business leader to help us bring structure to our creative chaos and set us on a sustainable path. He has made a huge mark on PopCap, and we thank deeply him for it as he embraces his new adventure — which will probably consist of doing very little for a while! I continue to be the most passionate believer in PopCap, and I’m excited and honored about taking over as PopCap GM.”

Vechey is sticking around to try to get PopCap to focus on what it does best: creating brand-new games that take people back to the “glory” days of gaming, with simple and accessible mechanics.

“We have underinvested in new IP,” he said. “Getting more new IP out per year is the goal. We want to formalize the creative process and get it to scale better.”（source：venturebeat）

Vlambeer co-founder Jan Willem Nijman took the stage during the Control Conference in Amsterdam last November to share some good advice for building better action games with an audience of students and up-and-coming developers.

Nijman worked with Vlambeer co-founder Rami Ismail to design games like Super Crate Box, Nuclear Throne and Ridiculous Fishing. His presentation — coyly titled “The Art of Screenshake” — was part of an INDIGO Classes series of educational talks at the conference.

Clocking in at almost 45 minutes, it’s a lengthy talk that’s worth watching for anyone seeking advice on how to design a fast-paced action game that just feels good to play. The premise is simple: Nijman shows off a fairly dull side-scrolling shooter, then demonstrates 30 minor tweaks that each make the game a bit better.

Watch the video and you can see how small changes — like making the screen shake slightly in the opposite direction of the player’s gunfire or adding a 33% chance of enemies exploding harmlessly on death — can make a game feel far more exciting and engaging to watch, much less play.

It’s good to see Vlambeer continuing to share knowledge with the development community, with Ismail contributing to the Game Developer Help List while the pair publicly share their development process on Nuclear Throne via regular streams of their work sessions. （source：gamasutra）

Ten months after the launch of Microsoft’s Xbox Live, Valve Software launched its unified online service, Steam. Over a decade later, Microsoft’s service has over 48 million accounts while Steam surpassed 65 million a few months ago. Sony’s network — under the name PlayStation Network (PSN) or Sony Entertainment Network (SEN) — now has 110 million accounts, far more than Steam. However, that figure includes web-only accounts and accounts for services like Music Unlimited which need not be related to video games at all.

So while Valve’s customer base would seem to sit between Microsoft and Sony in size, it is far more likely that Steam is actually closer to the leader.

However, the growth of Valve’s network over the past seven years suggests that it will exceed the size of Sony’s service within the next three years. To get an idea of just how quickly Steam has been accumulating new accounts, I’ve put together the following diagram showing the total number of active accounts (in blue) and the peak concurrent connected accounts (in red).

From the data that Valve has reported about its business, the peak concurrently connected account figure is usually 10-15 percent of the total number of active accounts.

What is particularly interesting to me, from a mathematical point of view, is that the data from 2007 through today, is almost exactly exponential, with a continuous annual growth rate of 25 percent. That works out to doubling in size every 36 months.

To see what I’m talking about, just look at this exponential curve fit to the data above, with the pre-2007 data point excluded.

If that rate of growth continues, Steam will have exceeded 130 million accounts on its system by the end of 2016, putting it ahead of Sony’s consolidated service population, in my estimation.

What’s particularly interesting is what will happen once the Steam Machines begin shipping in 2014. If these systems see strong uptake, then Valve could see the growth curve bend up even further, but that will take time. Given the number of accounts already installed on personal computers, the number of Steam Machines sold to new consumers would have to be several millions per year.（source：gamasutra）

Q-Games is the latest studio to show what the power of a Steam sale can do, as the company revealed that it has seen its life-to-date sales of PixelJunk Eden on Steam double in the latest Steam holiday sales.

The studio’s PixelJunk Eden is currently part of a community flash sale on Steam, in the 2013 Holiday Sale that’s running over the Christmas period.

Eight hours into the sale, in which consumers can pick up the game for 75 percent off its usual price, Q-Games’ Dylan Cuthbert took to Twitter to divulge that the title has “sold phenomenally well” already.

In fact the flash sale has been so successful, that Q-Games has already doubled its total income from the game to date in those first eight hours.

To put it another way, the company says that it made as much income during those eight hours as it had previously made during the game’s entire life-to-date sales on Steam since February 2012.

Of course, we’ve already seen plenty of times in the past how Steam discounts can affect your sales. A whole bunch of devs talked to Gamasutra on the topic in 2012, while Fez creator Phil Fish also lauded the effect these discounts can have.（source：gamasutra）

Chillingo has announced the release of Holy Water Games’ Feed Me Oil 2 on iOS, challenging players to guide oil around obstacles to fill reservoirs somewhere on the screen. Each level is designed around an abstract animal or other living entity, and players must drag tools around the screen, as well as use items already present in the level, to send the oil to the proper area.

Feed Me Oil 2 features four chapters of puzzles, with each puzzle offering a different set of tools and general path for the oil to follow. A series of fans, for instance may allow players to send oil through the hollow tunnels in a snail’s shell, while rotating platforms and moveable walls may block off certain unwanted areas in another stage, creating the right path for the oil to take to its destination.

The oil reacts to wind, water and ice with real-world physics (the developer claims to have improved the game’s physics, compared to the first Feed Me Oil), and players can earn up to three stars on each stage, depending on how they choose to solve the game’s puzzles.

Players can share their high scores with friends via Facebook, and will earn higher scores by using as few tools as possible to complete each stage. If a level proves too difficult, players can use hints to solve stages, with hints being available in packs of 10 for $0.99.

Feed Me Oil 2 is now available to download for $2.99 on iOS. You can follow the app’s progress on AppData, our tracking service for mobile and social apps and developers.（source：insidemobileapps）