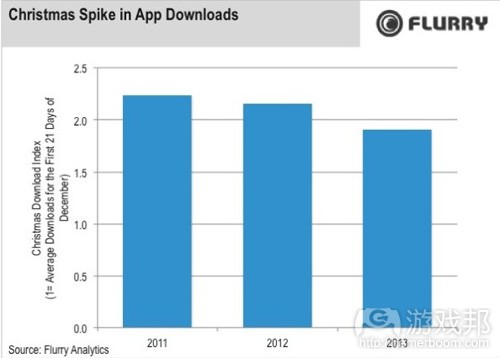 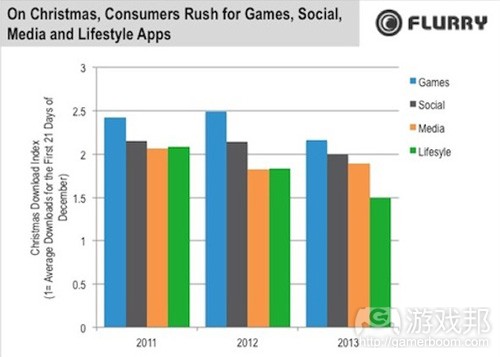 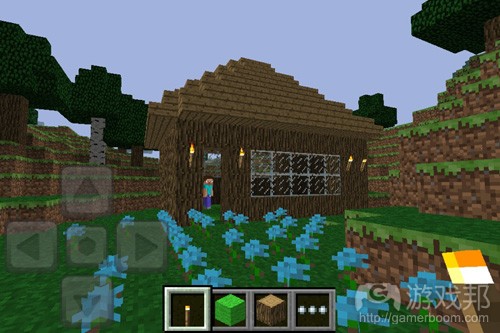 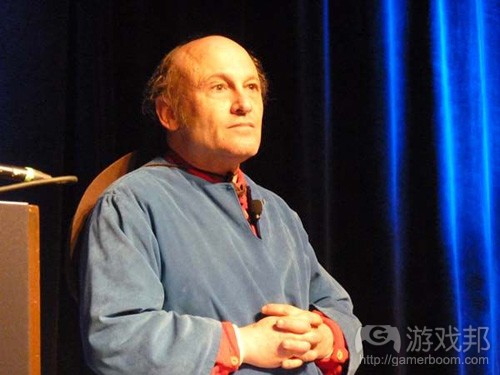 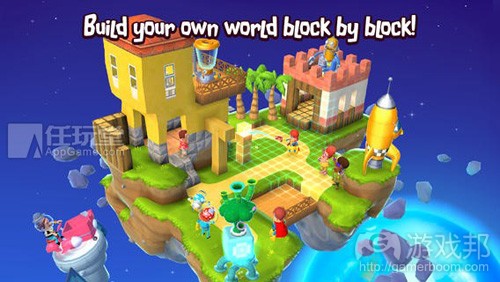 Games in Asia reports that China’s game industry revenues grew 38 percent year-on-year, to $13 billion, or 83.17 billion yuan — that’s according to numbers from a government agency called GPC, which tracks the game industry.

According to the report, client-based PC games took in $8.7 billion, while browser games took just over $2 billion. Mobile games accounted for $1.8 billion while social games generated less than $1 billion, and console games — which are still officially banned in the country — generated a comparatively measly $15 million.

$7.8 billion of the $13 billion total was generated by games developed inside China, according to the report.

According to Chinese law, foreign companies must partner with a Chinese service provider to run their online games in the country; while a partner is not required for mobile games, the complexities of the market make it extremely difficult for Western companies to enter without a local partner.

It is widely expected that the ban on dedicated game consoles will be relaxed in 2014, though official details on this plan have yet to be revealed.（source：gamasutra）

Mobile app downloads set new records during the Christmas holiday around the globe, according to new data from mobile app analytics provider Flurry.

Christmas app downloads drove a 91 percent spike compared to an average day in the first three weeks of December, Flurry said. That’s a lot of downloads, but the size of the spike has been diminishing over time as the app market matures and globalizes.

New connected smartphones and tablets are increasingly common as gifts during the holidays, with millions of people activating new devices and downloading apps that make use of them.

Christmas Day is still the biggest day yet for mobile app downloads, which were up 11 percent this year compared to Christmas 2012.

“Devices are evolving from being our new shiny toys to our everyday companions,” said Mary Ellen Gordon, head of research at Flurry, in a blog post. “The Gold Rush days of huge jumps in the overall size of the connected device installed base on Christmas, followed by a dizzying rush of app downloads, are fading. Of course, there will still be apps that tap into some vein of consumer interest or amusement and developers who strike it rich as a consequence.”

Flurry provides analytics on smartphones and tablets. The company analyzed 400,000 apps and found there was a 25 percent increase in app downloads on an average December day, compared to a year ago.

The data in the charge below shows that year-on-year growth for overall app downloads and the year-on-year Christmas Day growth have slowed considerably, from 97 percent in the past year and 90 percent from 2011 to 2012.

App downloads grew, but only at 11 percent compared to last Xmas.

Many consumers in Western Europe and English-speaking countries, where Christmas is a big holiday, already have devices. Fewer people are coming online with mobile for the very first time.

And consumers who are on second, third, or fourth devices have apps that they like and trust. They will still download new apps, but not as many as they would if they had a device for the very first time.

Moreover, the biggest growth in mobile is coming from countries where Christmas is not a significant holiday.

Of the apps downloaded, Flurry found that games and social apps were downloaded on Christmas at twice the rate they were on a normal December day. The other categories that saw a surge were media (photo, video, music) and lifestyle (sports, books, magazines, entertainment).（source：venturebeat）

Minecraft hasn’t dominated all of the world yet, but it’s well on its way.

Minecraft: Pocket Edition, the $7 mobile version of the popular block-building game, made $1 million in revenue on the iOS App Store alone on Christmas day. The boost in sales is likely attributable to the huge number of people who opened up new iOS devices as gifts and immediately hopped onto the market to download the game (among others) for the first time.

Holy mother of God. MCPE on @AppStore had 1 million usd in revenue during Christmas day. And we were only no3 on top grossing in USA. Crazy!

Mojang business manager Daniel Kaplan revealed that the $1 million in revenue was only enough to get Minecraft up to No. 3 on the iOS App Store’s top-grossing apps. Free-to-play titles Clash of Clans and Candy Crush Saga topped the list at No. 1 and No. 2, respectively.

While Black Friday in November and the last Saturday before Christmas in December still dominate sales for traditional gaming, Dec. 25 and the weeks following it are the biggest days of the year for mobile-game developers. People are most likely to spend money on mobile games and other apps shortly after tearing open the wrapping paper and playing with their shiny new smartphones and tablets for the first time.

Of course, Minecraft is a one-of-a-kind phenomenon. It started in 2009 as a PC game in early beta form. Since then, it has grown bigger and bigger, with no signs of stopping. The Lego-like virtual world, which has players trying to survive a harsh realm while building defensive structures and crafting tools from found materials, later found success on Xbox 360, where it has sold more than 5 million copies. It also recently debuted on PlayStation 3, and it is due out soon on PlayStation 4, Vita, and Xbox One.

While Minecraft broke out on PC and console, younger gamers are picking it up in droves on mobile. Yesterday’s massive sales might reveal that the Pocket Edition is perhaps even the fastest-growing version.

On Android, Minecraft: Pocket Edition is currently the most-purchased premium game and the 11th highest-grossing app. To date, Mojang has sold more than 33 million copies of Minecraft across all platforms.（source：venturebeat）

4）Chris Crawford’s hope for the future: Indies ‘will save video games’

“The indie game developers are doing what the publishers should have been doing decades ago. They are the ones who will save video games.”

Chris Crawford founded the Game Developers Conference in 1988 after having found tremendous success with his 1985 PC game Balance of Power. But in 1992, he left the game industry to work independently on tools to increase the storytelling potential of the medium — after he became frustrated that he and the bulk of the industry were working toward different goals and pursuing different audiences.

These days he is known as an iconoclastic independent developer, far outside of the mainstream industry — but that is precisely where he thinks the innovation he has hoped for for 20 years will arise.

Thanks to a new profile, you can understand his dreams and his story. Today, Simon Parkin speaks to Crawford about his work since he left the industry in 1992 — both what he has achieved in the last 20 years, and what he still hopes to accomplish, and the changes he’d still like to see in games. （source：gamasutra）

5）Over $100 million pledged to Kickstarter game projects in 2013

2013 was a banner year for games on Kickstarter, with more than 4,000 projects launched in the Games category bringing in more than $106 million in pledges since January 1st.

That’s a significant increase from last year, when the 2,796 projects launched in the Games category accrued $83 million in pledges. （source：gamasutra）

The organizers of Slush paid my way to Finland. Our coverage of the event remains objective.

HELSINKI, Finland — Grand Cru has built a very nice and very Finnish headquarters for its employees, complete with a wood-burning stove in the kitchen and a sauna for important meetings. It treats its employees well because it figures it will be around for a while, based on the prospects for its first game, Supernauts, which the game studio is building for smartphones and tablets.

Supernauts is that rare mobile game that has been in the works for more than two years by a studio with venture capital backing in excess of $13 million. It combines Minecraft-style user-generated building with a cartoon superhero theme, and it is the latest game coming to the worldwide stage courtesy of funding from the Finnish government. Grand Cru is betting big and polishing a game that it hopes will be the next to put Finland — the source of games like Angry Birds and Clash of Clans — on the map of the fast-growing, multibillion-dollar mobile game business.

The company’s headquarters is in Helsinki’s bohemian Kallio area — a working-class neighborhood that is overrun with startups and bars. Grand Cru commands the top floor of a 1960s building that we saw as part of a tour during the Slush startup conference in November. When we walked in, chief executive Markus Pasula greeted us and asked us to take our shoes off, so that we would all feel more comfortable.

“We are famous in Helsinki as the game startup with a sauna in the office,” said Thorbjörn Warin, chief marketing officer at Grand Cru. “And with Supernauts, we are working on what we believe is the most ambitious mobile game ever made.”

Creating a unique place to work

The company seems to get its ambitions from its lofty surroundings. From the rooftop terrace above the 12th floor, you can see much of Helsinki and get a glimpse of the surrounding Baltic sea. The kitchen has a wood-burning stove and it is often stocked with Finnish donuts. The office suites are colorful and well-lit, with plenty of views of the surrounding area. People take their shoes in when they walk in so that they’ll feel more comfortable. The idea is to make the employees and visitors feel like they’re part of something special.

“You need to have the right kind of culture in your organization,” Pasula said. “Gaming is something that changes every two years. And your organization has to be ready to change with it. You don’t want to build a structure that stops you from adapting. So we have a very flat company structure.”

The founders previously worked at Mr. Goodliving, a Finnish game developer, for more than six years. Real Networks, which owned the studio, closed it in 2011. Mikko Wilkman from Sulake, maker of Habbo, joined the crew of five former Mr. Goodliving employees to form the new venture. They got funding before they had a PowerPoint deck ready, based on an idea to take user creativity into mobile in a big way.

Now they have 35 employees, including a variety of non-Finn staff such as the Swedish-born former Wooga executive Warin. The company takes a lot of trainees coming from GamePro, a game education program sponsored by the Finnish government.

“We wanted to hire the best superstars of the game industry, those who are at the peak but are willing to change their skills for the future,” Pasula said. “We are also looking for young people who are really excited to join the game industry and show huge potential for growth.”（source：venturebeat）