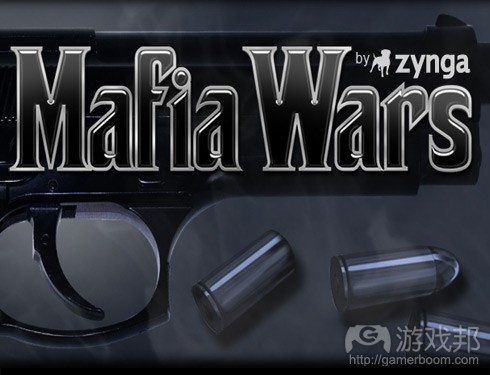 The Lesson of Mafia Wars

Although it’s not the first of its type (that honor belongs to Mob Wars) I’ve come to regard Zynga’s Mafia Wars as a milestone moment in game design.

It was in many ways the signature social game, the one that defined what Facebook games were likely to be. It established the common parlance of levels and experience points among executives who’d never heard of D+D. But more than that, Mafia Wars was an unbelievable game.

It was a success that made no sense in the vein of how most of us thought of games. The idea that lots of people would engage in a game so apparently basic, and for so long, was incomprehensible. Love or hate it, Mafia Wars taught us something very important about the difference between how we think players play, versus how they actually play.

Prior to Mafia Wars there were thousands of roleplaying games. There were big combat-focused games like Diablo, more adventuresome faire like Baldur’s Gate, miles of JRPGs and huge worlds like the World of Warcraft. The structure of all of these games had a commonality.

The player had a doll, commonly an avatar, in the game,. She customized and built it endlessly, often identifying with her doll as a form of self expression. She exercised a lot of control over the direction in which her doll grew, often choosing to engage in primary or sub-quests at her own pace. There was also often a story attached.

Mostly the gameplay of the RPG boiled down to fighting, exploring, looting and building. Whether in the form of a fantasy warrior levelling up or ship being upgraded, it was always much the same. And then in the games that connected players together there’s one more “ing”, guilding. She joined clubs and her game became more like a team sport or an extended war.

Of all of the gameplay the fighting was classically thought to be most important. It was the bashing, casting of magics, shooting of lasers and whatnot that was the point of all of the other mechanics. Why explore if there was nothing to do once she got there? Why loot if she never really used her stuff? Who would play that?

Around 30m players would and did.

Facebook roleplaying games originated from browser-based games like Erepublik, Urban Dead and Planetarion (and many others). Browser RPGs tended toward tight-knit communities whose players had to discover one another, and were often largely fan-run. They had ancestors that went as far back as the old play-by-email (or even play-by-mail) games of the 90s and 80s.

Nobody ever really considered that browser RPGs could be ripe for major commercial success. They were held to be rudimentary “Excel-in-space” machines, for stat and number nerds with far too much time on their hands. They were dense, often arcane to the casual observer, requiring one to read tons of rules on badly formatted wiki pages to figure out how to play. There was no way that they would ever really make a big impact. Then came Mafia Wars.

The were three primary differences between Zynga’s game and its predecessors:

They were much better at guiding players through the initial experience

They were plugged into a pre-existing social network, which inverted the difficulty of finding new players by turning existing players into advertisers

They broke with the mechanical convention of fighting

This third part was the hardest for me to grok. In Mafia Wars you looted and you built, and if you were determined enough to overcome some restrictions you could also guild after a fashion. However there was little physical space in the game to explore, just a series of locks, and most of all you did not fight. What you did was essentially assemble teams and packs of loot enough to be allowed to engage on a job. Then you simply clicked “Do Job”, and the game told you wou’d won.

You exercised neither physical nor mental skills in the execution of jobs. You navigated nothing, needed no tactics and didn’t really even need to care about configurations. Objectively speaking it was just a Skinner box, a set of hoops to jump through over and over. Spend energy, build team, do job. Bug friends to join your gang, do job. Buy virtual goods to cheat a little, do job. That was all.

How could something so basic could induce some people to spend time and money? Were they out of their minds?

A degenerate game is a game which sucks more out of players than it gives back. Gambling games are the classic example of degenerate games in that they are all inevitably stacked toward the house. Most game designers accept poker in that context, but they have a harder time accepting that slot machines are also games. The designer’s problem is not that the economic model of both is similar, but rather how the activity of play is so different.

In poker you make a lot of choices and although the game may be stacked there is the sense of trying to overcome. It’s you and your smarts and stamina versus every other player and the house’s rake. It may seem negative but to poker fans it is competitive and exciting, fueled by novice marks who part with their money easily and – in a sense – rebalance the game economy for the vets.

But slots? Who doesn’t see that slots are stacked and will always bankrupt any player on a long enough timeline? Surely anyone with a lick of sense (with the exception of gambling addicts) would stay away? Slots’ success is inconceivable, and yet in both physical and virtual form they are very successful.

Slots teach an important lesson about how players are a lot less rational than we consider them to be. Players are often exuberant about their chances, motivated by the feel of the near-win as much as the actual win. They have something of an internal dialog with their favorite games and start to believe in luck, omens and so on. Their values are not what we, the cool and calm professionals, think they should be.

How is “Do Job” effective? Because the player comes to believe that what she is doing is active and skilful, that with enough patience and work she will eventually win. She finds the system of the game as she perceives it to be winnable. Then over time perhaps she builds social connections and that keeps her playing for a long time. Who knows, eventually she may become like a lady I once met on a conference call, a queen of a Mafia Wars clan who openly admitted to having spent over $10,000 in the game and was happy to have done so.

Mafia Wars is still live. Although long past its height it’s still estimated to draw over 100,000 DAU. My guess is that those users are mostly veterans now and probably have a highly complex social structure. They will keep playing right up until the lights are turned out.

Mafia Wars may have been degenerate in some respects, and it may have been the game that understood social networking and pinch points before everyone else. It may also have been an early beneficiary of advertiising like crazy on Facebook, and finally a kind of sandbox for a variety of mechanics that appeared in later Zynga games. Yet in some respects those lessons are transient.

The primary lesson that Mafia Wars taught me was that the law of fascination is much like the difference between fairness and balance. It’s about realizing that the subjective experience of the player and the objective behavior of a game are very different. And that when push comes to shove the subjective is more important than the objective.

Whether your objectives are noble or ignoble, purely fiscal or because of passion, this is a lesson that you should never forget.(source:gamasutra)