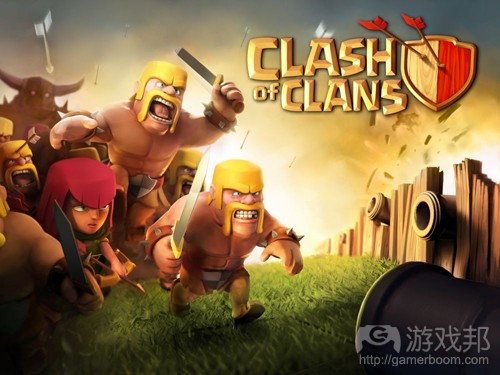 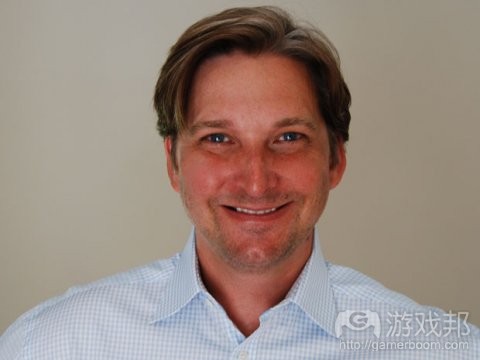 1）Supercell set to launch Clash of Clans beta on Android

Finnish developer Supercell has quietly rolled out a beta version of iOS juggernaut Clash of Clans on Android.

The news was broken by self-styled Clash of Clans ‘commentator’ and YouTube poster ‘Chief Pat’, who claims he received word of the beat from Supercell community manager Stephen Rosenshein.

Pat spoke to Rosenhein at a recent event by the developer in San Francisco, with the Supercell man claiming that Clash of Clans on Android had entered beta phase.

Clash of Clans, which has consistently been one of the top grossing games on iOS since launch, hit Apple’s platform over a year ago, back in August 2012.

Indeed, the following April saw Supercell reveal that, combined with Hay Day, Clash of Clans was pulling in $2.4 million a day in revenue.

Many forum users have already commented on the announcement, and expressed their confusion as to why a company of Supercell’s standing would reveal something as important as a new platform, so furtively.

Supercell is still yet to officially announce details regarding an Android beta, or whether this will be a public or an internal beta.

We’ve reached out to Supercell and will update if we hear anything.（source：pocketgamer）

Michail Katkoff has previously worked for mobile developers like Rovio and Supercell, where he helped create Angry Birds Rio and Clash of Clans. He’s now heading to Scopely, the mobile studio behind iPhone hits like Wordly and Mini Golf Matchup.

“Scopely has launched three consecutive No. 1 games on iOS, and I’m even more excited about the products coming down the pipeline,” Katkoff wrote on a blog post regarding his new job. “

In my new role, I’ll still be working with partners, but now I’ll be back to doing what I love the most; working with game teams to take their games to the next level and sharing my expertise in free-to-play mechanics.”

“Michail is one of the industry’s leading voices in free-to-play game mechanics,” Scopely CEO Walter Driver told GamesBeat. ”His blog, Deconstructor of Fun, has rapidly become required reading for game designers and product managers. We’re thrilled that he’s now able to bring his unique expertise and the experience acquired working on some of the world’s largest mobile titles like Clash of Clans and Angry Birds to Scopely’s partner developers, working alongside them to make great games even better.”（source：venturebeat）

Love may just be a few clicks away, Taco Bell has a “happier” hour, and you — yes you! — have one brand-new Apple iPad unclaimed at this very moment.

This week Google finalized a change that will clear spammy, ridiculous ads like those that pretend to be software updates or important notifications on your phone, and at least 20,000 apps will have to change their ways and stop abusing their users — or risk being kicked off Google Play.

“The ad market has been a gray area, and some ad networks became very spammy,” Rob Weber, the cofounder of native ad network NativeX. “Up to this point Google didn’t take a stand, but now they’re really stepping it up.”

Google made two critical changes to its Google Play Developer Policies in late August, giving developers 30 days to update their apps, or else. The first is that ads within notifications are now banned, and the second is that adding an ad-focused new icon an Android user’s home screen is also banned.

For both of these, it wouldn’t necessarily be clear to users which app was causing the spammy alerts, or how they could easily remove them.

In the early days of Android, Google didn’t make a big fuss over these clearly annoying practices, perhaps partly because developers were having a difficult time monetizing on Android.

Now, however, the Android user experience is catching up to Apple’s at the same time that Android monetization is making big strides — and Apple never allowed these kinds of ads.

In the process, however, Google will be sucking as much as $150 million of developer revenue out of the ecosystem.

“Tens of thousands of Google Play apps were using Airpush [one of the ad networks that promoted spammy ads like these],” Weber says. “They had over $150M in revenue, and we think 50-80 percent of their revenue was from this … and that’s just one of the networks.”

That’s revenue that developers who want to continue to monetize will have to replace, and NativeX is happy to oblige with native ads, as are other ad networks. But developers will have to hurry — this week is the first week of the new Google Play guidelines, and non-compliant apps risk being booted from the most important Android app store. After all, it wouldn’t be difficult for Google to track which apps have these types of ads and demand that they be removed — or else.

“This is an awesome move by Google, and will clean up all this mobile spam,” Weber says. （source：venturebeat）

4）How Kixeye is adapting its social games to mobile

SAN FRANCISCO – Publisher Kixeye has generated big revenues from hardcore social games on Facebook, and it’s a new phase of investing heavily in mobile games as players shift to tablets and smartphones and away from playing PC-based games on Facebook or the web.

But it hasn’t shipped any mobile games yet because it is being very deliberate about how it moves into mobile, said Alan Patmore, vice president of product at Kixeye, in a talk at the Login Conference, an event that focuses on the video game industry.

Basically, the company became very good at “monetizing revenge” as players launched counterattacks on those who attacked their bases.

Now the company wants to follow those gamers as they move to mobile. It’s late in doing so, as some competitors like Supercell are already making millions of dollars a day with games that are not so different from Kixeye’s strategy of giving players “combat in your pocket.” And that has given the company even more reason to be deliberate. Kixeye isn’t giving up on the existing games, and the revenue from those games enables it to move slowly.

But Patmore said that you can’t just take a game designed for the web or Facebook and move it to mobile. You have to redesign it to take advantage of the touchscreen. You have to simplify the user interface so that players can see it on a smaller smartphone screen and touch the various buttons.

Developers also have to simplify game mechanics. Play sessions have to be open to interruptions, Patmore said. But he said the company’s designers aren’t trying to create deliberately shorter “snack-like” sessions. Rather, Kixeye believes that its players will play for longer sessions that can last hours.

“One of the first things the team discussed when we started moving into mobile was session length,” Patmore said. “We kept hearing that on mobile you had to shorten the play session.

That play sessions and game loops needed to be snackable. Mobile gamers don’t want to play anything longer than a few minutes We think this is BS.”

He continued, “Our hypothesis is that players will sit down and play a game on their tablet for hours at a time just like they consume movies or tv on their tablet. Players are becoming increasing sophisticated in their appetites and expectations and are demanding a more immersive, polished, high quality game experience. Our players want to play longer. As a matter of fact this, is one of the key ways we monetize.”

Patmore said that the company has taken its time in getting these concepts right by continuous iteration. But it’s not just spinning its wheels. Kixeye plans to ship three mobile games in the next quarter or two, he sad.

“We are taking minnows, the light touch unengaged players and getting sharks out of those players,” Patmore said.（source：venturebeat）

A new study this week from specialty research firm EEDAR has revealed an insightful connection between how much a person is active in an online mobile game community, and how much they actually end up spending in the game itself. The study also comes hot on the heels of a recent poll conducted by Applifier, which revealed that the highest sources of discovery for a mobile game include reading a user review, hearing about it from a friend or family member, and seeing a friend or family member playing the game.

In essence, EEDAR’s study of 3,000 people who refer to themselves as mobile and tablet gamers has shown a direct correlation between gamers who spend more (referred to as “whales” in the findings) and gamers who share more: that these two gaming habits have simply become one and the same in the mobile games space. In every single category of sharing that was examined for the study, EEDAR found that the heavy-spending mobile gamer’s tendencies to share about a game were at a significantly larger margin than other casual players and non-spenders.

For instance, a whopping 94% of big spenders were likely to tell their friends about a game verbally, as compared to the 65% of low-spending players. Conversely, 91% of big spenders were prone to show their friends gameplay footage, over the 42% of more casual spenders. Other categories of sharing included giving a star rating in a storefront, writing a review on a storefront, and discussing the game online via various forums: each of which brought in a high showing of 76% and above for these “whale” gamers.

All of these findings lead to the further conclusion that “Mobile gamers [who] share heavily through channels that reach a mass audience spend even more.” In addition to these eye-opening figures, EEDAR’s study also determined that big spenders were more likely to share about a game in order to show off their skills and knowledge about a specific title, while more timid spenders would share to feel more involved in the overall community of games. However, it should still be noted that “whales” are much more of a rare thing in today’s mobile industry, and that the average gamer in North America only tends to spend around $2.30 per month on mobile games.

So to the developers themselves, EEDAR poses this very simple question: “Are you creating ways for your gamers to show their skills and build a community?” Because if you are, then it would seem like there’s no finer way right now to help monetize your game and encourage your big players to spend a little more for something they already enjoy. As Patrick Walker, the Senior Analyst at EEDAR states, “Mobile Game companies need to reframe how they view their heaviest spenders. These gamers are not just the ‘Whales’ who spend the most money; these loyal users are the evangelists that spread the word about your game and the best source of new low cost, high quality users.”

Do you consider yourself a “whale” in any mobile game community? Does that mean the low-spending opposite is considered a “shrimp”? So many questions and more! You can scope out the full EEDAR infograph report on these findings just below this paragraph, and be sure to keep the discussion going down in the replies.（source：gamezebo）