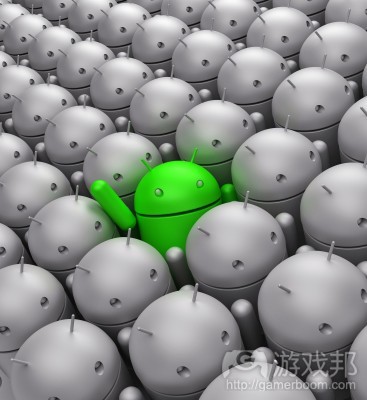 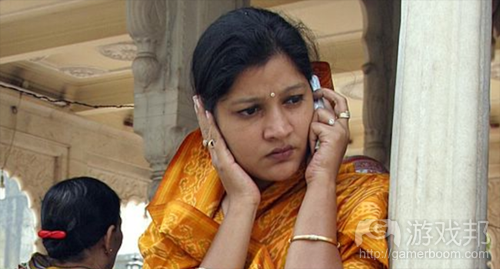 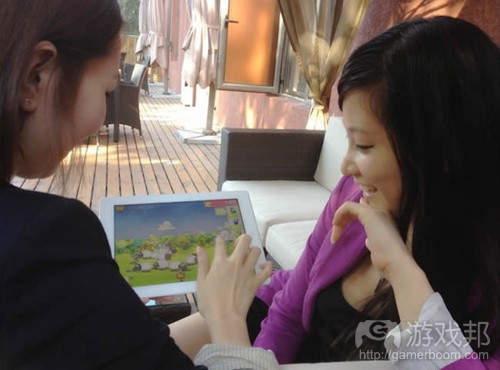 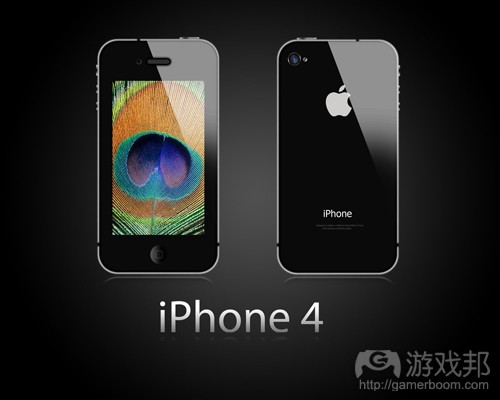 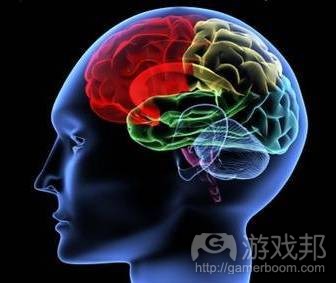 Google has revealed that it has activated more than 1 billion Android devices since the OS was launched.

Reaching – and surpassing – the 1 billion mark undoubtedly represents a huge milestone for Google, cementing Android’s position as the #1 operating system on the market.

Speaking via Google+, Google’s senior VP Sundar Pichai claimed that the innovation of the platform was “driving tremendous ecosystem momentum”.

“Huge thanks to the entire Android community from the hardware manufacturers, chip makers and carriers to the developers and content creators to all of you – our Android users around the world – for making this possible,” he added.

It was only in May this year that Google announced Android activations had surpassed 900 million, meaning a further 100 million Android devices have been activated in less than four months.That’s equal to around 900,900 activations every day.（source：pocketgamer）

Phablets answer for 30 per cent of the countries total market.

The US has long reigned over the global smartphone market, so it was a little surprising when China knocked them off the top spot earlier this year.

Even more so now that India is slipping ahead to second place, pushing the land of the free even further down the line, as reported by the International Data Corporation.

The number of 5.0 – 6.99 inch devices shipped – aka phablets – grew 17 times over a year with shares of the devices progressively growing to 30 per cent of the overall smartphone market.

Smartphone shipments to India shot up by more than 50 per cent in the second quarter of 2013, with the market tripling year-on-year. 9.3 million units were shipped in the same quarter compared to just 3.5 million that time last year.

Nokia – who yesterday announced the sale of its devices to Microsoft – and Samsung who dominate the majority of the worlds smartphone markets including China – both head the Indian market.

However their share has over time been dipping, mainly due to the local vendors such as Micromax, Karbonn, Lava and Intex who have managed to successfully move their lead in feature phones to smartphones.

Cheaper devices which are expected to ship more than 750 million by 2018, are attractive to emerging markets.

Devices priced under $200 have accounted for two thirds of India’s smartphone market.

Kiranjeet Kaur, senior analyst at IDC, said: “The key for growth in this market, as with most emerging markets, is a low-priced phone equipped with a large screen and dual SIM slots.”（source：mobile-ent）

China is a gigantic market that is expected to generate over $1.2 billion in mobile game revenues in 2013, according to Asian market-analysis firm Niko Partners.

Niko released a report on the Chinese market and found that gamers in that country are swarming to smartphones and leaving behind social and browser-based games. The company expects that Chinese consumers will activate around 500 million smartphones by the end of 2013. That’s a massive increase from 100 million active smartphones in early 2012.

“Mobile games make up the fastest-growing segment in the Chinese games market and have taken market share from PC-based casual and social online gaming,” Niko senior partner Kevin Hause said in a statement. “However, the decline in PC spending has not yet materialized on the mobile side. With 80,000 developers and hundreds of app stores, the market is currently very fragmented, and heavy competition means gamers don’t need to pay for games. We expect to see consolidation in the coming year.”

The intelligence firm claims that nearly 80,000 development studios currently exist in China. Those companies release over 100 new games every day.

Niko is selling its full report for $4,000 to help demystify the market for Western studios. The company used Umeng and App Annie, a pair of analytics platforms for mobile apps, to conduct its research.（source：venturebeat）

4）iPhone up, Windows Phone up, Android down in latest mobile marketshare numbers

First-time buyers are turning away from Android as Apple’s three-year-old iPhone 4 was the top model for feature-phone switchers in the last three months, according to the latest numbers from Kantar Worldpanel.

Proving once again that the U.S. smartphone market is a very, very different animal.

“Android’s decline in sales is  due to its decreasing share of first-time smartphone buyers, a key consumer group in the US, as over half of the market still own a featurephone,” Kantar’s Dominic Sunnebo said.

Android, of course, has a massive global market share lead, with 80 percent of smartphone sales worldwide — especially in developing markets such as China, where Apple’s iPhone is seventh. But American buyers showed again that they still love Cupertino’s shiny white and black devices.

And that’s with no new devices from Apple in about a year.

“Between July 2011 and July 2012, 52% of customers that bought an Android device previously owned a feature phone. Over this past year, that number has declined to 46 percent,” Sunnebo said. “iOS, on the other hand, has maintained its share of first-time smartphone buyers over two years (43 percent). The iPhone 4 in particular, has seen its share of purchases among first-time buyers increase, from 9 percent in July 2012 to 15 percent in July 2013- making it the top model among this consumer group.”

Sunnebo sees good things ahead for Windows Phone as a result of Microsoft’s recent acquisition of Nokia’s handset business.

Nokia still represents seven percent of feature phone sales, and those buyers will be upgrading at some point. In addition, Nokia has already shown strength with Windows Phone in European nations such as Italy, where it achieved 13.1 percent of new phone sales, and Mexico. In the U.S., the Nokia brand is nowhere near as strong, but Windows Phone’s appeal to first-time buyers, Sunnebo says, will help Microsoft and Nokia.

Of course, Apple is also planning to unveil new iPhone models — and possibly more — on September 10 in Cupertino. With new models for the Christmas buying season, Apple will likely be able to increase its U.S. market share even more. And, with a cheaper iPhone 5C, perhaps even make a dent in those more price-sensitive developing markets.

Kantar’s data is derived from 240,000 conversations with consumers annually in the U.S. alone, and tracks actual customer purchases of phones rather than shipments.（source：venturebeat）

A new study by the University of California at San Francisco purports that brain-training games may help elderly players improve their ability to multitask.

The paper, which is printed in Nature, is the latest of a long legacy of academic studies attempting to measure the effects of games on cognition. Another study written up in WebMD earlier this year indicated video games were more effective than other, non-digital games such as crossword puzzles at improving cognitive speed and flexibility in older players.

However, a meta-analysis of several studies on the subject also published this year holds that many of the brain-training games under analysis don’t actually provide better overall cognition — just better performance at the specific skills on which players are being tested.

So it’s worth noting that this UCSF study, conducted by director Adam Gazzaley of the university’s Neuroscience Imaging Center, tested under such conditions as well: a sample of players aged 60 to 85 played a specifically-tailored game, NeuroRacer, for 12 hours a month and were then tested against a sample of 20-year-olds who were not at all familiar with the game. The 60-85-year-olds performed better on the whole than the 20-year-old group, but given the extent that familiarity affects playing ability even among regular game players, that in itself isn’t so significant.

That being said, the 60-85 group were retested on a monthly basis for six months after their training and were able to hold on to some of those improvements, and also showed improvements to memory retention and other faculties not specifically tested by the game, so it’s possible there are some real material results here.（source：gamasutra）