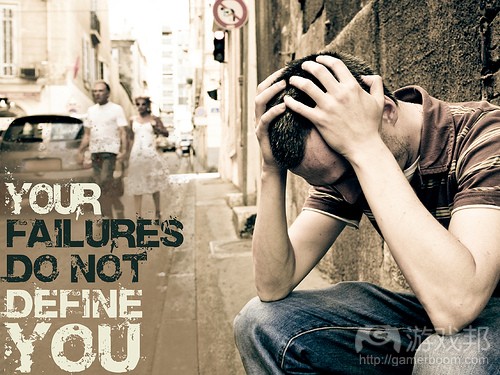 Confessions of a failed indie developer

At the Develop Conference in 2011, Sean Murray of Hello Games was the keynote speaker for the Indie Dev Day. One key point he made was that we hear a lot about the successful indie developers, but barely ever hear from those who failed in the pursuit of their dream. This is my story.

In April 2011, I left Lionhead Studios after 3? years working on the Fable franchise. I’d been a programmer in the games industry for nearly 11 years at this point and felt a burning desire to build a game on my own, rather than being part of a large team. A few of my friends had made the switch from AAA to indie with some success so I felt with my experience I had a decent chance. With not much money in reserve, I formed Razorblade Games and began work on a (still untitled) game.

My fellow indie friends advised me I should start small, perhaps making a puzzle game for iOS/Android using Unity and building the company from there. Arrogant as I was, I completely ignored this advice and set about building a game of my own on PC, on the basis that I already owned a PC and a copy of Visual Studio, so there would be no initial outlay of money to get started. I believed at the time that I would have a shippable game by around September that year.

When I say I started building a game, this isn’t strictly true – what I actually built was a graphics engine. The game design gradually formed as I was working over the first couple of months. I knew that my art skills were greatly lacking, so I had a vision of a stark first person sci-fi setting, with simple geometry, small rooms and no human characters – the game mechanic based on switching between alternate universes and changing the direction of gravity in order to solve puzzles. If this sounds a little like Portal, you’re right – that game was a huge inspiration for the project.

Things went well. I was writing a lot of code, new engine features were being added daily and I was learning to use Blender to build the game levels. I was highly motivated, happy to be free from employment and getting a lot of satisfaction from the work I was doing. I was writing AltDevBlogADay articles about how awesome it all was. In July I went to the Develop conference in Brighton,  taking a build of my fledgling game to show to people – a small, single level showing the core alternative universe switching and gravity manipulation mechanics. I talked with people about my vision of what the game would (eventually) become, I talked about how I’d built the game engine from scratch – the physically based lighting, HDR, motion blur, FXAA, etc. People seemed impressed.

However, there was huge elephant in the room – money. I was living off savings and my wife’s income, but with a mortgage and two children, this was running out fast. I needed external funding to keep going. Looking back I’m not completely sure why I didn’t try talking to a publisher or venture capitalist – I guess I was paralysed by a fear of rejection. Instead I thought crowdfunding was the answer. Kickstarter was becoming popular, though unfortunately was not available for UK based projects at the time, so I used the now closed 8bitfunding.com. This site had the “advantage” that you got your pledge money straight away, rather than having to hit a funding target first. I was initially amazed by the interest people showed and money was starting to come in. I wrote emails to every gaming website I could think of, with a link to a short (silent) YouTube video of the game, trying to get some press to promote the campaign. Only one gaming blog wrote an article about my game, and one other wrote back saying they’d be interested if there was more content. They were right – it was a pretty amateur attempt at announcing a game.

The income quickly stopped, most of which had come from friends, Facebook and Twitter associates. I had created the crowdfunding campaign asking for $10,000. In total I made enough to pay the mortgage on our house for just two weeks – clearly not nearly enough to sustain development. I did a some paid work for Digital Foundry, as a writer and consultant on a few technical gamedev articles, but again this was small change in the grand scheme of things.

Eventually, something had to give, so I started looking for a paid job. At the end of October, the lovely people at Relentless Software offered me a four month contract working on Kinect Nat Geo TV. I fully expected to save a bunch of money and start again with Razorblade Games after this time, but I ended up staying at Relentless for a full (and fun) year and ended with very little cash in reserve (commuting to Brighton on a daily basis was more expensive than I had estimated!). I continued to work on my own game on a laptop on the train journeys to and from work, redesigning the game to focus on the gravity manipulation as the prototype showed that the alternative universe switching just wasn’t that good as a game mechanic.

However, I didn’t do anywhere near as much work as I had done in six months working alone at home. I found it hard to mentally switch from working on one codebase during the working day and my own outside of this time, so ended up focussing my efforts on the paid work at Relentless.

Today, I’m working for Pitbull Studio in Guildford, working with Epic Games on Unreal Engine 4. This is satisfying and fun work, but there’s still the niggling desire in the back of my head to get back to writing my own game(s). I just don’t know when (if ever) this will happen – I haven’t done any significant work on it for a long time.

To the people who sent me money in my crowdfunding campaign, I’m eternally grateful for your (perhaps misguided) belief in me and the game I was building – I still owe you all a game!

To summarise, these are the major lessons I learned…

I vastly underestimated the money needed to pay for the project. You need a good source of funding, or a lot of savings to make the indie adventure work. Relying on a crowdfunding campaign is a huge gamble that’s unlikely to pay off unless you can get a lot of press and/or are already well known.

Building my own engine, whilst fun and a great learning experience, was an expensive mistake. For six months’ work all I had to show for it was a short proof of concept demo. I should have used UDK, Unity or one of the other available game engines and got on with building a game, but my pride as an experienced game engine programmer didn’t let me!

I was sorely missing an artist or level designer – I struggled with Blender and it took me an awfully long time to build the demo level I had. Also, having someone work with me would have been a great way to get feedback on what I was doing.

I vastly underestimated the time it would take to build the game. My prediction of shipping my first game in September 2011 was, in hindsight, laughable. I actively avoided any detailed scheduling and management of the project, preferring to just get my head down and write code – this was a mistake, particularly given the slim funds I had at my disposal. In fact, I had no real business plan at all – Make game, ???, PROFIT was about as detailed as it got.

Whilst an expensive “failure”, I still count the six months I spent on Razorblade Games as one of the happiest and satisfying times of my life. I learned a huge amount in this time and would (will?) definitely do it again!(source:gamesbrief)