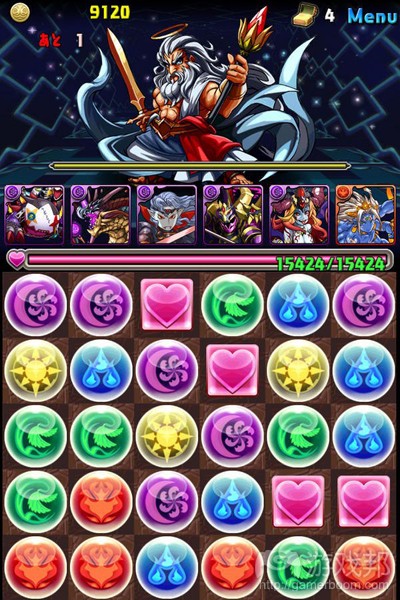 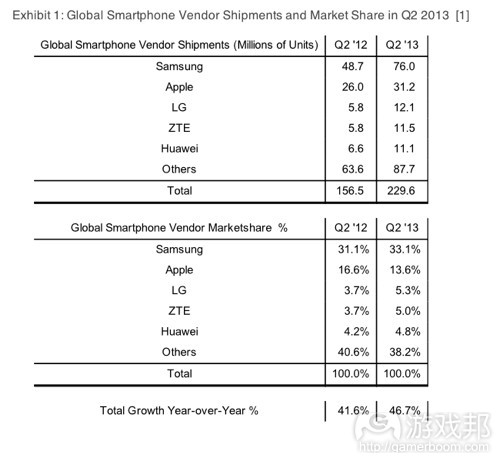 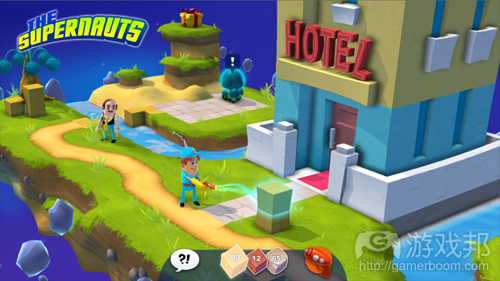 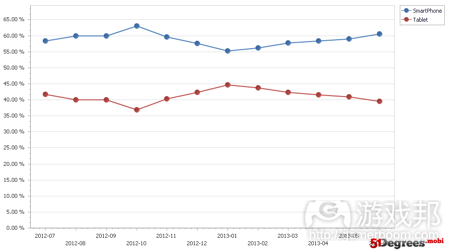 1）Puzzle & Dragons Maker GungHo Made US$4.9 Million Per Day In Sales Last Quarter

Here are the main data points in English for that time frame (the report is available in Japanese only):

There can absolutely be no doubt that the main driver behind these numbers is Puzzle & Dragons.

What’s also interesting is to look at the April – June quarter separately:

So this means that GungHo made US$4.9 million in sales per day between April to June this year. Net income per day stood at US$1.8 million: that’s a lot of magic stones. (Note that GungHo operates other mobile games, in addition to titles for consoles and PCs.)

But not all is looking great for the Puzzle & Dragons maker: in the same document linked to above, the company says it sees its monthly sales for July hit “just” US$138 million.

If that figure becomes reality, it would mean that this month would only bring US$4.5 million in sales per day, meaning growth (on a daily basis) is slowing down when compared to the previous quarter as a whole.

Puzzle & Dragons in Japan hit 17 million registered users last week, but here, too, growth appears to be slowing down slightly.

This development might also be the reason why GungHo just on the weekend told The Nikkei that Puzzle & Dragons will be released in certain countries in Europe this year, why the teaser site
for the upcoming 3DS version “Puzzle & Dragons Z” was renewed today, and why GungHo added a title called Freak Tower to its lineup in the US a few days ago.（source：serkantoto）

Global smartphone shipments have seen a massive 47 per cent rise in Q2 of this year to a record 229.6 million compared to last years 156.5 million, stated Strategy Analytics.

Smartphones accounted for 59 per cent of all mobile phones shipped globally, in what was the largest volume ever in a single quarter – a surge driven by increased demand for 4G in developed
regions and 3G in emerging markets, such as India who also recently experienced a 400 per cent growth in tablet sales.

Samsung owned one-third of all Q2 smartphone volumes, growing 56 per cent annually and shipping a record 76 million units capturing 33 per cent marketshare, all record breaking results for the electronics company.

This was double the amount of Apple’s shipments of its iPhone, which was a mere 31.2 million worldwide – up from the year before however growing at a snails pace of 20 per cent annually,
less than half of the overall industry average of 47 per cent.

LG’s shipping performance has doubled year-on-year to 12.1 million units in Q2 – holding its title of the worlds third largest smartphone vendor with 5 per cent share. The improvement could
mean that LG will become a worthy competitor for Apples second place position.（source：mobile-ent）

3）Could we be seeing the next hot mobile dev from Finland?

Finland-based Rovio (Angry Birds) and Supercell (Hay Day) have both made a considerable name for themselves in the worldwide mobile market. Now, a third Finnish mobile developer with a hefty war chest of startup cash is prepared to come out swinging: Grand Cru.

Cobbling together more than $11 million U.S. from investors including Qualcomm Ventures, Nokia Growth Partners and Idinvest Partners, the 25-person startup is currently at work on

Supernauts, described as a more “accessible,” third-person spin on Minecraft.

Grand Cru comes stocked with a storied executive team, with veterans from Habbo Hotel developer Sulake and the German social game company Wooga. The plan is to build the company slowly, using the profits from its inaugural title to prop up its operations, rather than hiring fleets of staff right out the gate.

Grand Cru’s Supernauts has been in development for two years, says Warin, and the company only plans to launch “when it’s ready.”

“We will not fumble on the finish line.”（source：gamasutra）

4）One third of all UK residents are mobile social networkers

One third of all UK residents are mobile social networkers

The number of people who visit social networking sites via a mobile device in the UK is expected to rise from 65 per cent to 84.6 per cent in the next four years, reported eMarketer.

The 20.8 million mobile social networkers account for around one third of all UK residents, a number expected to increase by around 10.3 million by 2017.

Usage of social networks on mobile is largely amongst a younger demographic – with a projected 10.1 million users being aged between 18 to 34 years old expected by the end of this year, which is almost half of all UK users. Adults aged between 35 to 44 also have quite a large audience accounting for around 19.5 per cent.

Three out of four people aged between 18 and 24 will access a social network on mobile at least once a month. This is expected to increase to around 90 per cent in the next four years.

A rise in growth rates are expected in the 12 to 17 and 55 plus age ranges as they adopt smartphones later than the mid-age ranges. （source：mobile-ent）

5）iPhone gains, Android cools, and Apple wishes that the U.S. was the world

The green robot, however, still has majority market share.

A strong performance from Verizon in which 3.8 million of its 7.5 million new smartphone activations were iPhones gave us a preview of Apple’s unexpectedly large iPhone sales this past quarter. Thanks mostly to that growth, Apple grew iOS sales from April to June by about 8 percent over last year, moving from 39.2 percent market share to 42.5 percent. That’s up from the previous Kantar three-month period, in which Apple held 41.9 percent share, which itself was also higher than 2012 numbers.

Android still comfortably owns the market with 51.5 percent market share, down slightly from 52.6 percent, while globally the numbers are even stronger, of course. When you look at global numbers, Android has held about a 75 percent market share since mid-2012. The question becomes, however, what could Apple have done with a new, cheaper iPhone — recently accidentally confirmed by China Labor Watch.（source：venturebeat）

iPhone traffic is back on the rise.

Traffic on the iPhone has been gradually regaining strength after a rapid dip earlier this year as it hits just over 60 per cent, according to 51Degrees.mobi.

iPad web traffic took a hit in late 2012 reaching an all-time low of around 35 per cent but began climbing to almost the same amount as the iPhone.

However this surge was short lived as the iPad immediately began to experience a drop in activity, whilst the iPhone saw its traffic persistently increase.

The decline in web traffic for the iPad has followed a slowing down of sales of the Apple tablet, which dropped 14 per cent to 14.6 million units in June this year, compared to 17 million a year before. （source：mobile-ent）