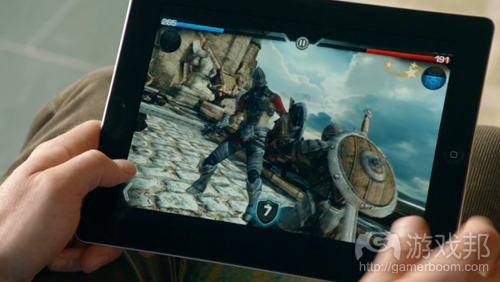 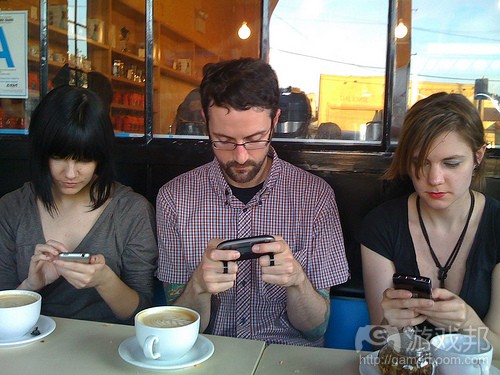 69 per cent of tablet owners regularly play games on their device with 31 per cent purchasing in-game virtual goods, a study from Magid and PlayFirst has shown.

The average spend for virtual goods is $48 each in the last year, which equates to around $914 million – nearly three-times the amount on smartphones which currently stands at $341 million.

This isn’t to say the the smartphone is unpopular when it comes to mobile gaming, as there is an average total of 54 million users, which is a 50 per cent year-on-year increase.

“The tablet is really the TV of video – the great majority of tablet owners love tablet gaming, and the tablet is becoming their go-to device for gaming.”

Android is continuously growing, however, iOS retains the lead in total number of gamers by a wide margin, with users more likely to pay for games and in-game virtual goods.

The average tablet gamer downloaded nearly 25 games in the last 12 months, compared to 20 games downloaded on a smartphone, so there isn’t much in it, but the tablet is showing no signs of slowing down. （source：mobile-ent）

PC shipments dropped by 10.9 per cent year-on-year in Q2 to 76 million worldwide, according to results from Gartner.

PC manufacturers HP and Lenovo continue to compete for shares and sales. Lenovo regained the top position seeing a strong growth in the Americas and EMEA, however, experienced a significant decline in APAC with the biggest contributor to the decrease being China.

Even though Lenovo is ahead, HP still remains the market leader in key regions such as the US, Latin America and EMEA. And while it experienced significant weakness in APAC, the past quarter result suggests improvement of its performance there.

However with more and more affordable devices being released each year, it is only a matter of time before the notebook PC becomes entirely irrelevant.

Mikaki Kitagawa, principal analyst at Gartner, said: “In emerging markets, inexpensive tablets have become the first computing device for many people, who at best are deferring the purchase
of a PC. This is also accounting for the collapse of the mini notebook market.”（source：mobile-ent）

3）Americans love their smartphones more than sex, showering, and church

Apparently we love our smartphones. More, perhaps, than our significant others, God, or personal hygiene.

Nearly one in 10 American adults in a recent study admit to using smartphones during sex — jumping to a full 20 percent for younger adults aged 18-34. That’s not the only unorthodox time we use our phones: 12 percent of us have taken our phones into the shower (presumably in a plastic bag?), and almost one in five say they’ve used their smartphone in church.

Of course, that was just for checking their Bible apps. Right?

According to the 2,000-person study conducted by digital identity company Jumio, 72 percent of us are within five feet of our smartphones at all times.

“People view their smartphones as an extension of themselves, taking them everywhere they go,” Jumio’s marketing chief Marc Barach said in a statement. “And panic sets in when consumers are separated from their devices.”

More dangerously, despite the fact that most states have laws against talking or texting while driving, more than half of us use our smartphones while driving our cars. In fact, 55 percent of Americans text or talk and drive, according to the study.

Not quite as dangerous, but possibly more annoying, 35 percent of us admit to using our phones in a movie theatre.

Interestingly, when it come to privacy, married people are more likely to leave their phones unlocked — and less likely to snoop on others’ phones. Among single people, 69 percent lock their smartphone with a password, probably because 42 percent of them admit to snooping on someone else’s phone.

Married smartphone owners, by contrast, tend to leave their phones unlocked more often, with only slightly more than half protecting their phones. And only 25 percent of married respondents said they’d snooped on others’ phones.（source：venturebeat）

4）Mobile app growth exploding, and shows no signs of letting up

SAN FRANCISCO — The number of apps is exploding, driven by a huge uptick in the number of mobile devices — and people are using those apps all day long.

Flurry, a company that provides app developers with tools to measure how much people are using their apps, released data on “the state of the apposphere” today at MobileBeat 2013,

Flurry’s slides below show some of the data it’s collected on mobile app usage worldwide.

Those apps are on one billion devices, giving Flurry data on more than three billion app “events” each day. The company tracks events such as a customer starting up an app, making a purchase within the app, leveling up within a game, and so forth.

The company now collects data on 1.3 trillion different in-app events each month. The growth in app events that Flurry tracks matches the explosive growth across the board in mobile app usage.

“We’re seeing a tremendous disruption by mobile” as huge numbers of people move from the traditional web to mobile devices, Fuloria said. That’s being driven by the large number of mobile devices around the world — and there’s plenty of room for more growth.

For instance, China recently surpassed the U.S. with the number of smart devices, with 240 million smartphones and tablets in use. But that represents just a quarter of China’s population, which means potentially, there’s far more room for growth in China. Ditto in India, which has the same number of smart device users as Canada — but has 36 times the population.

Significantly, Flurry has found that app usage is driven by all kinds of apps across the board: productivity apps, games, lifestyle apps, social networking, and more.

People’s usage of apps doesn’t change much during the day, either. Although there’s a drop-off in the number of people using apps late at night and in the wee hours of the morning, some use apps around the clock.

And the mix of what kinds of apps people use remains relatively consistent throughout the day. In other words, there’s no particular time when people site down for intensive gaming sessions; they are “snacking” on games — and all other types of apps — in pretty much the same proportions all day long.

Diving into one particular demographic, Flurry revealed that mothers also use a wide range of app types — including games.

In other words, Fuloria said, “Moms are gamers, too.”

In a panel discussion following Fuloria’s presentation, other mobile service providers focused on some of the challenges brought about by this explosive growth in app usage.

“It’s certainly experiencing explosive growth,” said Josh Williams, the president and chief science officer of Kontagent, regarding the app world. “But along with that, there are a lot of pain points for developers, and for existing businesses.”

For example, there’s a lack of standards and consistency in delivering mobile advertising. No one has yet found a truly effective ad format, and more innovation is needed.

As a result, while the advertising industry spends roughly $40 billion on web advertising each year, only $4 billion of that is directed to mobile ads, said Jeff Drobick, the chief product officer at Tapjoy.

“How do you take a traditional display ad and make it relevant without distracting the audience? That’s something we all struggle with every day,” Drobick said.

“You see a lot of innovation … but there’s still a lot of directly translating what’s happening on the web to mobile, and that’s a big part of the gap in mobile monetization today,” said Williams.

“We haven’t built the killer ad format for mobile yet,” Fuloria agreed.

For instance, many refer to the smartphone as the “third screen” after televisions and PCs.

Not so, said Gillis: “Mobile is the first screen. The tablet is the second screen.”

Gillis also noted that the pendulum has perhaps swung too far from the mobile web over to native apps. While native apps are clearly the best solution for some categories, such as games, they’re not necessarily what people want to use in all cases.

“The industry has intentionally pushed users to apps,” Gillis said, referring to those ubiquitous pop-ups on mobile websites directing you to download the company’s app. “The industry has gone overboard in trying to shift user behavior,” said Gillis.

According to Fuloria, that push is driven by the better experiences that apps offer — and by the increased engagement that companies see with app users.

I asked him if there were any drawbacks to that approach, given that apps offer none of the interoperability and open standards of the mobile web.

In other words, it looks like the push towards mobile apps shows no sign of letting up. It’s working for customers, for companies, and — with some hitches — for advertisers.（source：venturebeat）

According to a new report by Eilers Research, Caesar Interactive Entertainment has displaced Zynga as the number one social casino game publisher as originally reported by VentureBeat.

Caesars Interactive Entertainment, as a subsidiary of Caesar Entertainment, is part of the world’s largest gaming company. It has built its social gaming portfolio with studio acquisitions such as Playtika and Buffalo Studios as well as through partnerships with Microsoft and Electronic Arts. With these acquisitions, Eilers Research reports that Caesars now holds 18.6 percent of the overall social casino market in the second quarter.

In comparison, Zynga holds 15 percent of the market share now. With Zynga focusing on real-money gaming in its latest shareholders meeting, losing the top spot may hold a lasting affect. However, it is taking steps to strengthen its offerings with the acquisition of Spooky Cool Labs last month.

The overall social casino market is expected to grow 67 percent to $2 billion total by the end of 2013 says Eilers. While the expected growth is encouraging, the market has the potential of becoming over saturated. It is possible for Zynga to quickly reclaim the top spot, but only time will tell.（source：insidesocialgames）

Capcom is laying off an undisclosed number of employees today as part of a company reorganization.

“After nearly eight years, it is my final day at Capcom,” Svensson wrote on his Google+ page (as spotted by IGN). “This departure is not a bad thing for me, and it’s happening mostly because I’d suggested it during the early planning for today’s reorg. While I wish the company the best of luck, Capcom is going in a different direction, and the need for people at my level, relative to other areas, is lacking. Those who know me well know that I’ve been ready to go for quite some time.”

Svensson oversaw all of Capcom’s North and South American publishing efforts. He was also well liked in the fighting-game community for interfacing with that crowd regarding Capcom’s titles.

“Sadly, I’m not the only one affected by the reorganization today,” wrote Svensson. The former executive says that he wants to help those others find new work and is asking for help from the gaming industry to make “love connections.”

We’ve reached out to Capcom to determine exactly how many jobs it cut, and we will update this post with its response.

“As for my future, I’ve got a few interesting opportunities from a variety of sectors in the gaming market already lined up for consideration,” wrote Svensson. “About the only thing they have in common is that the level of authority will be more in line with the levels of responsibility than I’ve had the last several years, and they all have the potential to disrupt the gaming space in exciting ways.”

Capcom joins Activision, Electronic Arts, Square Enix, and Valve in the club of publishers and developers that have recently cut staff.（source：venturebeat）