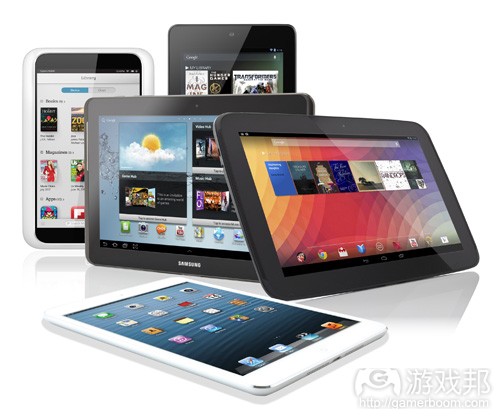 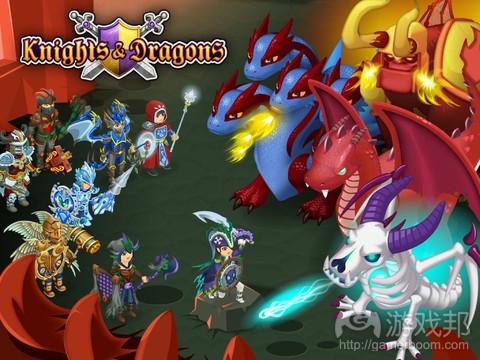 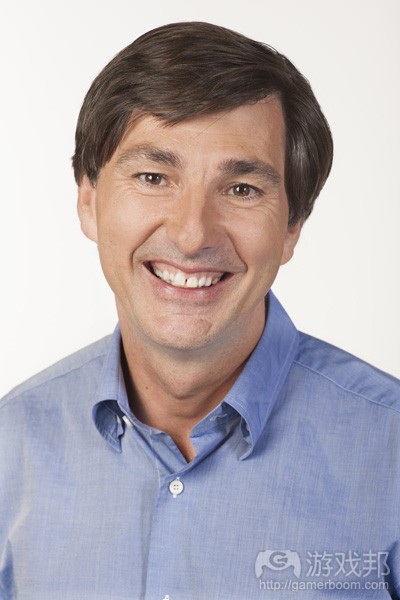 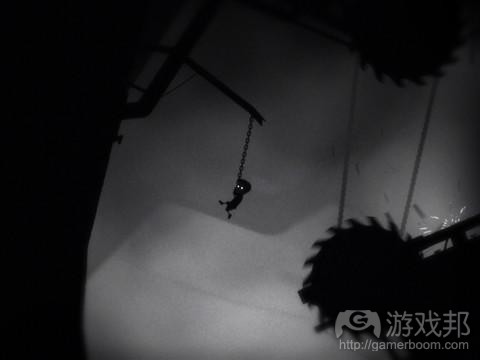 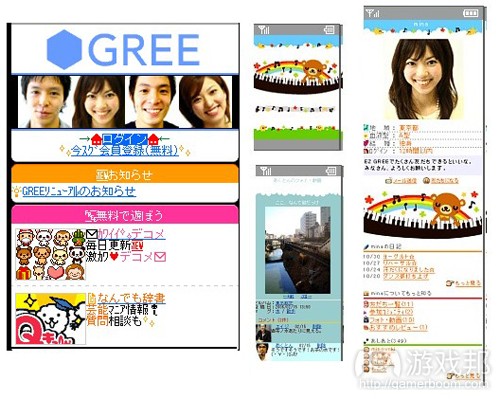 Ninety-seven cents out of every dollar spent on tablets in 2013 will be spent in North America, Western Europe, Japan, and Korea, according to a new report from ABI Research.

Thirty-nine million tablets were shipped in the first quarter of 2013, report author Jeff Orr says — the second most ever — only beaten by 2012′s Christmas shopping quarter, traditionally one of the strongest quarters. That quarter saw 52.5 million tablets shipped. The lion’s share of those tablets were sold in developed, wealthier nations.

And that trend looks to continue.

“North America is forecasted to claim nearly half of the estimated $72 billion expected to be spent this year on tablet devices,” Orr wrote in a statement. “Western Europe and Asia-Pacific will also have their hands in the honey pot for a combined 50 percent of world tablet revenues.”

That’s an interesting prediction, more for who it doesn’t include than who it does include.

China, which surpassed the U.S. as the world’s leading smartphone market sometime last year, still isn’t a major player — or even a minor player — in tablet sales. That might be due to the fact that Asian buyers have typically adopted the fablet trend more than Western consumers, perhaps preferring one mid-sized device over a standard-sized phone plus a larger tablet.

Given the focus of the tablet market on wealthier nations, one big question is whether Apple can maintain its tablet lead. Analysts have predicted that this is the quarter in which Android tablets will hit 60 percent market share. The race is particularly important in an era of declining laptop and desktop sales, as early 2013 will almost certainly see tablet sales outpace PC
sales.

The other question is when Russia, China, India, and Brazil will join the crowd of countries currently driving the tablet trend.（source：venturebeat）

2）Brazil, Russia, India and China to lead the smartphone market in 2018

Developing countries explode as China is set to become bigger than the US this year.

ABI Research has forecasted the top seven smartphone markets for 2018, which will include the four BRIC nations.

Naturally, the US, which has been knocked off the top spot this year by China, is included in the top four along with India and Brazil.

Russia will be the 11th largest smartphone market in 2013 but will slowly climb to seventh during the five year period to join its BRIC friends.

Michael Morgan, senior analyst at ABI Research, said: “With room to grow the emerging BRIC nations are displacing established markets such as the US and Japan as market leaders in terms of smartphone shipments.”

The forecast shows that the top five countries will dominate 51 per cent of worldwide smartphone shipments, with the BRIC countries accounting for 33 per cent of overall shipments, which is down from 39 per cent this year.

These results all depend on how the market will develop over the next five years regarding manufacturer delivery optimisation and appropriate device pricing for the BRIC consumers.

The research also notes that Android and low cost hardware has given access to lower cost service providers for smartphones in the past two years.

Jeff Orr, senior practice director, ABI, added: “When you look at operating system share in emerging markets, you tend to find that Android has been busy fulfilling its mission to bring the internet to consumers who can’t afford a traditional PC or Laptop.”（source：mobile-ent）

Aims to smash $5m by the end of the year.

It was launched as part of the GREE Partners Fund and was the first title to debut under the scheme, which focuses on the development of freemium mobile games.

IUGO aims to double the figure in the next couple of months and has long-term goals of passing $5m in monthly revenue by the end of the year.

Working with social games network GREE offered access to analytics that enabled the teams to witness a 75 per cent spike in average revenue per daily active user.

Jim Ying, VP of publishing and partnerships at GREE International, said: “Knights is our first collaboration with IUGO and we have big plans for the game going forward including building new multiplayer features and on-going in-game events for players. We’re just getting started.”

Hong-Yee Wong, CEO of IUGO Mobile Entertainment, added: “The publisher/developer relationship is really built on the ability to learn from and share expertise and resources. Knights &

Dragons is a great example of what that kind of partnership can bring to the market and to the players.”（source：mobile-ent）

Don Mattrick may have departed Microsoft failing to endear many to the upcoming Xbox One, but free-to-play giant Zynga is still paying out plenty to retain him as the company’s new CEO.

Here is how it breaks down, via Zynga’s regulatory 8-K filing [docstoc]:

Mattrick will also be eligible for additional, performance-based inducement grants similar to those paid to other Zynga executives, valued at $7M. He will also receive a (standard) $60,000 payment for legal fee costs, a severance package worth $2M plus twice his target bonus, a further prorated bonus, and accelerated vesting for all his grants.

With much of the package based on equity, a lot of its value will depend on Mattrick’s ability to restore Zynga to, or even exceed, its former glory. Stocks rose following the initial announcement, but at least some analysts remain skeptical about Mattrick’s long-term effect on the company, even scaling back their revenue projections for the 2013 fiscal year.

Nevertheless, if you had any fear that Mattrick will not be sleeping comfortably in his new digs, worry not. Zynga appears quite confident that their new CEO will ensure no cow goes
unclicked. （source：gamasutra）

5）PSA: Limbo is now on iPhone and iPad

Calling all puzzle, platform, and adventure fans (not to mention people who just like things that are completely outlined in dark shadows)! Playdead’s Limbo is out now on iPhone and iPad for $4.99. The game helped usher in a new era of indie games when it was first released back in 2010, and still holds an incredibly high regard as far as indie games are concerned even today.

The dark, atmospheric, and minimalist platform-puzzle adventure follows the journey of an unnamed boy who is cast completely in shadows, as he tries to escape this new environmental prison he finds himself in. Saying anything more about what Limbo has in store will spoil the mystery of going alone into the unknown, which is easily one of the greatest things about this game.

So if you’ve never played this one before, now you really have no excuse not to!

And if you need some more convincing before taking the plunge into the murky in-between world of Playdead’s creation, you can read our near-perfect review of the PC version of Limbo right over here.（source：gamezebo）

6）Report: GREE’s April-June Sales And Profit Down By 10% And 70%, Respectively

From time to time, Japanese business daily The Nikkei reveals financials before listed companies do in their quarterly reports or other statements.

Today, the newspaper says it has learned that GREE (3632) will likely announce that sales and profit went down in the April-June period, both year-on-year and quarter-on-quarter.

Please note this hasn’t been confirmed or denied by GREE itself yet, including the more detailed numbers below.

According to The Nikkei, GREE’s sales dropped 10% to around 35 billion yen (US$ 348 million) between April and June on the year, decreasing for the third quarter in a row.

In the same time, operating profit has apparently dropped “more than 70%” to around 5 billion yen (US$ 49 million) on the year – if the report is accurate, that would be GREE’s fourth quarter in a row with a sliding profit.

The April-June profit would also be 50% short of the previous quarter.

As a reaction, GREE is said to cut “20 social games” that are not performing and intensify its focus on smartphone game production.

According to The Nikkei, the main factors contributing to these numbers are GREE failing to produce hit titles among intensified competition from other gaming companies like Puzzle & Dragons maker GungHo, rising personnel costs, and its growing (but not yet profitable) international business.

I personally think these are all valid points but that GREE’s challenges lie much, much deeper – at the core of the company’s DNA, so to speak (for example, the Nikkei report doesn’t mention the performance of GREE’s platform business at all).

And I also think the company shares these challenges with its main competitor in Japan, Mobage operator DeNA (2432): in this “new world” of smartphones and apps, there is a reason why LINE Corp, which also doubles as a platform and content provider, publicly says it’s not pursuing the same business model as GREE or DeNA.（source：serkantoto）