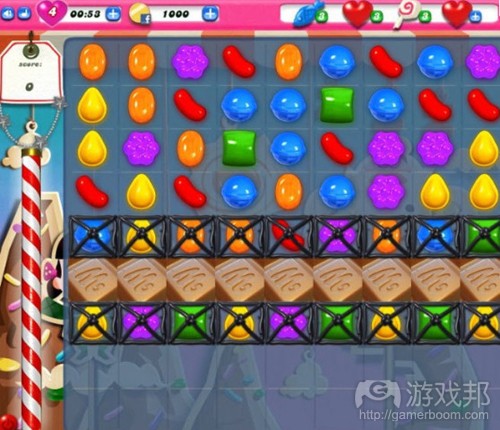 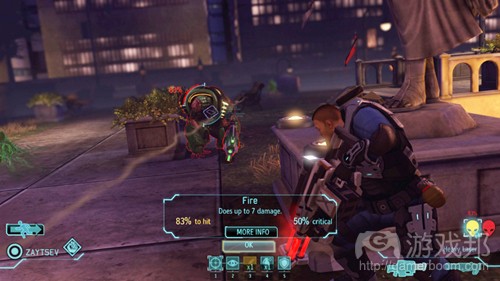 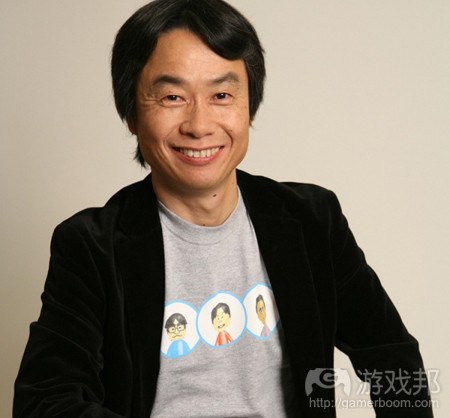 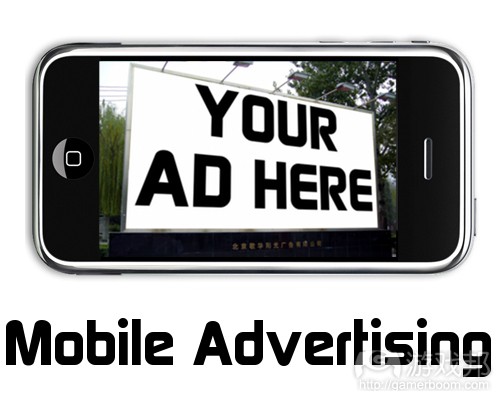 As major publishers like Microsoft and Sony reload for the next-generation console war, social-game developers like Zynga, King, and GungHo continue battling it out on mobile and Facebook.

On the social front, Zynga continues to lose ground as Candy Crush Saga developer King gains more players every day. The puzzle title, which debuted in November, quickly established a major presence on mobile devices, but it just took the top spot on Facebook in terms of daily average users and gross revenue.

“Although our top social developers survey for May again placed Zynga in the No. 1 spot, King appears poised to surpass the former social-gaming leader during the period as it is gaining

DAU as Zynga sheds them,” Cowen Partners analyst Doug Creutz said in a note to investors. “We also note that our estimate for Zynga.com’s ‘playing now’ users dropped another 10.8 percent during the period to an average of just 800,000.”

That’s in comparison to King’s phenomenally successful Candy Crush Saga, which took the top spot across all of the top-grossing charts for both social and mobile, according to Cowen’s research.（source：venturebeat）

At least one developer believes our future is a digital-candies-based economy. Candy Crush Saga developer King is hiring banks to help it pursue an initial public offering (IPO) in the

United States, according to the Wall Street Journal.

Candy Crush Saga is one of the most-played and highest-grossing social games on mobile platforms and Facebook. That success is leading King’s executives and its investors to consider taking the publisher public.

“King’s success and growth presents numerous opportunities for the business to develop further, and one option would be to take the company public,” a King spokesperson told WSJ.

“However, while it’s an option for the future, we would not comment on when we could consider making such a decision.”

Social-game developer IPOs don’t have a stellar track record. In 2011, Zynga went public with a lot of attention from Wall Street. Zynga debuted its offering at $10 a share in December 2011. After shooting up to $11, the stock quickly shed its value.

Since then, Zynga’s shares have lost nearly 70 percent of their value. It is currently trading at $2.89. That drop is largely attributed to Zynga failing to re-create the success of its games, like FarmVille and CityVille.

King could face a similar issue. Candy Crush Saga is a gigantic success, but the company’s other releases haven’t duplicated that performance. Even with King generating a ton of revenue,

Wall Street might not have a lot of confidence in another studio coming out of the volatile social-gaming sector.

Apax Partners, a private-equity firm, and Index Ventures, a venture-capital firm, invested nearly $50 million in King in 2005. Both would stand to benefit greatly from an IPO.（source：venturebeat）

XCOM: Enemy Unknown is one of the best games of 2012. That’s why iOS gamers are excited that publisher 2K Games announced the sci-fi strategy title is heading to iPad and iPhone devices.

Now, the company is revealing a date and price — and the latter might dampen the excitement.

Developer Firaxis and 2K will release XCOM: Enemy Unknown for iOS on Thursday (June 20) for $20. While that price puts it at about half the cost of the game for PC (it’s $40 on Steam right now), $20 is a lot of money on Apple’s iOS App Store.

To 2K’s credit, it claims it ported the entirety of XCOM’s single-player campaign iPhone and iPad. Gamers won’t have to settle for some truncated experience that approximates the PC title’s solo mode. XCOM for iOS does not, however, include the player-versus-player multiplayer mode. 2K and Firaxis will patch that into the mobile title with a still-to-come update.（source：venturebeat）

As 2013′s E3 draws to a close, two of the biggest names in development, Shigeru Miyamoto and Cliff Bleszinski, share their opinions on what used games mean for the industry.

Bleszinski dashed out his thoughts over several tweets yesterday afternoon, expressing some cynicism over whether used games are sustainable in the current market.

“You cannot have game and marketing budgets this high while also having used and rental games existing. The numbers do NOT work people,” he wrote. “The visual fidelity and feature sets we expect from games now come with sky high costs. Assasins Creed (sic) games are made by thousands of devs.”

“Newsflash. This is why you’re seeing free to play and microtransactions everywhere. The disc based day one $60 model is crumbling,” Bleszinski continued. “Those of you telling me ‘then just lower game budgets’ do understand how silly you sound, right?”

We’re more worried about piracy and we think used games are a whole other story. In fact, from our perspective you want to create a game that people will want to keep and keep playing for a long time. That’s the approach that we always take and that’s the best way to avoid used games.

Two developers, two approaches to doing business. Which do you identify with? （source：gamasutra）

5）The struggle of the mobile ad

Mobile ads are annoying. It’s not a secret that the majority of us get fed up with the pop ups while using an app, or the 20 second count downs before a video. Alas they are essential if we are to continue enjoying free content that we now take so much for granted.

A new study conducted by Millward Brown and mobile loyalty platform SessionM has shown that we can be more receptive to mobile advertisements, as long as we are getting something out of it.

34 per cent of rewarded users clicked on a add compared with only 15 per cent of mobile users who had not participated in reward-based ads.

This hasn’t just affected the number of people viewing a mobile ad, it has also encouraged 26 per cent of consumers asked to purchase a brand compared to those who hadn’t participated.

However as picky as we are, 92 per cent of those mobile users reported that they think it is important if they could choose the reward they receive and 69 per cent want to know that they’re going to be rewarded before clicking on an ad.（source：mobile-ent）

6）INFOGRAPHIC: Mobile usage around the world

Ever wondered whether mobile phone usage differs from country to country? Well wonder no more, as mobile operator Lebara presents a brand new infographic detailing the myriad ways in which mobile behavior varies across the globe.

The visual breakdown of how people in 18 countries text, call, tweet and consume media on their mobiles draws on data from a recent study by Pew Research Center and the United Nations.

Emphasising mobile phone trends in Europe, Asia, the Americas and Africa and the Middle East, the infographic is broken down into mobile ownership, call usage, SMS usage, media usage and social networking. It also gives a breakdown of mobile phone ownership growth over ten years, highlighting a significant growth in developing countries.

David Moffatt, CEO of Lebara Group, commented: “Mobile phones have transformed the way we live, work and socialise. What is even more exciting is the mobile revolution is accelerating, yet how devices are used country to country varies significantly.

“Usage trends help us understand how mobility is improving and simplifying healthcare and education delivery, the way we shop or bank and the options for staying in touch with family, friends and work colleagues.”（source：mobile-ent）