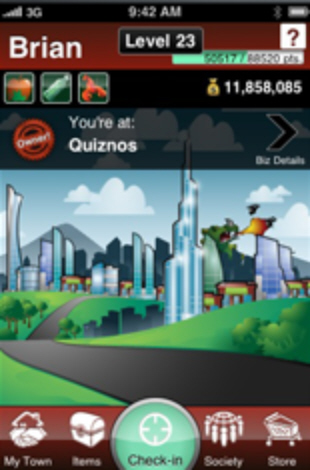 The giant round is one of many doled out recently for social start-ups, such as Groupon, in which Accel also invested.

Both are participating in the new round.

Made up of a team of gaming industry veterans, especially from Blizzard Entertainment, which is now part of Activision Blizzard, Booyah has been on a roll, reaching two million users for MyTown.

MyTown, which is about to come out with a new version, is one of the most popular location-based social games on the Apple (AAPL) mobile devices.

That compares with other social check-in services, such as Foursquare (just over one million) and Gowalla (250,000).

MyTown is slightly different than these services, though, focusing on gaming in its check-ins and virtual goods versus a more discovery element.