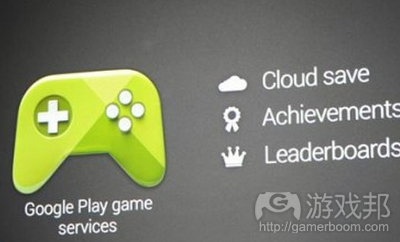 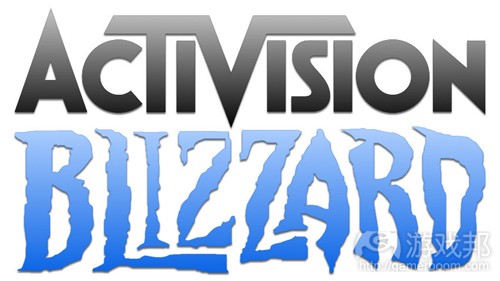 San Francisco, CA Early Bird Tickets on Sale Apple’s countdown (err, up) to 50 billion apps ended today with one lucky winner, as yet unannounced, bagging $10,000 in iTunes money for apps, media, and more.

It’s a good thing Apple hit the number today, because if they waited even another week, the Cupertino company might have been second-best to Google’s Android. At Google’s developer-
focused I/O conference today, Google’s Hugo Barra announced that Google Play has just passed 48 billion app installs — and had a massive 2.5 billion just last month.

Just as Apple has done before for major app store download thresholds, it’s giving away the $10,000 gift card to a lucky iOS user who downloaded the 50 billionth app. In addition, 50 lucky people who where the next to download an app have won a $50 gift card — even if they don’t know it yet.

Don’t go rushing to try to be one of those 50, of course … there are about 1,000 app installs on iOS each and ever second.

This is probably the last major app install number that Apple will trumpet to the skies, as Android will be making the big news from now on. At the same Google I/O conference, Android chief

Apple continues to lead both as the single-most profitable smartphone maker, and by default the most profitable platform, taking 57% of $12.5 billion in smartphone operating profits in Q1, according to figures out from Strategy Analytics today. Android took 43%, equating to $5.3 billion, Neil Mawston, chief analyst with the firm, tells TechCrunch.

The figures come as analyst houses are releasing various estimates for how smartphones have been selling in Q1. Strategy Analytics have published some numbers that tell the story in a different way.

Yes, Android is dominating smartphone sales (Gartner’s figures yesterday noted that Google’s platform took nearly 75% of all sales in the three month period). Yes, Samsung continues to
widen its lead against Apple — now at 31% of all smartphone sales. But it still has a ways to go before it tops Apple, which has built its brand as the premium offering. (One possible reason why it has resisted up to now launching a low-cost, more cheaply made handset.)

Within the Android portion of smartphone profits, Samsung is taking ever the bigger lion’s share. Its $5.1 billion in operating profit works out to 95% of all Android revenues, and 40.8%
of all smartphone operating profits overall. Bad news for other vendors/platforms like Nokia and BlackBerry: their collective profits totalled just $300 million for the quarter, working out to a 2.2% share of profits.

This also shows that Samsung has come quite some way in working out its profitability engine in the last year as it has continued to grow. This time a year ago, it was generating only about half the revenues of Apple in mobile devices (and that was counting Samsung’s smartphones as well as its feature phone handsets), and accordingly a thinner proportion of profits.

These numbers largely tally with some released earlier this month by Canaccord Genuity (via AllThingsD). The difference lies at the lower end, where Canaccord Genuity says that vendors beyond the top two effectively took nothing.

With these numbers coming out just as Google I/O kicks off, Strategy Analytics again throws light on just how disproportionate Samsung’s weight is in the Android ecosystem, and how its sales dominance works out to larger economies of scale and profit: its $5.1 billion in operating profits works out to 95% of all profits made on Android, with LG the only other vendor to break out from “others,” with a meagre 2.5% of profit share on $100 million in operating profits.

“An efficient supply chain, sleek products and crisp marketing have been among the main drivers of Samsung’s impressive profitability,” Woody Oh, Strategy Analytics’ senior analyst writes. In contrast, “LG delivered a small profit during the quarter, but it currently lacks the volume scale needed to match Samsung’s outsized profits.”

Just think of what that means for the even smaller Android OEMs.

Mawston believes that Samsung is actually generating even more revenue than Google itself from Android, counting things like mobile advertising and apps revenue.

“We believe Samsung generates more revenue and profit from the Android platform than Google does,” he writes. As Google’s Android head Sundar Pichai today reported during that I/O
keynote that there have been some 900 million Android activations worldwide, this begs the question of who is in the driver’s seat on the platform — and by association smartphones worldwide.

“Samsung has strong market power and it may use this position to influence the future direction of the Android ecosystem,” Mawston writes. “For example, Samsung could request first or exclusive updates of new software from Android before rival hardware vendors.” If those kinds of requests are likely to get made, it will get harder and harder for Google to resist and continue maintaining the level playing field it’s tried to create for its mobile platform.

Tablets are not included in any of the above calculations, Strategy Analytics says.（source：techcrunch）

Google has announced today at their Google I/O event that the company’s Google Play marketplace for Android devices will be receiving a full-blown gaming service update, in the vein of

Among the many cross-platform features that will be included in the new Google Play gaming service are the ability to save games via a server in the cloud, and a brand new achievement system for the overall platform. Real-time matchmaking is also said to be included in the service, but that one will remain exclusive to Android devices for the time being. Powered by the
Google+ social network to establish player leaderboards, developers will be able to add the new service functionality to past titles of up to three years old, and possibly even older.

In speaking with Polygon at today’s event, lead project manager for the new Google Play gaming service, Greg Hartrell, shed some light on Google’s strategy with the upcoming new features.

“It’s user-focused in the sense that we’re trying to reach out to the largest number of users,” Hartrell told them. “And for developers, they want to maximize the size of the audience and the quality of the audience. Both of those things drove that decision.”

While it might seem that Google is certainly behind the pack when compared to Apple’s well-established Game Center service, Hartrell went on to explain how everyone at Google feels the
timing couldn’t be more right for the powerhouse tech company, and how they are already looking towards the long future of mobile gaming on Google Play. So don’t be surprised if we’ll be
able to check our Google+ leaderboards using Google Glasses one day!（source：gamezebo）

Gameloft yesterday released its earnings for Q1 2013. The French mobile game developer achieved sales of €54.2 million ($70.1 million), up 21 percent over the same quarter a year ago.

Gameloft attributes its fast growth to the success of the free-to-play model. The company adds that more than 67 percent of its smartphone sales came from in-app purchases and ad revenues
in Q1. In terms of which games performed well in the quarter, Gameloft says older titles from as far back as 2011 and 2012 like Dungeon Hunter 4: Zero Hour, World at Arms, My Little Pony,
Ice Age Village, Order & Chaos Online, Gangstar Rio: City of Saints and Asphalt 7: Heat, have largely contributed to the company’s strong performance in the first quarter.

Man 3 was the most downloaded game worldwide on the iOS after it was launched. Future releases include Gangstar Vegas, Despicable Me and Uno & Friends.

The same Ubisoft investor presentation [PDF] which produced rankings on the top-ranked console franchises in the last eight years also yields a few interesting numbers on the market share of major publishers.

Activision Blizzard leads the way in American and European market share with nearly 20 percent of the take in 2012, making a strong leap from 15.7 percent in the previous year. Activision beat out previous ruling publisher Electronic Arts, which dropped from 19.7 percent in 2011 to 18.4 percent in 2012.

THQ also hung on in the top roster, despite financial problems leading to its dissolution at the end of 2012. Also of note is that both Nintendo and Sony experienced a substantial loss in market share versus 2011 (12.4 percent to 10.8 percent and 5.3 percent to 3.5 percent, respectively), with Microsoft only making fractional gains by comparison (4.8 percent to 5 percent).

The rankings, as per Ubisoft’s other market data, are derived from tracking firms NPD and GfK as well as Nielsen and reflect performance only in US and European markets.
Market shares of major publishers in 2012