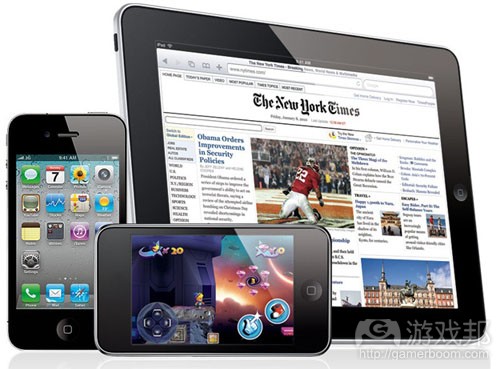 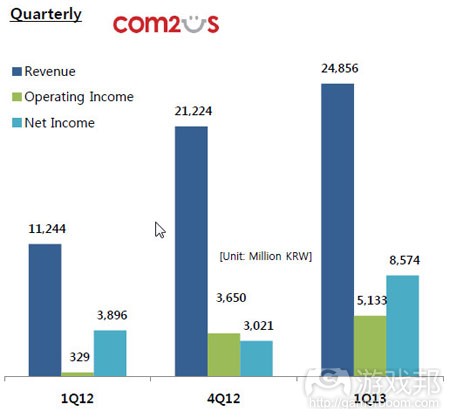 1）Smartphones up 37%, tablets up 106%, and Samsung growing smartphone shipments 10x faster than Apple

Global shipments of smartphones, tablets, and laptops hit 308.7 million in the first quarter of 2013, with 216.3 million smartphones, 50.5 million laptops, and 41.9 million tablets shipped, according to the latest numbers from Canalys.

Once again, Android accounted for 75.6 percent of all smartphone shipments, and once again, Samsung is killing it.

Let me say that again: Apple is at single digit growth in a market growing at almost 40 percent.

If there’s any doubt why Apple’s stock in moldering in the mid-400′s after hitting highs last year of over $700, that’s why. And with Tim Cook basically telling Wall Street that Apple won’t ship any significant new products until this fall, or even 2014, the situation is not likely to change.

‘Despite its slowing growth, Apple still shipped over 37 million iPhones,’ Canalys analyst Pete Cunningham said in a statement. ‘But HTC and Samsung have raised the bar with their latest handsets and Apple needs to respond with its next iPhone. The iPhone user interface is now six years old and badly in need of a refresh.”

Tablets are one area of slight comfort for Cupertino.

Apple retains 46.4 percent of the tablet market, Canalys says, shipping 19.4 million tablets. That’s down from 58 percent market share in the first quarter of 2012, and once again, in a market growing at over 106 percent year-over year, Apple grew less than others — about 60 percent growth year-over-year.

‘Spearheaded by Google and Amazon, the commoditization of the tablet market has happened far quicker than that of the wider PC market,’ Canalys analyst Tim Coulling said.

Without significant new Apple products, major new product categories, and a much more intense Apple effort to produce a wider range of phones and tablets that the market is looking for right now, Apple share will continue to drop.

And one other interesting tidbit in the Canalys data:

Calculating operating system share over all “smart devices,” lumping in smartphones, tablets, and laptops does provide interesting insights. With that view of the industry, Microsoft ends up with an 18.1 percent OS market share — a very different proposition than high-90-percent share in the laptop/desktop world.（source：venturebeat）

2）Mobile’s new direction: Smartphone sales to double by 2017, but Africa and the Middle East will drive growth

Mobile developers may soon have to focus their attention on courting a new type of consumer, with future smartphone growth now dependent on sales in regions like Africa, the Middle East and Eastern Europe.

That’s according to Pyramid Research, which claims the US and Western Europe will no longer be the driving forces behind smartphone sales.

Instead, mobile manufacturers and developers alike may have to alter their strategies in order to appeal to developing markets.

In the firm’s latest report – Research in Focus: Smartphones – global smartphone sales will more than double between 2012 and 2017, hitting close to 1.5 billion units in 2017.

Emerging markets, however, will generate more than half – 58 percent – of these sales, with the US and Western Europe taking a back seat.

The highest growth, the firm reports, will occur in Africa and the Middle East, which will boast a compound annual growth rate (CAGR) of 26.3 percent, just ahead of Central and Eastern Europe on 24 percent.

“Asia-Pacific, the largest region in terms of smartphone unit sell-through, will grow at a CAGR of 21.5 percent over the forecast period, contributing much of the growth in the global
smartphone market.”（source：pocketgamer）

3）UK smartphone users pay for just one in ten apps

With freemium apps – free to download, featuring in-app purchases and/or ads – becoming the norm, price comparison service uSwitch finds that British smartphone users will only pay for one in ten app downloads.

Brits have around 29 apps on their device, and the low paid-for adoption rate shows the competition is fierce, with users easily able to opt for rival services that don’t cost them anything. The data says the average smartphone user spends just £8.94 on apps, while just 14 per cent have spent more than £20.

Seemingly users would end up out of pocket if they did pay for apps, as just 41 per cent use their collection regularly, with 61 per cent using less than half of the apps they download.

Londoners spend the most on apps and download more than anywhere else in the UK, while those in the South West spend the least.

Ernest Doku, telecoms expert at uSwitch.com, says: “Our smartphones are fast becoming app graveyards, littered with unused downloads. While some are downloaded out of curiosity, people
often get ‘free’ apps only to find they are riddled with pop-up ads or that they must then pay to unlock more than the basic functions.

“While many apps cost less than £1 to download, these purchases can really mount up so be careful about what you buy. Apple is currently offering compensation to US parents whose kids have made such purchases without their permission, some racking up mammoth bills. It’s easily done and something I would urge British parents to avoid as it can be a costly lesson to learn.”

Speaking of unauthorised purchases, Windows Phone finds that children have added an extra £30 million to parents’ smartphone and tablet bills without permission.（source：mobile-ent）

This is a record quarter for Com2uS, and an increase of 17 percent compared to Q4, FY12, the previous quarter.

This continued in Q1 with games such as strategy RPG Heroes War and the company’s baseball and social gaming titles doing well.

It plans to release 16 games during Q2. （source：pocketgamer）

“We will continue to pursue aggressive growth worldwide for our mobile internet business, especially in the mobile social games sector.”

Operating profit during the three months was ¥18.2 billion ($184 million).（source：pocketgamer）

The game division of Warner Bros. has hired David Haddad as its new digital publishing chief.

“I’m thrilled to join Warner Bros. Interactive Entertainment with its strong base of games and rich, diverse brands,” said Haddad. “To make the most of this great opportunity, my focus will be on expanding the company’s impact in the fast growing digital games space.”

He has 25 years of experience in online, entertainment, and games. He previously was chief operating officer of Activision Blizzard’s Guitar Hero business, which generated $2 billion in revenue. He was also COO for Sierra Online at Vivendi Games.

“We are making innovative strides in the digital games business, and we feel we have found a great leader in David who can build upon our foundation,” said Tremblay. “David has excellent experience and knowledge of the digital business world and will lead our broader efforts as we forge new opportunities in the industry.”（source：venturebeat）