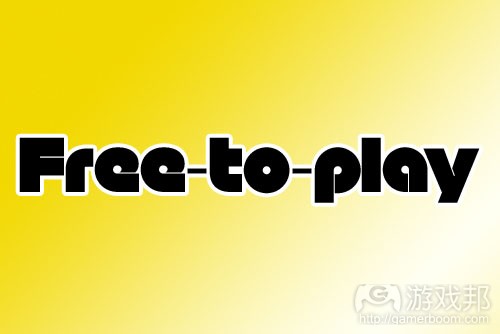 Free to Play: a socialist alternative?

Free-to-Play is often regarded as one of the more cold and ruthless byproducts of capitalism. Unsuspecting consumers are tempted in with the promise of a free game before every psychological trick in the book is employed to make them as addicted as possible, and they’re then rinsed dry of cash through the inevitable introduction of constant barriers that make regular in-game-payment a virtual necessity for continued progress or enjoyment.

From a designer’s perspective, I can see why F2P is a loathsome idea. Just as technology is reaching the point at which interactive experiences are able to experiment with unique forms of narrative and artistic expression, freeing them from their prior attempts to emulate Hollywood action films, the people with ‘business’ in their job title realised there was a much easier, less risky way to build a game.

And so the emphasis of design shifted focus. To keep as wide an audience as possible, minimum specs had to be very low, and so games had to be extremely simple. To keep people from playing a few hours, getting bored and moving on, artificial time constraints had to be introduced: now you had to wait a few hours or a day for something to ‘build’, rather than fifteen seconds. Worst of all, designers had to deliberately make games worse than they could be by syphoning off premium content for use in transactions. Under the F2P model, where the end goal of game design is always maximising profit, it seems inconceivable that mainstream games will ever make the transition from entertainment to art.

Setting aside the entertainment vs art debate, I want to consider whether F2P is inherently exploitative, capitalist, evil… insert further adjectives at your discretion. To begin, lets be sympathetic and suppose the recent flood of shoddy F2P games can be attributed to the genre’s obvious attravctiveness to greedy publishers and/or developers, rather than its inherent nature.

From this perspective, F2P actually looks pretty good. The majority of players get a free game which they can put down at zero loss if it’s full of bugs, throws microtransactions in their face too often, or is simply a bad game. This puts a heavy responsibility on developers: games that don’t work properly on launch don’t merely get a consumer backlash and a bunch of forum trolls, they won’t generate any revenue. (Compare Simpsons: Tapped Out to Sim City.)

More significantly, because online multiplayer is generally engrained into F2P games, the paying players are effectively subsiding the server costs of non-payers. For a genre that supposedly exhibits the worst side of capitalism, it has a curiously Robin Hood mentality. This is especially salient given the most successful F2P developers are careful to make their games remain fun for long term non-payers, recognising their value. This is done by carefully controlling how much players are badgered and what can be purchased through IAPs: aesthetic customizations, small competitive advantages and reduced waiting times seem to be the most successful.

I think we can be optimistic that the games that remain profitable in the long term, and thus become models for future developments, will be closer to Robin Hood than capitalist leech. Certainly having glimpsed the inner workings of one of the most successful F2P game developers on Steam, I’ve noticed a supposition that paying players, particularly the mega-extravagant whales, are not driving themselves into debt through addiction, but simply funding a keen hobby. And ten or twenty pounds a month isn’t a great deal to spend on a hobby you’re investing a lot of time into. (Not to mention the rich have far more wasteful ways to throw away their cash – I’d rather have them pour money into the games industry than build up collections of sports cars.)

In fact, the only serious problem I have with F2P is its spiralling dominance over the industry as a whole. Many commentators are getting very carried away with the idea that in a few years, all games will be F2P and/or supported by micro-transactions. That I find frightening. Partly because there are uncountable games which would be utterly ruined by the introduction of microtransactions, and partly because I think the popularity of F2P is often blown out of proportion. For example, you might think, looking at the top-grossing list on any app store, that F2P is clearly what the public has chosen. But remember only about 5-15% of players are influencing that chart at all, and the majority of the influence is coming from an even smaller proportion of them. Subsidised games don’t come for free: the cost we pay is a reduced influence over how they’re made.

F2P may currently be the most profitable business model, particularly for apps, but that doesn’t mean it’s going to take over the world. A lot of consumers haven’t yet grasped the idea that apps (or any games for that matter) are worth paying for. Others may detest the idea of making in-app-purchases, but still choose to play F2P games as non-payers rather than making one-off purchases for games. This just my own hunch, but I think that enough of the market is opposed to paying micro-transactions to limit the expansion of F2P, especially as single-payment games will inevitably become more valuable the rarer they get.(source:gamasutra)