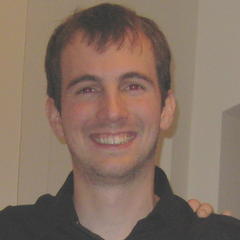 Farmville has become the largest application on the Facebook Platform ever and pretty much no other application has come close to it. While the application has begun losing users over the past month, it is still by far the most successful application ever on Facebook and it has spawned an entire industry of developers trying to mimic its success. While the media loves to cover the revenue generated from the application, there’s an equally important conversation: how the company managed to scale to 100 million users so quickly.

At this year’s first Social Developer Summit, we will hear from the architect behind Farmville, and find out what some of the lesson’s learned were from building the largest social application (and social game) ever. In addition to learning from from Luke Rajlich of Zynga, we have a number of other top engineers who will be discussing scaling, optimizing infrastructure, in addition to optimizing engagement (and game) dynamics.

We’ll also have speakers to discuss continuous deployment and rapid iteration in general. While we’re still lining up speakers (that will be posted over the coming week), we’re working on bringing together some of the best engineering talent in the social application space. The goal is to get developers (actual programmers, engineers, architects, etc) together for a day of mind sharing.