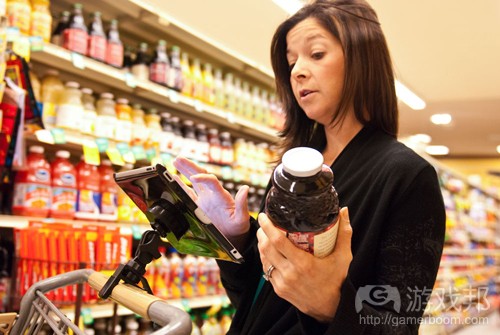 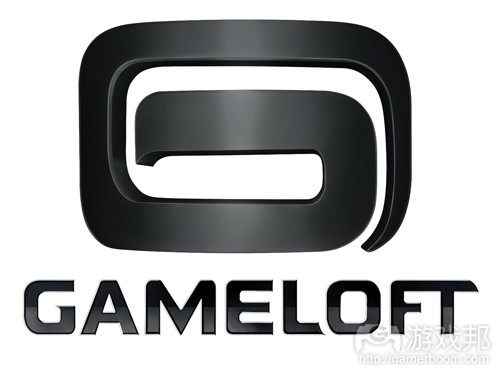 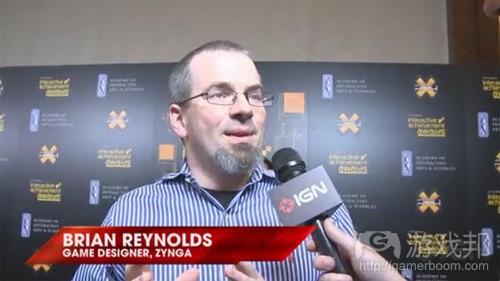 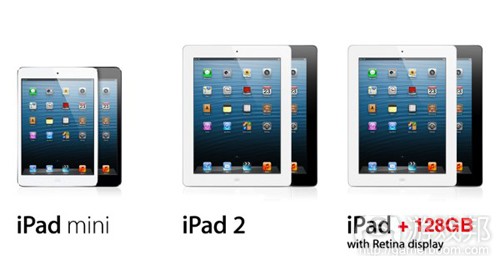 The hectic weeks around the Christmas holiday brought on a boost in app downloads and marketing costs, according to Fiksu. The user acquisition and marketing company today reported that the cost per loyal user jumped 21 percent, with a loyal user being defined as a user who will open an app at least three times.

The company also reported that mobile app downloads rose from 4.57 million in November 2012 to 5.32 million in December 2012, an increase of 16 percent month-over-month. Fiksu cited consumers receiving new tablets and smartphones for Christmas as one of the reasons for the spike in downloads. Competition, which is always fierce during the holidays, wasn’t as fierce from November to December in 2012, with 2011 figures possibly looking more inflated from bot install tactics.

According to Fiksu CEO Micah Adler, mobile app marketers applied a more conservative, sophisticated strategy to their Q4 2012 campaigns after what they learned from holiday 2011.

“As a result, marketing dollars were spread to the long tail of apps outside the top 200, and the peaks in volume and cost per loyal user, while still significant, weren’t as extreme as they were in 2011,” he says in a statement.（source：insidemobileapps）

ABI Research recently predicted 145m tablets will ship this year, and now reports that tablet-based shopping is becoming quite the trend in States. 22 per cent of users now spend $50 or more via their device a month, while nine per cent spend $100 or more, which is noted as significantly higher than smartphone spending.

Mobile shopping of physical and digital items hasn’t affected retail stores yet, though companies are concerned their shops will be turned into showrooms for e-commerce buys. They’re every right to be concerned too, as data recently showed that a fifth of Americans use mobiles when in-store to make price comparisons.

Indeed, over 50 per cent of tablet shoppers all admit to have performed price checks, redeemed a coupon, and completed location-based searches while shopping within the past 90 days.

Jeff Orr, senior practice director of mobile devices, ABI Research, said: “Tablets are quickly becoming the go-to transaction screen within the home. The opportunity to keep consumers buying in-store squarely remains with the retailer. So far, the presence of a media tablet during the shopping experience has not altered the sales channel where consumers finally buy products.”

While tablets and shopping appear to go together like fish and chips, 17 per cent of owners also use their tablets when reading newspapers and magazines, and 14 per cent use them in conjunction with the TV.（source：mobile-ent）

Mobile game developer Gameloft has allegedly closed its Hyderabad, India studio on the same day it announced 27 percent sales growth in 2012, according to Gamasutra.

About 250 developers are now out of work, according to Gamasutra’s report. An anonymous source said employees were called into a meeting at around 2 p.m. local time and given the bad news.

The source then said that they were then reportedly asked to immediately pack up their belongings and leave, the company Internet was disabled, and the studio’s balcony doors were shut.

Gameloft India is primarily responsible for porting the company’s iOS titles to Android devices, according to Gamasutra.

GamesBeat has contacted Gameloft to confirm the report but has not heard back at this time.

Earlier today, Gameloft announced it reached consolidated sales of €57.7 million (nearly $78 million in U.S. dollars) during the fourth quarter of 2012, a 23 percent increase from the previous year. The company’s total consolidated sales in 2012 reached €208.3 million (about $280.9 million), up by 27 percent year on year and in line with the company’s guidance.

Gameloft attributes this growth to the success of recent releases such as Modern Combat 4: Zero Hour, World at Arms, My Little Pony, and Playmobil Pirates, and to the longevity of its back catalog.（source：venturebeat）

Brian Reynolds has a booming laugh. But it won’t be heard in the halls of Zynga anymore. The chief game designer for the company has resigned, according to game news site Polygon.

Zynga confirmed the departure. The departure is a blow to Zynga, since the company has suffered a brain drain in the past year as high-level executives move on to greener pastures. It started in August, after the company was hit by weak second-quarter results and chief operating officer John Schappert resigned.

Reynolds (pictured above at our 2010 DiscoveryBeat conference) joined Zynga in 2009 and brought instant credibility to the company. He was previously creative director and chief executive at Big Huge Games and made games such as Alpha Centauri and Rise of Nations. But he had an open mind about casual titles such as Zynga’s FarmVille, and joined Zynga to learn how to bring gaming to a larger mass market.

“Brian has a long history in the game industry and has been a great partner to the creative leaders at Zynga,” said Steve Chiang, president of games at Zynga, said in a prepared statement. “I want to thank him for his leadership of the Zynga Baltimore studio in the design and development of FrontierVille, which brought many innovations to social gaming. We appreciate Brian’s contribution and we’re proud of the deep bench of creative leaders who are leading the next wave of game innovation at Zynga. We wish Brian the best in his next chapter.”

Zynga reports its earnings on Feb. 6. Michael Pachter, analyst at Wedbush Securities, believes the company will beat consensus earnings with revenue of $275 million (compared to $212 million for consensus) in the fourth quarter ended Dec. 31. He expects earnings per share of a loss of 3 cents a share. Pachter said in a research note (issued before today’s departure news) that said that the promotions of current executives are reinforcing the management team. Zynga recently appointed Mark Vranesh as chief financial officer. It moved David Ko, Barry Cottle, and Chiang into bigger roles.  Those moves, he said, should restore investor confidence.（source：venturebeat）

If you’re reading this site right now, there’s a decent chance you play a lot of video games. Furthermore, you probably play some or all of those games on a smartphone or tablet. Well, tablet gamers – specifically those that own an iPad – this news is for you: Apple is releasing a new, 128GB iPad 4 on February 5. That… is a whole lot of room for games.

For reference, the 64GB iPad currently has the highest storage capacity. This new model doubles that, although thankfully the price, while higher, isn’t doubled as well: the Wi-Fi model will set you back $799; the Wi-Fi and cellular model will be $929. Now’s probably a good time to break open the piggy bank or start that lemonade stand you’ve been fantasizing about.

In all honesty, while I’m positive there’s an audience for this new model, I remain perfectly happy with my 16GB model. But I’m also a serial app deleter, so that’s a major factor. If you’re more of a virtual packrat, this seems like the perfect chance to download a tremendous amount of games without ever having to worry about deleting any of them.（source：gamezebo）

Junction Point was the lead developer behind both Disney Epic Mickey for the Nintendo Wii and the multiplatform sequel Epic Mickey 2: The Power of Two. While the former sold 1.3 million units in its November and December 2010 debut months, the latter — according to a source speaking to the L.A. Times — sold just 270,000 copies across four SKUs in a comparable timeframe.

Sources familiar with the situation have told Gamasutra that Junction Point’s employees have been on an extended, enforced vacation since the sequel shipped in November, and that their return date — which was, officially, today — was pushed back more than once.

Employees were officially informed of the closure today, though some were tipped off when fellow Austin studio Roberts Space Industries tweeted about the closure Monday morning (that tweet has since been removed). We understand that several developers learned that they no longer had a job through this publicly viewable tweet.

The closure follows Disney Interactive’s ongoing consolidation of its development studios to focus more on digital and mobile titles. Other than its upcoming Disney Infinity project, we understand that the company is no longer publishing boxed retail games, though Disney CEO Robert Iger has stated that console games are still on the table, but “most likely in licensing rather than publishing.”

A statement received by Gamasutra regarding Junction Point’s closure reads as follows:

It was with much sadness that we informed our teams today of changes to our Games organization, which include the closure of Junction Point Studios.  These changes are part of our ongoing effort to address the fast-evolving gaming platforms and marketplace and to align resources against our key priorities. We’re extremely grateful to Warren Spector and the Junction Point team for their creative contributions to Disney with Disney Epic Mickey and Disney Epic Mickey 2.

The closure is the latest in a string of bad news for game developers in Austin. In the past 8 months alone we’ve seen major layoffs at Starhawk developer Lightbox, a near-shutdown of Zynga Austin, a restructuring of BioWare Austin and, just last week, the death of Vigil after bankrupted owner THQ failed to find it a buyer.

Junction Point was founded in 1995 by former Looking Glass and Ion Storm veterans Warren Spector and Art Min (and was, in fact, named after a cancelled Looking Glass game the two worked on). When Gamasutra first spoke to the studio in 2007, it was working on an original IP, though those plans changed when the studio was acquired by Disney later that year.

Though Disney has not responded to inquiries from Gamasutra, a representative tells Wired that Spector — a lifetime Disney aficionado, historian, and collector — will not be employed by the company following Junction Point’s closure.（source：gamasutra）