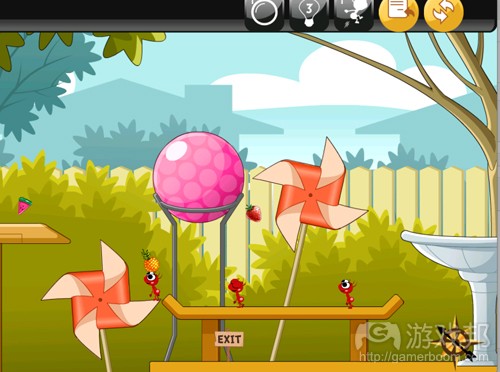 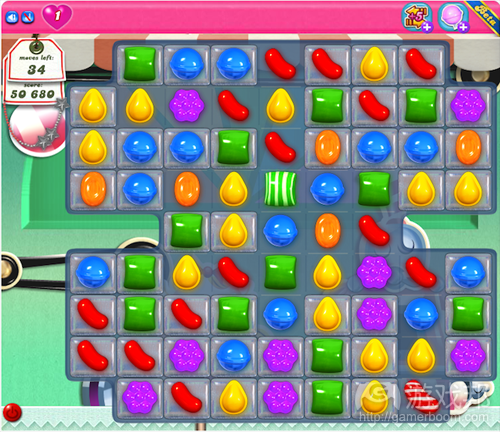 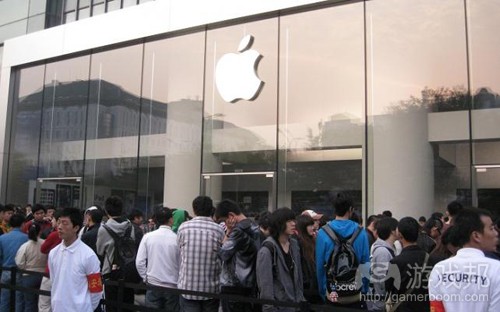 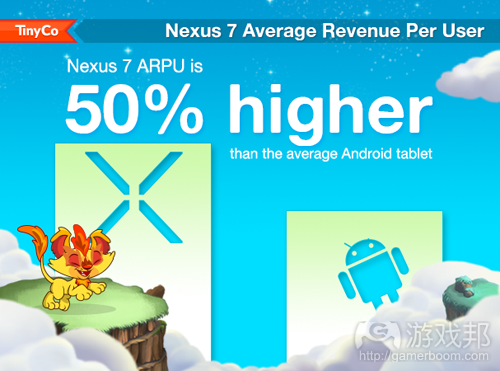 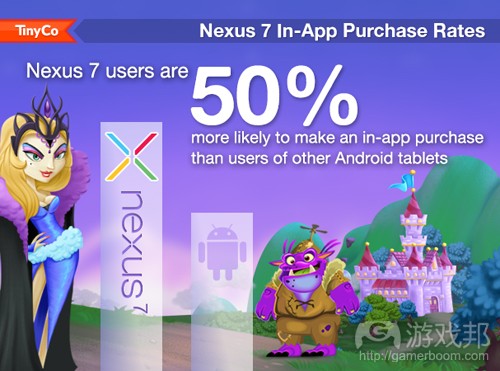 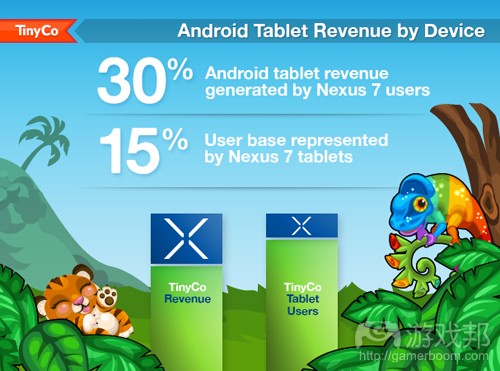 1）Amazing Ants surpasses 1M installs in one week, ranks in the top 5 on the top free iPad apps chart

Indie mobile game developer Twyngo revealed to Inside Mobile Apps that their first game, Amazing Ants for iOS, surpassed the 1 million install mark in one week since the title’s launch on Jan. 10.

“It’s been very gratifying to see the degree of enthusiasm and success about the game, Twyngo co-founder Unni Narayanan told Inside Mobile Apps. “We knew that we had built an atypically high quality product with a rich experience that appealed to a broad category of people.”

Narayanan says Pocket Gems was a great help to Twyngo by guiding his team through the process of creating a successful game based on a freemium model.

“There’s exceptional value delivered in the game for zero price,” Narayanan says. “Pocket Gems was instrumental in helping us see the benefit of the freemium model. The reason the game is a success is that the game is of high quality and a rich experience, but it’s also broadly accessible to a lot of people because we’re doing the freemium model.”

With more than 1.3 million installs and counting, Narayanan believes the potential for Amazing Ants to continue to grow is huge.

“The potential market is very, very large,” he says. “We’re going after the same demographic that an Angry Birds or a Cut the Rope reach out to. The market size is huge. As long as at the grassroots level people like the game and are enjoying it, we can see more growth.”

Narayanan emphasizes that Amazing Ants’ appeals to people who are looking for a wholesome experience.

“There’s an untapped opportunity for people to still develop family-friendly games that appeal across multiple age groups,” he says. “The reason our game is resonating with many folks is that people want that sensibility, that rich, immersive cartoon-like experience. They want that, but they want a different mechanic than what they’ve seen already out there. That’s a sentiment that we’re tapping into.”

According to our traffic tracking service AppData, Amazing Ants is currently ranked No. 4 on the top free iPad apps chart, ranking as high as the No. 2 spot on Monday.

Check out our review of Amazing Ants on our sister site Inside Social Games here.（source：insidesocialgames）

King.com has revealed that the iOS and Android versions Candy Crush Saga are currently being played more than 55 million times a day.

Said stat was released as part of a batch of figures designed to emphasise the importance of seamless cross-platform play to its business.

In all, King.com claims that its titles generate more than 5 billion ‘monthly game plays’ across all platforms.

“The transition to moving our popular games to mobile and making the playability both seamless and synchronised across multiple platforms has generated immediate interest from casual games players,” explained King.com CEO Riccardo Zacconi.

After a successful run on Facebook, Candy Crush Saga hit iOS back in November before launching on Android a month later.

“We are looking forward to launching more of our Saga titles onto mobile this year,” Zacconi concluded.（source：pocketgamer）

In a research note released today, Nielsen examines the potential for smartphone growth in the BRIC region (Brazil, Russia, India, China), where, in many cases, feature phones still dominate. According to the firm’s findings, only in China are smartphones predominant, where they’re now owned by two-thirds of mobile subscribers, as of the first half of 2012. However, in India, Russia and Brazil, users are only beginning to transition away from feature phones to newer, app-capable devices.

In India, feature phones account for 80 percent of the mobile market, Nielsen says, followed by Russa at 51 percent, and Brazil at 44 percent. In Brazil, there’s more of an even split between feature phones, smartphones (36 percent) and a third category Nielsen dubs “multimedia” phones (21 percent). These multimedia phones have a touchscreen and/or a QWERTY keypad, but no smartphone operating system installed. They’re basically a better feature phone, if you had to classify them one way or the other.

The data provided by Nielsen was a bit old (first half 2012), and perhaps also somewhat obvious to those who are tracking the industry closely. For example, in December 2011, mobile measurement firm Flurry listed India, China, Russia, India (and others) as some of the largest addressable markets for 2012. And around a year later, it also listed Russia and China among the fastest-growing iOS and Android markets by active devices, and noted that China in particular, was on track to top the U.S. iOS/Android install base by Q1 of 2013.（source：techcrunch）

“It’s encouraging for us,” says Mike Sandwick, TinyCo’s manager of strategic partnerships. “We have a reputation that’s pretty unique in terms of our commitment to Android. It’s continuing to pay off for us and Google is making these really great devices that have great user experiences like the Nexus 7 in terms of hardware. Jellybean is just awesome. We’re very, very pro everything that’s happening on Android right now, and we’re very psyched to be able to keep developing for the platform.”

TinyCo didn’t take into account Kindle Fire data, which is a device that’s powered by the Android operating system, because there’s monetization system differences between the Amazon Appstore for Android and Google Play that affect metrics such as ARPU on TinyCo’s end.

There is the common thought in the industry that iOS monetizes better than Android, but that hasn’t always been the case for TinyCo, previously citing free-to-play game Tiny Village as an example of seeing higher levels of monetization on Android versus iOS.

“We see monetization that’s surprisingly similar,” says Nick Ross, TinyCo director of analytics and user acquisition. “If you just look at it across everything, there probably are some slight differences, but those are all due to known factors like the number of Singaporean users is different from one platform to the next.”

In a recent Q & A, W3i’s general manager Erik Lundberg told Inside Mobile Apps that since tablets are a luxury item, consumers monetize on tablet better than they do on smartphones. Google itself is even helping developers create better Android tablet apps, with Google’s Tablet App Quality Checklist, seeing as it’s in Google’s best interest to push Android tablet development now that they have their own tablet device on the market.（source：insidemobileapps）

After years of Zynga sitting comfortably atop the daily active user (DAU) charts for Facebook games, King.com’s Candy Crush Saga has taken the lead, boasting over 9.7 million daily players. FarmVille 2,  in comparison, is currently in second place with 8.8 million DAUs.

King.com’s Bubble Witch Saga was one of the first games to offer cross-platform functionality between social and mobile. Later releases Pet Rescue Saga and Candy Rescue Saga featured this same synchronization, which played a big role in the company’s incredible success on Facebook. In fact, as far as Chief Marketing Officer Alex Dale is concerned, Candy Crush Saga most certainly wouldn’t be where it is without it.

“The cross-platform functionality of Candy Crush Saga has been key to the growth of the game. This is both in terms of bringing new players to the game through mobile, but also enabling fans of the game to increase the frequency with which they play,” Dale told us in an interview.

This isn’t a luxury every Facebook game is capable of enjoying, but the mechanically simple nature of the Saga games makes them the perfect candidates for cross-platform synchronization.

King.com knows this quite well, and as Dale made clear to me, this ubiquity makes for very happy customers.

“We get lots of positive feedback on the fan pages about the benefits of being able to play anywhere (on the bus, in their beds), anytime, while also being able to move from platform-to-platform without losing progress or any virtual goods,” said Dale.

When asked what King.com intended to do to keep Candy Crush Saga the #1 Facebook game in terms of DAU, Dale informed us they’ll be adding new levels and features, and intend to host competitions between players. It’s unclear as to whether or not they’ll make more cat images like the one above, but we certainly hope.（source：gamezebo）