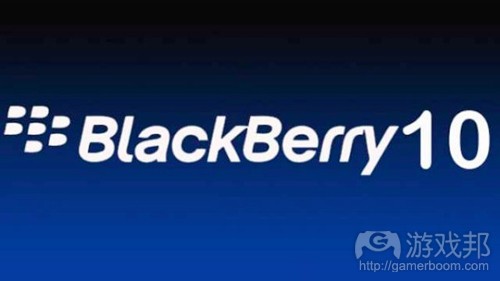 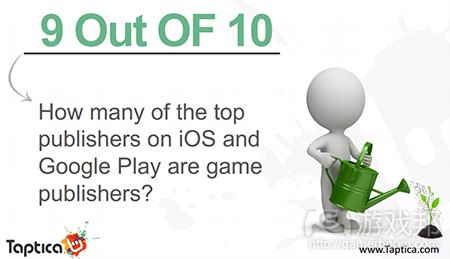 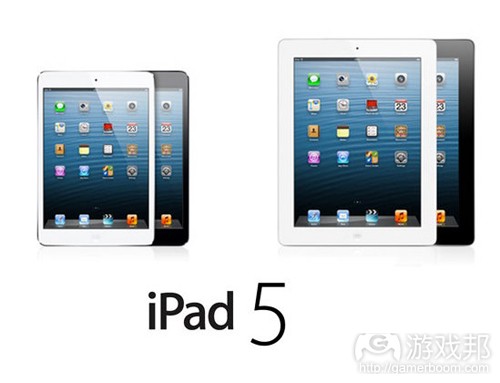 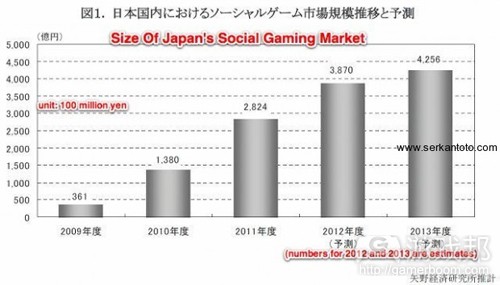 The event, which began on January 11th, saw developers rewarded with $100 for each eligible mobile game or app approved for the new BlackBerry 10. Those who successfully put forward between five and ten apps received a BlackBerry 10 Dev Alpha device.

Meanwhile, the first ten developers to submit ten approved apps were rewarded with a paid trip to BlackBerry Jam Europe, which will be held in Amsterdam in February.

“37.5 hours in, we hit 15,000 apps for this portathon,” tweeted BlackBerry Development Head Alec Saunders. “Feel like I’ve run a marathon.”

The BlackBerry 10, which runs on the same QNX-based software that powers RIM’s BlackBerry PlayBook tablet, will be officially unveiled on January 30th.（source：mobile-ent）

2）Stat of the Week: Are games still mighty on mobile marketplaces?

Mobile games were once a niche. Now they’re the norm.

Indeed, though the App Store and Google Play are designed to play host to apps of all kinds – games just one of the many categories on offer – users have always had a penchant for playing top titles on their smartphones.

But in the year when mobile gaming is expected to ‘break out’ – the trend for ‘unconsoles’ dominating the first month of the year – just how dominant are games on mobile?

According to ad platform Taptica, very:

The question that follows, of course, is whether such dominance combined with an apparent desire to take the mobile formula and apply it to handheld or other games platforms is a sign of smartphone saturation.

Could this be as good as it gets before the mobile gaming industry changes forever?（source：pocketgamer）

Apple is currently thought to be working on a $99 iPhone, but a new whisper from Apple Insider says a fifth-generation iPad and an iPad Mini 2 are due to arrive in March.

Analyst Brian White claims the iPad 5 will be lighter and thinner than the iPad 4, while a Mini 2 is expected to sport the same frame but with updated components.

The news will likely incense those that have recently purchased an Apple tablet, what with half of iPad 3 owners left fuming about  the October iPad 4 release – just seven months after its predecessor.

White added that Apple will launch new iPhones in different sizes and colours in May or June. Meanwhile, the Samsung Galaxy S IV is expected for launch on March 4th.（source：mobile-ent）

4）Report: Japan’s Social Gaming Market To Grow To US$4.8 Billion This Year

Tokyo-based research firm Yano has released a chart that visualizes the size of the Japanese social gaming market between 2009 and 2013.

According to Yano, the industry will grow to US$4.8 billion this year, a relatively modest plus from the US$4.3 billion the firm has calculated for 2012 (the company labels both numbers as estimates).

In 2011, Yano says, the market was worth US$3.1 billion: this number is in line with calculations that have been released by the Japanese governmen (US$3.26 billion) and the Japan Online Game Association (US$3.6 billion) last summer.（source：serkantoto）

5）ZyngaPlusCasino brings real money gambling to the UK this year

Dedicated to Zynga’s UK gambling operations, ZyngaPlusCasino gives interested UK residents age 18 or older a preview of things to come. Starting in “early 2013,” interested players will be able to sign up to play games like Blackjack, Roulette, Baccarat, Video Slots, and more. Pricing on Video Slots will apparently start at 5¢ a spin, with progressive jackpots adding more incentive to keep playing.

After making an initial deposit of real world money, new players on ZyngaPlusCasino will receive a “Welcome Basket of bonuses and new player promotions,” but the specific contents of said Welcome Baskets are still unknown as of this writing. Could one of the prizes relate to the rumored FarmVille slot machine?

Whatever the case, if you live in the UK, are over 18-years-old, and are interested in being alerted when ZyngaPlusCasino finally launches to the public, you can enter your email address for news updates on the project’s preview page. For everyone else, we’ll just have to wait and see how (or if) Zynga’s push into real money gambling develops outside of the UK.（source：games）

6）Is Zynga’s Empires & Allies on its way out?

With 3.4 million monthly active players, Empires & Allies may still seem pretty healthy, but active players have noticed something a bit suspicious over the past couple of weeks. The game seems to have fallen out of Zynga’s regular update schedule, as the game’s forums are filled with players complaining about new bugs, missing units, a lack of opponents in Battle Blitz and an overall lack of new content within the game.

According to the folks at CEGamers, this drought started back on December 18, as both the Empires & Allies Twitter feed and Facebook news page fell silent after that date. While we might have originally attributed this silence to the holiday season in December, we’re now at January 14, and Zynga still hasn’t made a peep about the game on either outlet.

Sure, this is all just speculation, but if we look at games that have already been closed, like PetVille or Treasure Isle, those Facebook pages also went quiet in the weeks and months before the official closing announcements were made. Even more concerning, Zynga recently announced that there’s no reason to hope for Empires & Allies to ever be released on Zynga.com, which would make sense if the developer is planning on closing the game anyway.

We’ve reached out to Zynga for comment on the status of Empires & Allies, but for now, the game is available to play as normal. How much longer it will last however, is anyone’s guess.（source：games）