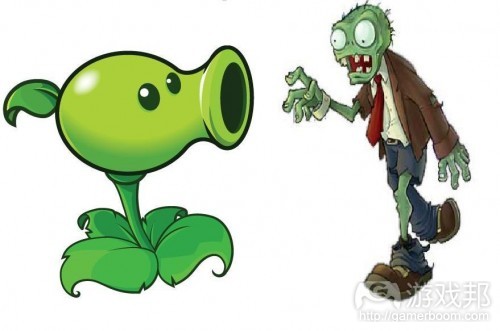 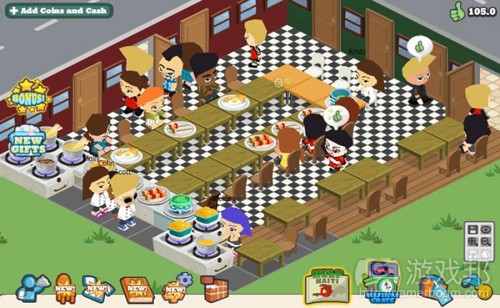 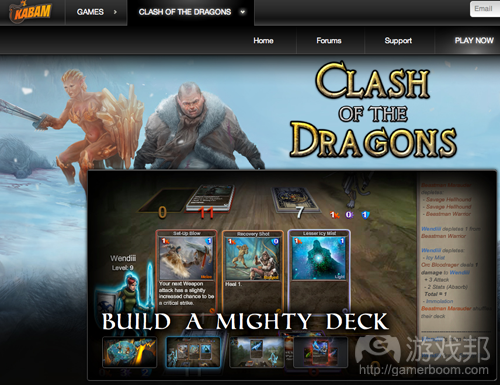 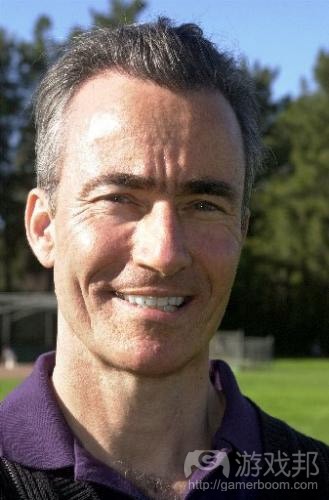 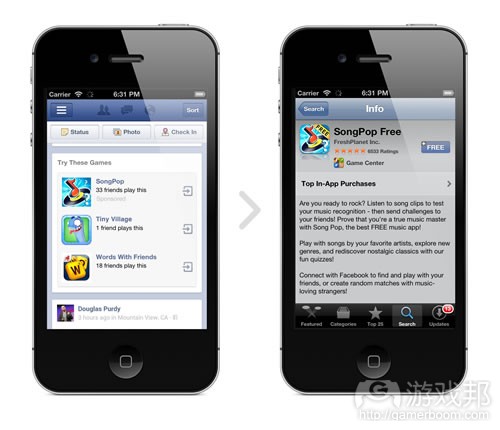 1）Calm down, everyone: Plants vs. Zombies still isn’t on Facebook

PopCap’s popular game Plants vs. Zombies isn’t on Facebook, even though your friends’ Timelines may be saying otherwise. This isn’t anything new, but some illicit clones have been gaining some recent traction on the social network.

As we noted in our emerging Facebook games post last week, there was a title called Plants vs. Zombies on the list. Although that game’s traffic has fallen off, another has started to rise on the social network. Our AppData traffic tracking service shows this title has 190,000 monthly active users and 3,000 daily active users. But it’s still not the real game.

We knew this wasn’t the real thing as soon as we looked at the AppData page, since “Unnamed Developer” is credited, but it should also be immediately obvious to anyone who opens the game and finds the canvas surrounded by spammy ads for non-EA titles. Not only that, but the game’s graphics are obviously stretched and fragmented.

Clones like these aren’t anything new. We’re constantly seeing random developers launch versions of classic mainstream video games like Mario Bros. and Grand Theft Auto alongside fake versions of Angry Birds and Bejeweled Blitz for a long time. Still, Timeline posts like the one pictured at right have been picking up over the past few days. Some of them are worded a bit more legitimately than this one was, but they’re all fake. Don’t bother clicking on these links until PopCap officially unveils the game (which it hasn’t hinted will happen any time soon).（source：insidesocialgames）

2）Don’t expect to see these five Zynga games on Zynga.com in 2013

If you’ve been holding your breath for when Pioneer Trail finally lands on Zynga.com, you better exhale. In an interesting Q&A, Zynga answered a number of pressing questions posed by its fans. Of course, the most notable of which is “When is ‘Game X’ coming to Zynga.com?” Well, at the very least Zynga revealed which games aren’t slated for the platform this year:

While the only thing we can say about what’s coming is that we are very excited, we can caution you to not expect the following titles to become playable on Zynga.com in 2013:

Zynga cited “advanced technical issues” as a reason for why these games have yet to hit the Zynga.com platform. But it’s also worth pointing out that these five games are currently some of Zynga’s worst performers in terms of player numbers. What that says for these games’ fate on Facebook isn’t clear.

However, the fact that Zynga won’t invest the resources this year to bring these social games to what’s likely one its most high-profile projects for 2013 doesn’t instill much faith. Not to mention the fact that the company is working on a system for Zynga.com that lets players play without a Facebook log-in. The sky’s not falling yet, folks, but damn does it look shaky.（source：games）

3）Kabam: PVP success is great, but we’re looking ‘beyond core’ gaming in 2013

Given that PVP games were the biggest mobile genres of 2012, and that Kabam’s player versus player title Kingdoms of Camelot one of the top grossing games of the year, it’s surprising to see what the company did – and is doing – next.

With little media attention, in November it released Kabam Slots on iOS, followed by RPG puzzler Legend Four in December.

Of course, it currently also has its next big PVP game – the sci-fi themed Edgeworld – in beta in Canada, but the US-headquartered Facebook, web and mobile publisher is clearly looking to extend its business in 2013.

“This year is all about more platforms, more genres and more games,” says Steve Swasey, the company’s head of corporate communications.

He doesn’t refer to any titles specifically, but is keen to explain Kabam’s wider strategy.

What’s equally significant is how the company has grown in terms of revenue during that transition. VC-funded to the tune of $125 million, it’s revealed its 2011 sales of $100 million grew to more than $160 million in 2012.

Small wonder that Swasey states the company’s goal is to be platform agnostic, global and extend to mobile platforms beyond iOS and Android.

“Mobile has really taken off for us and we take it seriously,” he explains. “We support 13 languages and that’s why 40 percent of our gamers are outside the US.”

But it’s the expansion of genre that’s the most surprising aspect of how Kabam is approaching 2013.

“We talk about our ‘core’ audience, but we’re now looking beyond core to other categories and that includes casual,” Swasey says.

“We don’t want to be locked into one genre of games. We’re going to develop a broad and diverse range of games.”

It’s a smart move, given the mobile core/mid-core space is currently experiencing a pincer move from previously casual publishers such as Zynga and console-experienced start ups such as Industrial Toys, not to mention Facebook laggards like Kixeye.

After all, while Supercell is rightly regarded for its PVP breakout hit Clash of Clans, its reinvention of the casual farm sim Hay Day has been similarly successful.

As for Kabam’s longer term plans, despite the perceived weight of obligations from its funders, Swasey says it’s learned from others’ experiences.

“We have a very disciplined management team. We’re not making the same mistakes as other companies,” he comments concerning the (none) possibility of an IPO.

“We have a consistent discipline. Our growth is sustainable and for the sake of the business five to ten years hence, not for any other reasons.”（source：pocketgamer）

It seems you can’t keep Trip Hawkins out of the business.

Following the confused end of his involvement with mobile/social publisher Digital Chocolate, the EA co-founder is back in the game with new start up If You Can (aka If…).

Named after the Rudyard Kipling poem (“If you can keep your head when all about you…”), the London-based outfit is in its early stages and will be focused on educational games for kids.

“I’ve always had a passion for education,” Hawkins says, explaining that he thinks the rise of mobile devices, notably from Apple, has radically changed the opportunities available in the sector.

“Men used to do the all media buying [for a family], but now moms have these powerful devices and they’re giving them to their kids,” he argues.

This is combined with institutional changes in the formal education market, such as the $4 billion Race To The Top initiative in the US.

“Educational games partly deal with the distribution and monetisation issues we’re seeing in the wider app industry,” he adds.

Joining Hawkins as a co-founder for If… is Ben Geliher, who prior to stints at Bossa Studios and NaturalMotion, was a five-year veteran at Moshi Monsters’ developer Mind Candy.

More details about what the studio is up to will be released later in 2013, but it will be using Unity for development, with Hawkins saying some funding has already been raised from Silicon Valley VCs.

“I think we’ll be a well funded start up,” he added.

Facebook is making quick progress in growing its mobile advertising business, according to major ad platform Kenshoo. It sees 20% of all Facebook ad spend going to mobile. That’s a big boost from October when Facebook said 14% of its ad revenue came from mobile. Meanwhile, 71% of Facebook ad spend targeted to mobile phones goes to Android, further proving Facebook has to focus more on Google’s OS.

Facebook only began showing ads on mobile at the beginning of March 2012, and its unproven ability to profit in the space has made investors hesitant to bet on it. But over the last few months, studies are beginning to show that Facebook mobile ads work and could keep the company successful as its user base shifts away from accessing the service via desktop.

In September we reported that five major Facebook advertising platforms said there was high demand for mobile ads promoting Pages, and that these ads performed up to three times better than desktop Page ads. Then just last week, studies from AdParlor and Miso showed Facebook mobile app install ads that drive people to the app stores were performing well for developers, delivering high click-through rates. Facebook has also been focusing on improving the design of its mobile ads so they describe what’s being promoted, stay fresh, and don’t get tuned out.

Kenshoo’s data shows that Facebook mobile ads are currently priced at a 70% premium over desktop ads. That makes sense considering Facebook often shows seven or more ads per page on desktop. That means users are less likely to look at any single ad. On mobile, though, a single ad can take up most of the screen and therefore may be more likely to make a real impression on users.

Kenshoo collected its data during November and December 2012 from clients across a variety of verticals, including games, retail, financial services, travel, and software. One other interesting stat is that Android’s tablet offering is failing to gain traction with users, or at least advertisers aren’t buying there. Comparing advertiser spend on iOS vs. Android tablets, iPads received 97% of spend.

However, the fact that most smartphone ad spend on Facebook is going to Android underscores how Google’s OS is becoming a leading portal to the social network. Scraped stats from analyst Benedict Evans I published last week show there’s now 192 million monthly active users on Facebook for Android, and just 147 million on iPhone. If app growth trajectory continues, even with 48 million Facebook for iPad users, more people will come to Facebook via Android than iOS, or already are. This means Facebook may need to start prioritizing Android app development over iOS.

Kenshoo’s CMO Aaron Goldman expects more advertisers to dive into Facebook’s mobile placements, which could grow mobile spend from 20.3% to become a bigger part of Facebook’s ad pie. “The world’s top brands have embraced Facebook mobile advertising, and we expect the channel to become increasingly competitive as new devices, like those on display at the Consumer Electronics Show this week, deliver enhanced interactive experiences,” said Goldman.

As advertisers warm up to the mobile medium, Facebook needs to turn its attention to user reactions. The feed is starting to get a bit more cluttered with ads than a few months ago. If people start to feel stories from their friends are being drowned out with marketing messages, they may open Facebook less.（source：techcrunch）