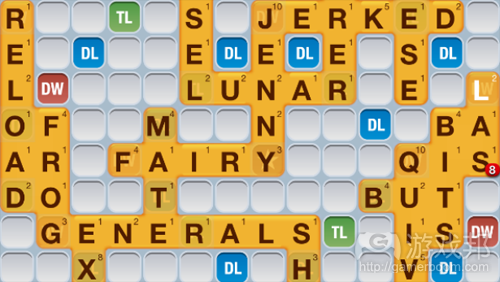 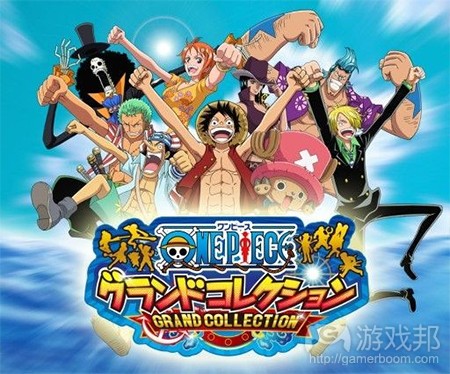 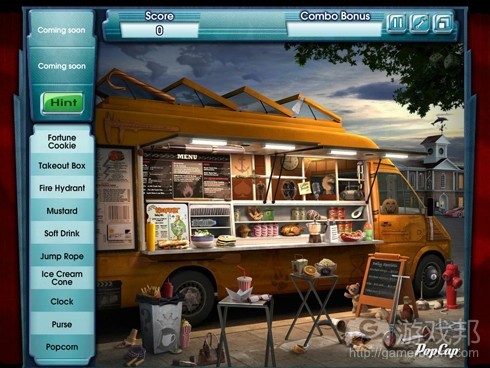 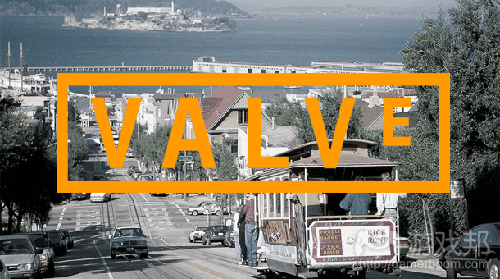 The study, on sale now, surveyed 1,418 adult Facebook users in the United States between August and September on their games habits. Of those, 31 percent played games several times per day while 18 percent played at least once per day. This highly engaged audience seems to be enjoying the games that bring their friends into the experience either in turn-based games (e.g. Words With Friends) or competitive games (e.g. War Commander).

Not surprisingly, Inside Network Research also found that niche games and those with coherent cross-platform experiences like Candy Crush Saga increased retention better than Facebook-only games aimed at a broader audience. At our Inside Social Apps conference in New York earlier this month, we heard developers on the monetization panel say that their philosophy toward game design has increasingly become a quality discussion, with platform coming at a much later point in a game’s development cycle.（source：insidesocialgames）

2）Double play: Namco Bandai’s GREE and DeNA partnerships pay off as social base in Japan triples to 30 million

Namco Bandai has announced a total of 30 million users now play its social games across Japan, with the firm’s hand in the social scene having accelerated since the start of 2012.

The figures – released in Japanese – suggest Namco Bandai’s total social userbase in the region has tripled since January, when it boasted a total of 10 million users across its titles.

No doubt, the company will take the news as the perfect validation of its strategy to partner up with two of the biggest players – and, indeed, fiercest rivals – in the region, DeNA and GREE.

Back in the summer of 2011, Namco Bandai established a joint publishing venture with DeNA based in Tokyo called BDNA.

The two parties had previously worked together on the jointly developed Gundam Royale, which amassed 4 million players on DeNA’s Mobage platform as of August.

Less than a year later, however, Namco Bandai partnered with GREE to develop five games based on the publisher’s IP for release in Japan in 2012.

Namco Bandai is one of the few major publishers to have a finger in both pies, with most tending to side with either DeNA or GREE in Japan or internationally.

According to information translated by Tokyo-based social gaming consultant Dr. Serkan Toto, the publisher has reported that flagship release One Piece Grand Collection boasts more than 4 million users on Mobage.

Don’t worry, PopCap is toiling away on more than just the sequel to Plants Vs Zombies. (In fact, rumor has it that it’s working on a 3D console game, too.) The EA-owned creator of Bejeweled is finally ready to show what else it’s working on: Hidden Agenda. A brand new intellectual property, Hidden Agenda is a hidden object game headed for Facebook in early (i.e. Q1) 2013.

PopCap has provided us with the first ever screen shots of Hidden Agenda in action, and we’re told that the studio will begin recruiting beta testers in Canada and Australia to iron out the kinks. Based on these incredibly early screen shots, Hidden Agenda looks to be heavily focused on its characters (no surprise) and plot development (actually a surprise).

Like most, if not all, PopCap games, Hidden Agenda features a cast of anthropomorphic animals, like Penny Paige, a cheetah that just so happens to be a reporter. However, this game has a decidedly different art style from the rest of the studio’s stable of IP. The characters are more human-like than ever and perhaps more mature, which for the hidden object crowd is fitting.

As for the theme of this hidden object game, that’s more difficult to tell. The iconography in its logo and user interface seems to point toward Egyptian, but no such scenes have been shown yet. PopCap is no stranger to hidden object games, so we’ll see whether it can take it to Zynga and Playdom with Hidden Agenda in Q1 2013. And hopefully by then we learn a bit more.（source：games）

[This unedited press release is made available courtesy of Gamasutra and its partnership with notable game PR-related resource GamesPress.]

Raptr Selects Most Popular Games of 2012 Based on Gameplay Data;

MOUNTAIN VIEW, Calif. – Dec. 13, 2012  – Raptr, the leading community for gamers, unveiled the results of the second annual Most Played Games Awards. The awards reveal exactly how gamers are spending their time with the biggest releases of 2012 based on gamer behavior and activities, including average individual playtime, average session length, and total playtime share.

The recipients of Raptr’s Most Played Awards of 2012 are as follows:

Highlights from the report include:

·         In 2012, gamers spent the most time with Call of Duty: Modern Warfare 3, beating out League of Legends, The Elder Scrolls: Skyrim, and World of Warcraft, all games that were released before the calendar year and have managed to sustain high levels of community engagement.

·         Portal 2 saw a 446% increase in daily playtime after releasing mod tools that allowed users to create their own levels.

·         Star Wars: The Old Republic experienced a 136% increase in total playtime per day after switching from a subscription business model to free-to-play.

·         Dragon’s Dogma won the category for most played new IP, edging out Dishonored and TERA.

Valve has acquired a San Francisco-based start-up founded by former PopCap staffers, and plans to set up a new subsidiary in the area.

Star Filled Studios was founded in September this year by Tod Semple and Jeff Gates. Semple was previously a developer on Plants vs. Zombies at PopCap, and has also worked at LucasArts on Star Wars: The Force Unleashed and on Diablo III with Blizzard North.

Meanwhile, Gates previously worked on Spore at Maxis, and also developed Diablo III and Plants vs. Zombies alongside Semple.

In a statement to Edge, Valve co-founder Gabe Newell confirmed, “The guys who did PvZ, down in the Bay Area, we’re helping them set up a Valve subsidiary there.”

Newell didn’t give any hints regarding what the studio will be tasked with over the coming months. Gamasutra has contacted Semple for confirmation.

This is Valve’s second acquisition, the first being Left 4 Dead studio Turtle Rock in 2008 — although Turtle Rock was slowly broken down afterwards, and eventually revealed that it is working on its own new IP. （source：gamasutra）