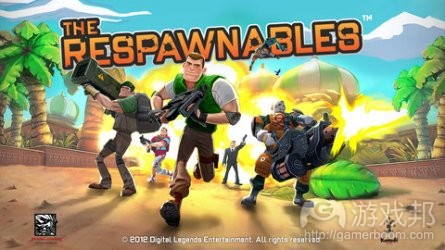 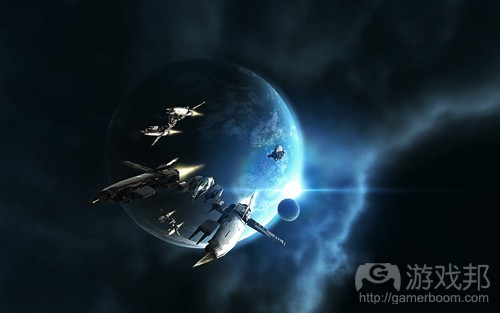 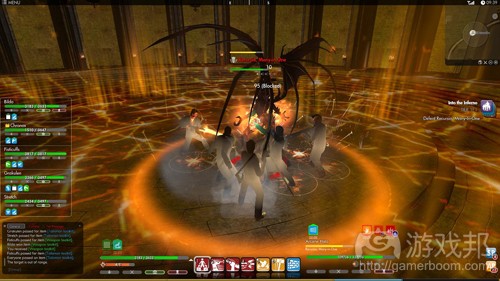 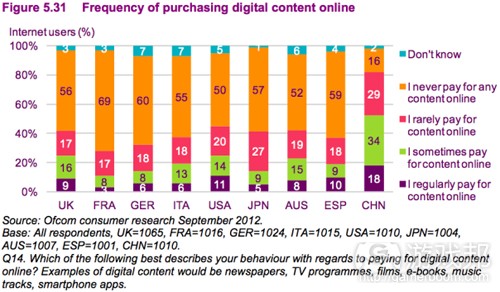 1）Zynga has finally done it: A 3D (real time!) multiplayer shooter on iOS

Not to toot our own horn, but (beep, beep?) we totally called it. Zynga has launched a 3D, free-to-play, multiplayer shooter on iOS through developer Digital Legends. It’s called The Respawnables, and looks more than familiar. The Respawnables is a third-person shooter that sees players going head-to-head in eight-on-eight or free-for-all matches.

As Kotaku points out (and we agree), The Respawnables looks more than a little bit like popular shooters Battlefield Heroes and Team Fortress 2. That said, Digital Legends worked on the mobile variety of Battlefield: Bad Company 2, so take that as you will. The game features both offline and online (in real time!) multiplayer modes across four maps that also seem to be inspired by these hit free-to-play shooters.（source：games）

2）EVE Online has more subscribers than ever, nearly 10 years later

The inability of companies like EA and Blizzard to retain MMO subscribers might tempt you into thinking that the monthly payment model just isn’t working anymore, but at least one publisher is doing better than ever with it.

In fact, the company says that the game has managed to grow every year since its launch.

CCP attributes the growth to the recent release of its 18th expansion pack, Retribution, as well as the re-introduction of the game in China by new distributor TianCity (taking over from Optic Communications), which saw a surge in subscribers higher than CCP anticipated. （source：gamasutra）

Following a disappointing launch earlier this year, and troubling times for its developer Funcom, MMORPG The Secret World has dropped its monthly subscription model.

This means that anyone who purchases (or has already purchased) the Funcom game will receive all of its content without having to sign up to pay a monthly fee.

However, a monthly $14.99 ‘Membership’ fee option is available to those who want to access some extras, including the ability to gain experience faster, and bonus points and items. Any current subscribers to the game are automatically transferred to this ‘Membership’ scheme.

The Secret World has had a rocky existence up to this point, with developer Funcom saying back in August that it plans to switch to smaller online games in future, after the MMO only managed to secure 200,000 subscribers.

The company also brought in a new game director in September, in a bid to expand and enhance the original release through post-launch content.

Of course, the move follows the decline and subsequent switch to free-to-play for the Star Wars: The Old Republic MMO earlier this year.

The fall of the MMO subscription was quite clearly one of the major trends that defined 2012 for video games, and the fate of the The Secret World subscription model simply throws more water on this dying fire. （source：gamasutra）

This A majority of Chinese internet users say they pay for digital content. That finding is likely a demographic quirk — but may nevertheless mean a welcome market opportunity for vendors.

photo: Robert S. Donovan Of all the nations where you would expect to find the greatest consumer willingness to pay for digital content, China — land of so much piracy — would not be it.

But that is indeed the case, according to annual research conducted for UK communications regulator Ofcom…

Although at least half of those polled in eight other countries said they never pay for content, that was just 16 percent in China, where more than half of internet users sometimes or regularly do so.

These are much desired numbers for online operators who find it hard to get consumers to cough up. So what’s going on here?

Back in the summer I questioned a different research exercise for finding unexpectedly high numbers of people who planned to watch the Olympics online. The finding did not tally with what we know about internet adoption that, whilst booming among urbanites, is growing more slowly elsewhere.

Like that research, Ofcom’s naturally skews toward young, urban and more affluent consumers — as opposed to the much poorer citizens in more rural areas — because this is where China still sits on its internet adoption curve.

In the same way, note how — surprisingly — a far higher percentage of people in China than elsewhere (around three quarters) say the internet is their main source of national news… Whilst internet adoption has reached mass-participation levels in many western countries, it simply isn’t true to say that three quarters of Chinese are online…（source：paidcontent）