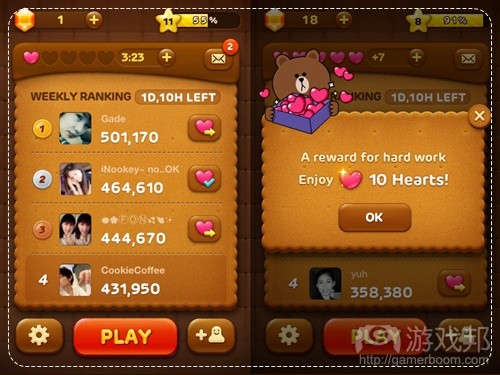 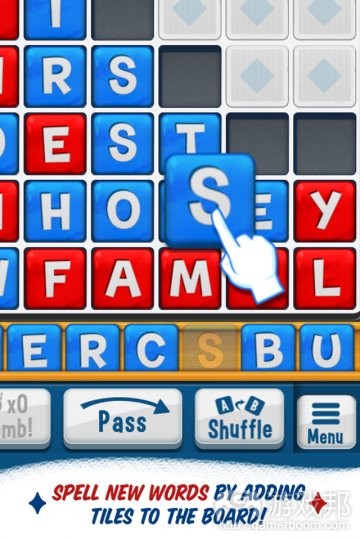 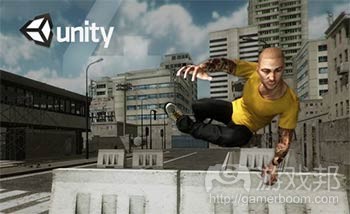 Mobile app usage grew by 35 percent in 2012 while TV viewing remained the same and web browsing dropped slightly, says mobile app monetization company Flurry.
A new report from San Francisco-based Flurry showed the rise of mobile devices as a competitor against other media formats such as TV and web browsing on laptops and desktops.

“Mobile apps are gobbling up the web and consumer Internet, and that’s where the opportunity is,” Flurry CEO Simon Khalaf said in the report. “And the opportunity has never been bigger.

All around me, I see entrepreneurs living it, loving it and collecting it ’99 cents’ at a time.”

The title was released on November 20, along with a few other apps using the LINE Game platform. It needed only 24 hours to reach 3 million downloads.

For reference, the platform’s previous mega hit, another puzzle game called LINE Birzzle, needed 97 days to get to 10 million downloads.

LINE users can currently choose between a total of 6 different games. NHN Japan said that it plans to boost that number to 10 by year-end.（source：serkantoto）

Row Sham Bow is a small Orlando-based company whose staff isn’t afraid to go where the audience goes.

The studio is made up of high-ranking EA Tiburon staff who had dedicated a large chunk of their careers to making Madden NFL on an annual basis for the console crowd.

After founding Row Sham Bow in 2011, the company created the game Woodland Heroes (recognized by Gamasutra and its affiliate, the GDC Online Awards, for top-tier design) for the Facebook crowd. And this week, the company has released the clever, uniquely competitive word game Letter by Letter for iOS and Android mobile devices.

But for Row Sham Bow CEO Philip Holt, transitioning to mobile wasn’t just a reaction to some perceived market shift.

“One reason [we went from Facebook to mobile] is — I don’t know how to put this delicately — looking at what works in social games, the mechanics that allow for viral growth and retention and monetization are not the kind of mechanics that we enjoy as users,” Holt said in a phone interview.

“The stuff that works on the platform leads to games that we don’t like to play,” he said. “So we’re not the audience. Therefore, it felt a little disingenuous to focus on that platform as our primary launch platform. It felt like a better place to be, because it’s a platform we’re more passionate about, so that was probably one of the most important influences.”

Letter by Letter might at first to be a clone of Words with Friends or Scrabble, but it’s quite a bit more tactical than that. Players do compete head to head against one another, and they do have to make words from random letter tiles. But the goal is to take over the board, and “steal” your opponent’s letters (and points), adding an unique style of competition among word games.

Holt is also fortunate that his platform of preference also resides in a booming — yet highly competitive — marketplace. Going Facebook-first allowed Row Sham Bow to get a handle on the free-to-play business model. (The game makes its money through ads, a paid ad-free version and sales of virtual money.)

He made clear that they’re not anti-Facebook, as a version of Letter by Letter is in development for the social network, and the studio works with Perfect World on the Facebook and Zynga.com game, Knights of the Rose. Facebook was a good learning experience for the studio.

What Facebook didn’t teach Row Sham Bow is exactly how to get people to play your mobile game. It’s a science that the studio, along with everyone else in mobile game development, is trying to figure out.

“Our approach to launching the title was we went through a number of paid acquisition channels,” Holt said. “We wanted to get a seed audience established as quickly as we could so that we could get as high up the charts as possible, because we know that a lot of app discovery happens from people just browsing the charts.”

After that, it’s up to organic growth — word of mouth and viral channels– to really expand the game’s user base. One way to facilitate that was by allowing players to log in to Letter by Letter using their Facebook accounts.

But Row Sham Bow was caught off guard when people were logging into the game via their email addresses instead. So the studio has found the need to adjust its organic growth strategy to one that encourages sharing of the game through email and SMS, and must adjust accordingly.

Ultimately though, Holt admits, the way to facilitate organic growth is to make a game that’s good enough so that players will want to tell their friends about it.

“I think what we’re seeing is a transition to the kinds of games that are going to be successful on Facebook, and going away from the very mass casual stuff, to games that a bit more ‘mid-core,’ ones that don’t appeal quite as much to a broad general audience, but can retain and monetize users better.

“Platforms come and go, and I think the companies that survive understand that platform transitions are a natural part of the game industry,” said Holt, “and you need to go where the audience is going.” （source：gamasutra）

Unity CEO David Helgason has taken to the company’s blog to respond to criticism about the firm’s decision to target gambling games with an additional licensing agreement.

As broken on PocketGamer.biz, the new end-user license agreement (EULA) for Unity 4.x specifically singles out games that feature gambling, with one developer claiming studios working on gambling games could have to pay Unity “six figure sums” to license the engine.

Helgason, however, claims that this is not a case of Unity looking to squeeze more cash out of certain developers.

Rather, the company is responding to the changing nature of the industry, better equipping the set up of its engine to deal with the rush of new real money gambling games.

“We learned that gambling companies were using Unity when they started calling us a while ago,” says Helgason in the blog entry.

“We realised that Unity was extremely valuable to them – both because of all the obvious stuff like our tools and features being awesome, but also because we have an obsession with learning about our customers and engaging with them to help them further their goals.

“So we hired a small-but-stellar team and started working with some of the biggest companies in the space.”

Helgason claims this team is designed to protect Unity and its users from the “ensuing complexities” the gambling sector is likely to present.

As such, the change to the EULA requires developers working on gambling games to work with Unity directly to ensure everything is above board.

“The intent was clear enough to us, but it managed to create enough confusion that I realised that the wording wasn’t clear,” he adds.

Helgason goes on to clarify gambling activities as “any gambling product or service offered in any market or application that is regulated by any local, state or national authority and requires a gambling license.”

He also claims that the new agreement is “not meant to be about virtual currencies, as it previously could be construed as, and of course will not impact 99.9 percent of the developers using Unity.”

“It will help us engage with those (relatively few but large) companies who are building regulated real money gambling apps with Unity,” clarifies Helgason.

“Gambling is a very heavily regulated industry and the process of acquiring gambling license is generally long, arduous and expensive.

“In the long term this helps us build a sound business servicing these companies, which in turn makes it easier for us to invest heavily in Unity for all our customers and makes it easier to keep our game developer pricing low.”

A matter of trust

Helgason claims this is also a two way street – there will be clear benefits for developers who sign the new gambling game agreement.

“The premium gambling product license and support packages we offer provide professional gambling developers the technology and assistance they need to create a successful and technologically superior product in a very competitive market,” he adds.

“This highly regulated sector requires a high level of support, regardless of the size and experience of the company developing or producing the game.”

It’s important, Helgason concludes, for Unity to remain a “trusted technology provider”, and the new agreement will help nail down that trust and “permit Unity to continue to invest in our product in a manner that contemplates the needs of this sector where we know we can provide a higher level of service and pretty advanced consultation.”

You can expect even further clarification from Helgason in the coming week, when he takes to PocketGamer.biz to answer our questions on the revised EULA.（source：pocketgamer）

5）Infographic: How can developers best take advantage of tablets?

The more the tablet market grows, the more it seems that it’s hiding a subtly different kind of user, and a lot of new use-cases to bear in mind.

Porting can sometimes seem like a case of scaling up the art assets and slapping “HD” on the end of the name, but dig a little deeper into how tablets are used – and who uses them – and you’ll find a lot of interesting differences that go beyond screen inches.

Our latest infographic highlights some of the most interesting features of the emerging tablet market, from ad spending to social networks.（source：pocketgamer）