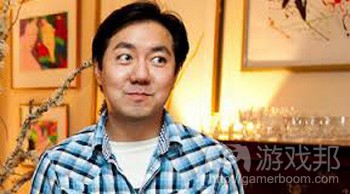 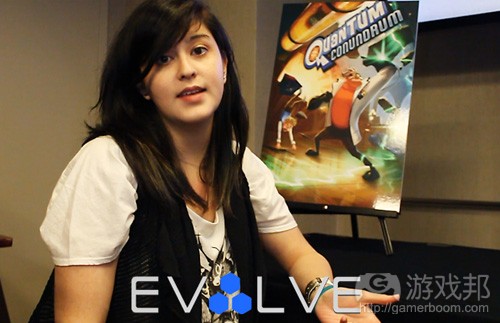 Starting today, Adventure World Indiana Jones is no longer available to new players and will no longer be accepting payments.

Our Appdata shows that Indiana Jones Adventure World is currently Zynga’s No. 22 most popular app with 1.2 million MAU and 60,000 DAU.

The game, originally named Adventure World, made a strong debut last year as the then No.9 fastest growing Facebook game by MAU, but failed to capitalize on those numbers. In September 2011 Zynga and LucasFilm announced a partnership that will infuse Adventure World with the Indiana Jones license, but this too failed to keep its numbers up.

Zynga also said that it will provide Adventure World players with bonus packages that will encourage them to move on to other Zynga games.（source：insidesocialgames）

Ying’s a long-standing member of the video game industry, both in North America and in Asia. Most recently, he was with the social mobile developer and publisher 6waves as the company’s SVP of Publishing until he was phased out during the company’s most recent round of staff cuts. During his time with the company he helped oversee 6waves’ transition from social to mobile games, as well as its expansion into Asian territories.

GREE has been making a concentrated push into North American mobile markets recently, with its upcoming mobile platform about to launch and its high-profile “GREE Loves Indies” competition. The company is appealing to many developers right now because of the massive audience it has access to after it acquired OpenFeint for $104 million in 2011. As for OpenFeint itself, though, GREE caught many developers and users off-guard last week when it announced it would be shutting the service down on December 14.（source：insidesocialgames）

3）GDC China: Why HTML5′s negative publicity might be unfounded

Despite its bad publicity, HTML5 is still a viable platform for games and, in fact, most of the top-grossing mobile games of late could have been made using it.

That’s according to NonStop Games’ Henric Suuronen, a veteran of companies including Digital Chocolate and Wooga, discussed the state of HTML5 games, who spoke at GDC China on Monday.

Suuronen’s Singapore-based startup is HTML5-exclusive, and he noted that several recent high-profile stories have maligned the progamming language. Of these criticisms, “some were deserved, some not.”

The first PR blow for HTML5 in recent months was from Suuronen’s ex-employer Wooga, who said they were pulling out of making HTML5 games. This created big headlines, but Suuronen noted that Wooga were simply saying that HTML5 games were “not really for the mass market” – and in many ways he agrees.

The second PR blow was when Mark Zuckerberg said using HTML5 for mobile was Facebook’s biggest mistake of recent – but the NonStop Games founder notes that Facebook still has more users on the browser version than the native version. However, it was still a good move for Facebook to abandon HTML5 because the responsiveness issues meant less people were looking at news feeds – and therefore displaying ads.

Overall, Suuronen suggested that instead of looking at the sometimes overblown press, let’s look at what sells. Examining the top-grossing U.S. iOS titles, he suggests that some of the top titles like Kingdoms Of Camelot, Poker by Zynga, Rage Of Bahamut, and Slotomania could be made just as well in HTML5.

But some top games like Clash Of Clans couldn’t be, because the “level of polish and level of animation are so high” that it’s difficult to do in HTML5. Overall, titles with complex animation and sound and swift responsiveness won’t work as well in HTML5, Suuronen admits.

The ability to use a ‘wrapper’ to run an HTML5 game across web, mobile, Facebook, and other systems all at once mean that NonStop Games believe that hardcore social games are the sweet spot for HTML5 titles.

Games where you can play anywhere easily – on your cellphone, tablet, and PC – lend themselves to HTML5 much better, and you can tailor different short and longform gameplay for the different times of day – commuting versus sitting down in the evening.

Ironically, Suuronen notes that right now the ‘casual’ games are the more complex in terms of what’s screen, but these ‘core’ social games generally have more depth but less complex animations.

Having started on more casual HTML5 games such as Dollar Isle, NonStop is now concentrating on a more complex, PvP-included fantasy wargame, to be revealed soon, which intends to play up a lot of the advantages that he sees with the language.（source：gamasutra）

At GDC China’s Independent Games Summit in Shanghai, Kim Swift outlined the design lessons she’s gleaned as she went from a student game developer with Narbacular Drop, to her professional work on Portal, Left 4 Dead 1 & 2, and now Quantum Conundrum.

“If you’re looking to be a good designer, you owe it to yourself to learn everything you can. And I mean everything,” she began. “Learning how to sew when I was younger made it actually really easy for me to unwrap a 3D model,” adding, “If you’re not learning something new on a day-to-day basis, then you’re doing something wrong.”

But be humble, as well. “Sometimes your ideas aren’t always great. One of the best abilities you can have in this industry is to take a step back.

“I have just as many crappy ideas as the next person,” she admits.

“It is seriously one of the most important processes for game design,” says Swift. If players are learning the wrong things “It’s not the player’s fault — it’s your fault.”

Playtesting should begin with your team, who you should be very actively listening to. “If you have a small team, you have literally no excuse not to listen to your teammates in a small group,” she says. “If you don’t trust your teammates to make the right choices and give valuable input, then you’ve probably chosen the wrong team.”

If you get into a situation where you have to cut features, she says you should “Focus down on the core mechanics that will make or break your game. … Categorize features into ‘integral,’ ‘somewhat important,’ and complete ‘wishlist.’”

When teaching new concepts, as with Portal, she says you need to first “teach a skill by itself, with very few distractions. Then you reinforce it. Show that skill to a player again and again and again, but make it a little more challenging this time.”

Swift says you should “reinforce newly-taught skills at least twice,” but then “give players an a-ha moment.” That is to say, after you’ve given people a few skills, bring them together; “this will make players feel really smart and accomplished.”

But don’t be afraid to take risks either. “Strive for random things, because you really never know if it might take off,” says Swift, citing the “Still Alive” song in Portal as an example of a weird idea that paid off.

“The game industry right now is super weird. It makes no sense and it’s kind of scary,” she concludes, noting the console transition, free-to-play gold rush, and mobile space.

“I have no idea what the next few years are going to look like. So as a small developer we have to stay on our toes, and adapt to whatever comes along.” （source:gamasutra）