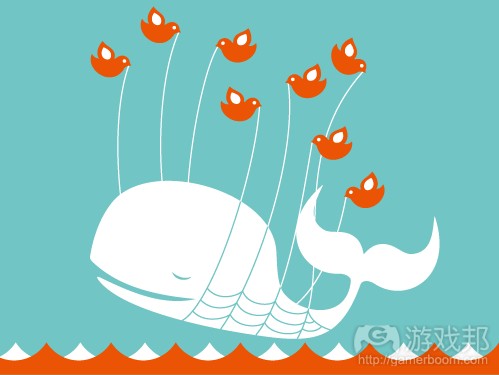 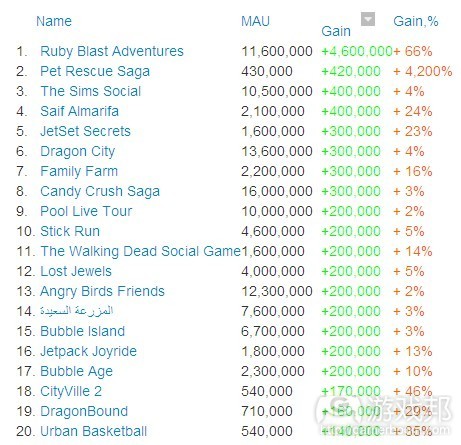 The banning of kompu gacha is still affecting GREE‘s financials, if a report the Nikkei published earlier today in Japan is to be believed.

According to the paper, GREE will report an operating profit of US$199 million (16 billion yen) for the quarter that ended September 30 – which would be down 16% from the previous quarter.

If this is true, GREE would be reporting a decline in profit for two quarters in a row.

The Nikkei says that sales have reached 40 billion yen, about the same as in the last quarter.

The paper also learned that sales started picking up from August, making GREE hope to report profit growth in the next quarter.

GREE is reporting on November 14.（source：serkantoto）

2）Freemium revenues have increased 4x on iOS in 12 months

I’ve been busy adding a lot of new benchmarks and market size statistics to our regularly updated pages. Here’s a quick rundown of all the new data, and links to our pages if you’re hungry for more.

Oh, and I love it when people share data with me. Contact me if you have anything interesting to tell me. Everything here helps other developers to plan their business and sanity check their forecasts using the Free to Play Spreadsheet.

How large is the online and mobile games market?

•100 million iPads have been sold to date (source: the app side)

•So far $6.5 billion has been paid out to iOS developers. (source: the app side)

•Ustwo’s Whale Trail has achieved an eightfold increase in number of downloads per month since switching from paid to free (source: the app side)

•Superdata research has whales as the top 15% of spending users and dolphins as the next 25-40%. Whales generate 50% of the revenue, while minnows – users who spend between $1 and $5 – generate 15% of a game’s revenue.

•Approximately 85% of players do not return after the first day (source: Playnomics)

•Users that are brought back into the game within two days of their first session play 334% more overall (source: Playnomics)

•Players who do not churn play for twice as long on their first day (source: Playnomics)

•Players who carry out more actions in a game session are retained for longer (source: Playnomics)

I’ve added ESA Canada’s latest report to the Resources page. It highlights audiences and use cases that have often been ignored by the industry:

•80% of parent gamers play games with their children

•Among young adults, male and female gamers play video games about as often as each other, with 45% of women and 49% of men playing a few days a week. Competitive online RPG play is very popular regardless of gender.（source：gamesbrief）

This new partnership will also see the Nexon brand displayed on Swansea City’s Liberty Stadium on game days, and “the two parties will work closely together on staging various promotions over the course of the year-long agreement.”

The announcement was made on Swansea City’s official site, with club vice-chariman Leigh Dineen noting Nexon’s strong presence in Korea and making a general statement about how the partnership will help further the club’s presence in the ASEAN region. Specific details for the deal, as well as any future plans regarding a possible Swansea City social and/or mobile game franchise, weren’t mentioned in the announcement.

Soccer is a popular sport in Korea, and online soccer games are proving major hits in the country. According to Electronic Arts, over 80 percent of the company’s teenagers between the ages of 16 and 19-years-old play FIFA Online 2. Nexon is also involved with the FIFA franchise, as it partnered with EA to publish FIFA Online 3 in the country.（source：insidesocialgames）

Giant media company Heart Corporation announced today that it made a minority equity investment in social-mobile game developer Spooky Cool Labs. The financial terms of the investment were not disclosed.

Spooky Cool Labs recently released its first social game The Wizard of Oz based on Warner Bros.’ iconic film. The Wizard of Oz is a 3-D  citybuilding game that takes full advantage of the licensing deal Spooky Cool Labs made with Warner Bros.; featuring the film’s characters, music and likenesses, including the likeness of Judy Garland’s (Dorothy), Margret Hamilton (the Wicked Witch of the West) and others.

Inside Social Game will publish its review of The Wizard of Oz at noon PST today.（source：insidesocialgames）

Zynga’s Ruby Blast Adventures is once again on our list of fastest-growing Facebook games by monthly active user, taking the top spot with 4.6 million MAU for a 66 percent gain.

Only three other games saw traffic increases greater than 20 percent. Zynga’s CityVille 2 (which launched last week) is up by 170,000 MAU, a 46 percent gain. Zotata’s DragonBound (another new release) was up by 160,000 DAU for a 29 percent increase. Finally, Urban Basketball took in 140,000 MAU for a 35 percent gain.（source：insidesocialgames）