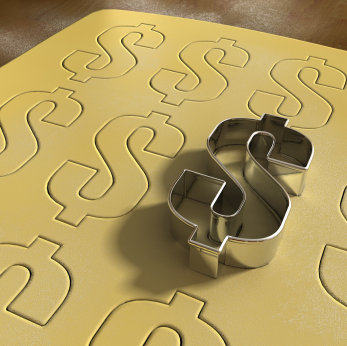 Venture capital investors love to tell stories of savvy investments in little-known companies that turned into blockbuster exits – after all, who doesn’t love to recount deals that are proof positive of one’s own superior judgment? But VCs are also surprisingly willing, with minimal persuasion, to talk about the ones that got away.

Accel Partners passed on investing in Zynga, but fortunately for the firm, it found Playfish.At the Dow Jones Private Equity Analyst Conference, concluding today in New York, the persuasion took the form of a panel entitled “Show & Tell Time,” which attempted to dissect the biggest hits – and some of the misses – of a group of VCs.

“We missed Zynga. We should have seen it,” said Rich Wong, partner at Accel Partners, with a rueful smile on his face as he spoke of the social gaming company whose Farmville game and others have become ubiquitous on Facebook. “Virtual goods, cows on farms…we just didn’t see it.”

The whiff was surprising, Wong said, because the company otherwise hit several checkpoints in Accel’s consumer Internet strategy, as a gaming company that meshed with a social networking platform.

“But we just couldn’t get our heads around it,” he said.

Thankfully for Accel, that view quickly changed. Wong’s firm eventually invested in a rival social-gaming company, Playfish Inc., teaming up with Index Ventures to put a total of $18 million into the company over a brief two-year period. That translated to a sizable return when Playfish sold to Electronic Arts for $300 million late last year.

James Garvey, chairman of health-care investor SV Life Sciences Advisers, took a more philosophical view of the near-miss question. “When I was at Allstate (Corp.) doing venture capital, I stopped counting at 30 deals I missed,” he said. “Part of this business is dodging bullets. At some point when you’re old enough, you just stop counting.”

He did name Aegis Sciences Corp., a drug-testing company based in Nashville, Tenn., as a promising investment that his firm reluctantly passed on, partly due to an inability to reach terms. “I think it’ll do real well,” he said of the company.

Tracy Warren, general partner at Battelle Ventures, which works with very early-stage technologies just out of research labs, in many cases, said she suspects she may have missed a great opportunity, though she’s decided she really doesn’t want to know for sure.

“Years ago a guy called me and was talking to me about something called Blu-ray. I thought, ‘That’s crazy, a competitor to DVDs?’” she said, suggesting she couldn’t get off the phone fast enough. “I don’t even know if it’s the same company, but I always wonder.” (The Blu-ray disc was created by a consortium of electronic companies.)

The VCs were happy to talk about their potential winners, too. Asked about companies that have the potential to help carry a fund with a monster exit, Wong mentioned Facebook, of course – Accel was the sole investor in the company’s $12 million first round of financing in 2005 – as well as online crafts marketplace Etsy Inc. “Some people think it has the characteristics of the next eBay,” he said. Accel led a $27 million Series D round for the company in 2008 and took part in a $20 million round last month that came with a $300 million valuation.

Garvey, meanwhile, pointed to two companies addressing obesity in minimally invasive ways – ValentX Inc., whose $22 million financing was led by SV Life Sciences in September 2009, and ReShape Medical Inc., for which SV joined a $20 million Series B round in early 2009 – as especially promising.

“We like (to invest in treatments for) chronic diseases in a growing demographic – no pun intended,” he said.(Source:The Wall Street Journal)