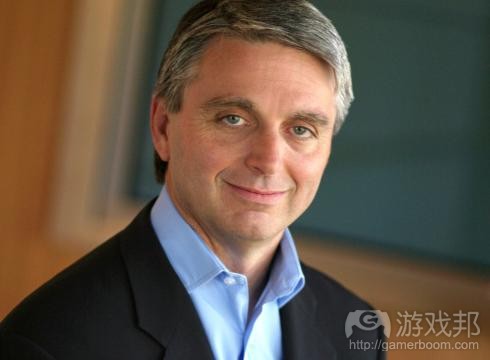 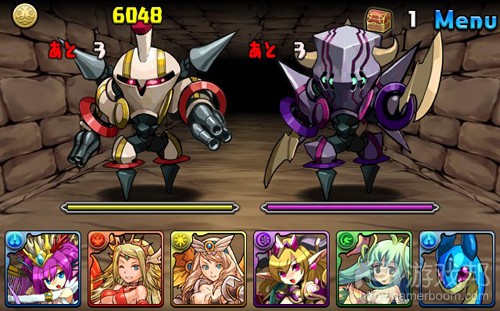 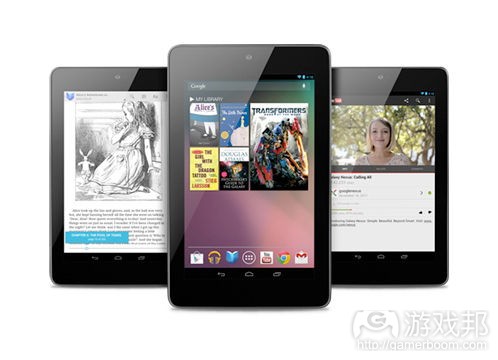 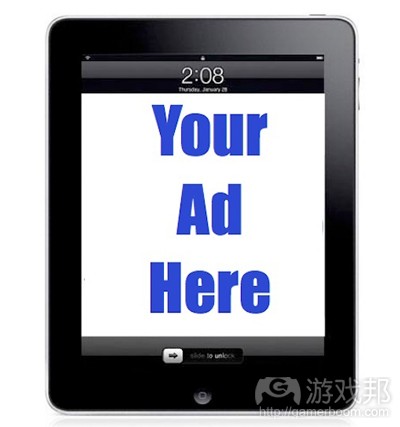 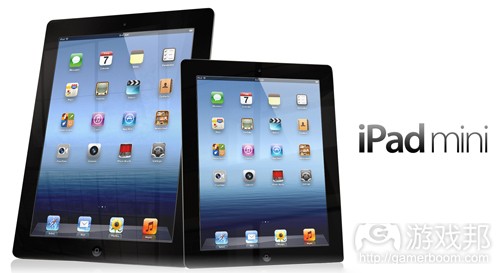 Delivering a keynote at App Conference, Riccitiello admitted that the social game market has been overhyped — notably, EA contributed to that hype several years ago when it acquired UK-based developer Playfish in a deal valued at $300 million. But he argues that social gaming is evolving, not dying.

The CEO believes that the market’s decline isn’t as bad as some are making it out to be. He added that “the companies that are now suffering will have another day,” and many of them have likely learned some lessons about game quality from the challenges the industry’s facing right now, according to All Thing Digital.

Among major developers on Facebook, EA has been one of the hardest hit by decreasing interest in social games. Once claiming the second biggest audience of gamers on Facebook behind Zynga, it now trails behind younger developers like King.com and Wooga.

Its total monthly active user count across all of its games on Facebook is at 36.7 million — EA’s biggest title, The Sims Social, alone had that many players less than a year ago (it even hit 66.2 million before the social network modified how it counts users). Now it has only 10.7 million monthly players. （source：gamasutra）

Maker GungHo announced that their flagship title has reached 2 million downloads – in Japan only, on iOS and Android only (there is no feature phone version), and without using the Mobage or GREE networks.

Puzzle & Dragons was released in the Japanese App Store in February and on Android in late September. The title hit 1 million downloads in mid-July.

GungHo also uses the press release to point out that the game is currently the No.1 app in Japan’s Google Play top grossing ranking. It has been occupying that position in the App Store for months, first on the iPhone and later on the iPad, too.

Puzzle & Dragons in English is scheduled to go live next month.（source：serkantoto）

3）So how many Nexus 7 tablets did Google sell?

Earlier this morning when I was scanning through Google’s third quarter 2012 earnings, I noticed that revenue in Google’s “Other” category came in at $666 million, versus $385 million in Q3 2011. It was such a substantial jump that I pinged a couple of Wall Street analysts, wondering if they could explain the jump.

Mark Mahaney, who follows Google for Citi Research, in an email said that the jump could be explained by the Nexus 7 sales. Mark thinks Google sold about a million units of their tablet (that is made by Asus) and that accounts for about $200 million in revenue. Ben Schachter of McQuarie Securities agrees and estimates that Nexus 7 sales accounted for probably $150 million to $200 million of the $281 million jump in other revenue.

Piper Jaffray’s Gene Muster estimates that Google sold between 800,000 to a million units, while Doug Anmuth of JP Morgan says Google sold about 700,000 units of Nexus 7 tablets. These numbers aren’t terribly surprising: The low-cost tablet “sets the standard for small slates” according to my collegue Kevin Tofel, who reviewed the device in July.

In 2011, Google had $1.37 billion in “other revenues.” These “other” include money Google rakes in from licensing, enterprise applications, and its various app stores. Now, we’ll have to add Nexus tablet revenues to the mix.（source：gigaom）

With all eyes on an Apple event next week that many think will reveal a new, smaller iPad, the ad agency M&C Saatchi has come out with some compelling numbers that point to how tablets are overtaking smartphones when it comes to monetizing content. It says that the growth in ad spend on tablets is already outpacing that of smartphones, and by this holiday season tablet spend will, for the first time, be higher than that for smartphone campaigns.

The agency — which claims that it is the world’s biggest buyer of mobile ads, working with brands like Reebok, Sky, BMW, Harper Collins, HSBC, Dior, and Yahoo – says that in the lead-up to holiday shopping, some 90% of its clients are growing tablet spend by 25% in the coming months. They are being driven by data that shows conversion rates (where people either click on an ad or perform some other built-in action) for tablet ads at least four times higher than the same ads delivered on smartphones.

(As a point of comparison, M&C Saatchi says that premium smartphone ad rates have gone up by 20% in the last year, with that 20% rise equating to $0.10 more on CTRs.)

And… it’s worth noting that ad agencies aren’t the only ones noticing a divergence between tablet and smartphone advertising.

The news comes just as Google yesterday noted in its Q3 earnings that its mobile advertising run rate is now at $8 billion, up from $2.5 billion a year ago. The company is making a big push on multiscreen experiences to capitalize on what it also sees as an increase in cross-device usage.

And earlier this week, Mojiva launched the first tablet-only mobile advertising network, in a move to better meed demand from advertisers to target users on those devices specifically.

Device makers are also jumping on the potential of tablets-as-ad-medium — a look at how Amazon is loading ads into the Kindle Fire (pictured) is one idea of the shape of things to come.

M&C Saatchi Mobile CEO James Hilton says that the holiday period is proving to be a catalytic moment for the tip to more spending on tablet ads, but he also predicts that the effect “will continue to increase after the Christmas period.”

Its research into consumer behavior has — carried out between April and October in the U.S. and UK — also confirmed that tablet usage so far is proving to be different from that on smartphones. Because tablets today tend to be more often used in stationary locations than on-the-go, geo-targeting is used by less than 10% of M&C Saatchi’s clients. Conversely, targeting based on city or country location, language, time of day and demographic profiles are significantly more common. When techniques like this are implemented, M&C Saatchi says that conversion can go up to five or six times higher.

Prior to M&C Saatchi’s news, we already knew that engagement on tablets tends to be more sustained than on smartphones. This is down to the basic form factor of the device and how content is being created to cater to that: a bigger screen is simply a more enjoyable way of consuming a lot of long form content such as video, magazines and newspapers.

But tablet growth is still in an early stage. Figures from the OPA note at in 2011, only 11% of consumers in the U.S. owned a tablet. By 2013, that proportion will be at 47%. M&C Saatchi believes that the next phase will see a transformation in what tablet usage (and subsequently advertising) may mean, because of the introduction of smaller devices.

Apple, for example, is expected to release a smaller (and possibly less expensive) device on to the market next week, rising to the challenge from Amazon, Samsung and others that offer a range of tablet sizes and price points to a market that is only just beginning to hit its stride.（source：techcrunch）

Apple’s iPad mini announcement is set for early next week, and the big variable still remains price. Now, a couple of new reports that surfaced this weekend shed a little more light on what we might expect with pricing. KGI Securities analysts Ming-Chi Kuo has an early look at the likely bill-of-materials (BOM) for the iPad mini, and 9t05Mac reports on likely U.S. retail pricing, meaning we can take a closer look at how the iPad mini might figure into Apple’s existing lineup when it comes to comparing gross margins.

Kuo’s estimate of the BOM and manufacturing costs of an iPad mini will start at $195 for a 16GB Wi-Fi only version, and range up to $254.50 for the 64GB, LTE + Wi-Fi edition. His estimates are based on educated guesses, existing price and component lists from other Apple devices, and reported suppliers of parts for this new tablet. Separately, 9t05Mac has information indicating price points of $329, $429 and $529 for 16, 32  and 64GB Wi-Fi only models of iPad mini, and $459, $559 and $659 for Wi-Fi + LTE versions in corresponding capacities. That works out to a gross margin of 40.73 percent at the low end, and 61.38 percent for the fully loaded iPad mini.

Margins are Apple’s bread and butter, as I explained in a previous post, and the reason it manages to stay ahead of its gadget-making competition in terms of market cap, profits and cash on hand. The iPhone 5, for instance, carries a gross margin of 68 percent for entry-level devices, and  72 percent for its most expensive model, thanks to a markup of 256.72 percent. But taking these two reports together puts an iPad well within acceptable limits for Apple – the newest iPad has a 36.66 percent gross margin for the 16GB Wi-Fi model, and a 50.70 percent margin for top-end devices.

Unlike Amazon, Apple just wouldn’t market a device on which it was merely breaking even or losing money, since it isn’t driving the bulk of its revenue from its digital content ecosystem (though it does take in a fair amount that way, too). But taking these two new pieces of information together, you can see how Apple would be able to market a new device at a price point considerably under its existing iPad offerings and still enjoy margins well within its existing acceptable range.

Of course, if 9t05Mac’s information is accurate, that would also mean that the iPad mini would be priced well over the cost of entry of competing devices like the Nexus 7 and Amazon Kindle Fire. But as mentioned, shipping hardware as a loss leader just isn’t an arrow in Apple’s quiver, and besides, Apple won’t be framing the discussion around place, but instead will emphasize quality and the reputation of the original iPad line, and I have a feeling those are arguments that a lot of consumers will find convincing.（source：techcrunch）