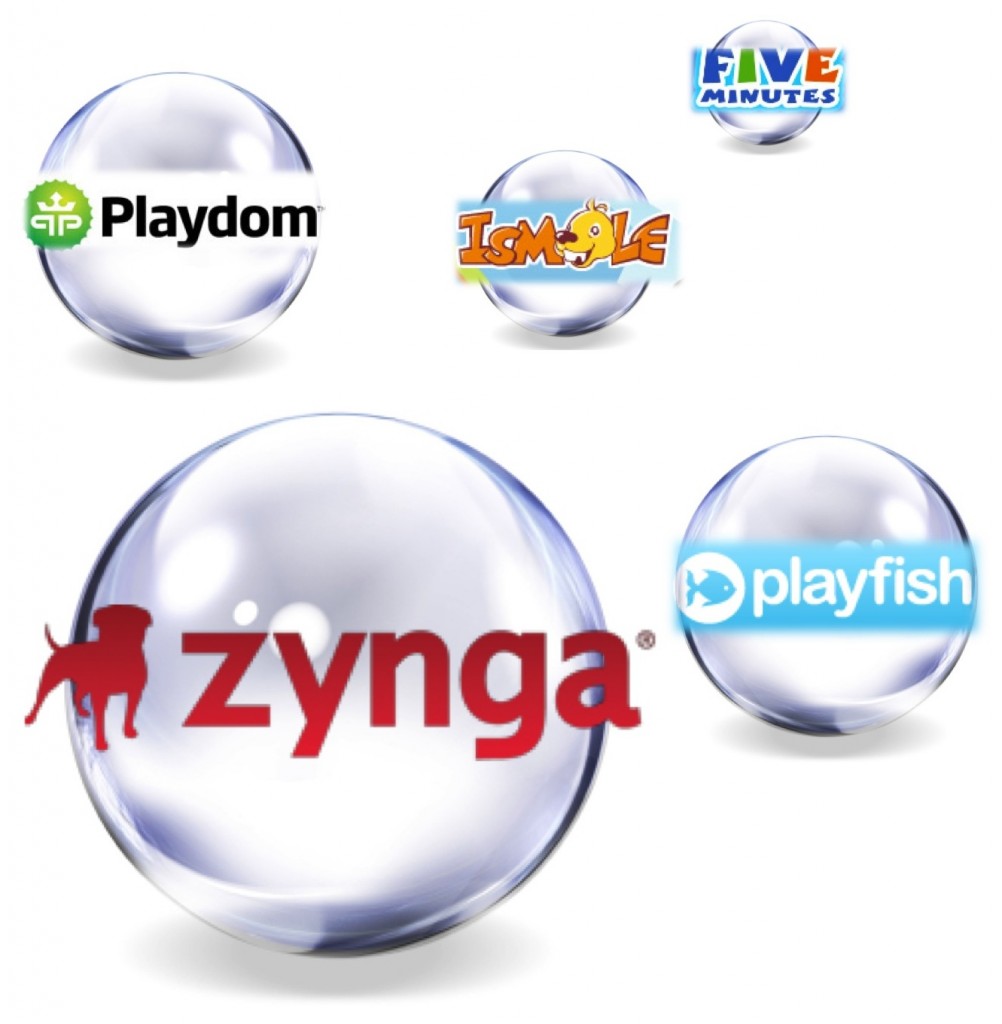 China has become one of the biggest sources of games for mobile devices like the iPhone and social-networking sites like Facebook. But software developers here are finding it difficult to make profits in their home market.

Rampant piracy and the smaller reach of distribution systems like Apple  Inc.’s App Store have curbed profits in China’s nascent “app” market, even though the country has the largest cellphone market by subscribers and more Internet users than any other nation.

Developers say Apple’s App Store is hampered in China because of language and payment restrictions. The interface is in English and users must have credit cards that work for both dollar and yuan transactions—which many Chinese don’t have—to set up an iTunes account. Meanwhile, Chinese social-networking sites, which only recently opened their platforms to outside app developers, charge high commission fees.

Social games and iPhone development are “really suited for Chinese teams,” said Frank Yu, chief product officer at Kwestr, a Shanghai-based software start-up. “There’s a low capital base to get into this type of development work. A team of five to 20 engineers can design an iPhone app with little more than $100, a computer and an iPhone.

Apple and sites like Facebook Inc. typically give 70% of revenue from app sales or advertising to their creators, but Chinese platforms will often share only 50% or 40%, Mr. Yu said. “It makes good business sense to go abroad,” he said. “Not only do they get better revenue” when they develop in English, “but they’re going to a bigger market” because they can reach users in more countries.

Some Chinese developers have been successful overseas. For example, Beijing-based Rekoo Media has created the virtual-farming game “Sunshine Ranch,” which has more than 600,000 monthly active users on Facebook. The company has also created some of the most popular games on social-networking sites in Japan and Korea.

Liu Yong, Rekoo’s chief executive, said the company has released its products both in China and overseas, but generates only 30% of its revenue from its home market. “The Chinese market could be a very profitable one in two to three year’s time, but currently, developers are facing way too many problems” including with piracy, he said.

Shi Weixing, chief executive of Beijing-based developer 9thQ Games, said it takes far more research to develop an app in English for a foreign audience, and while the firm prefers to develop products for Chinese users, there is no platform in China where developers can get reasonable payment.

“The Chinese market is one with high potential because of large demand, but many developers have to go abroad due to the immaturity of the market,” Mr. Shi said.

To be sure, with some 400 million Internet users in China, the online game market here is attractive for game companies despite its challenges. Beijing-based developer Zhang Shang Ji Hao Information Technology Co., for example, pays a 70% commission fee to publish its games through the online game portal of China’s Tencent Holdings Ltd., because of the site’s massive number of users.

U.S. developers are moving into China as well. Zynga Game Network Inc., a San Francisco based social game maker, earlier this year acquired Beijing-based social game company XPD Media. The move marked a first step into the Asian market for Zynga—whose “FarmVille,” in which players grow crops and raise livestock, is one of the most popular games on Facebook. Zynga also said it made the move to bolster its talent in game development for its players world-wide .

Meanwhile, Seattle-based PopCap Games Inc., the creator of games such as “Bejeweled” and “Plants vs. Zombies,” is planning to release games in Chinese soon, despite challenges the company faces with piracy. “Plants vs. Zombies” is popular in China, despite not being officially available in Chinese. James Gwertzman, PopCap’s vice president for Asia Pacific, said the game has spread through “distribution of pirated copies.”

Mr. Gwertzman added it may be difficult to find ways to profit from game sales in a market where users are accustomed to playing for free, but the company has been developing its own platform to address that, which has launched in Korea. “The biggest difficulty in China for distribution” is finding “legal mechanisms to actually monetize content,” he said.

Developers say adoption of high-speed mobile services, and the launch of Apple’s iPad and the iPhone 4 in China earlier this month, may eventually bolster use of legal app distribution platforms in China.

“The market is still large and attractive enough that you’re going to see developers targeting the Chinese market than you have in the past,” Mr. Gwertzman said。（source：wsj）