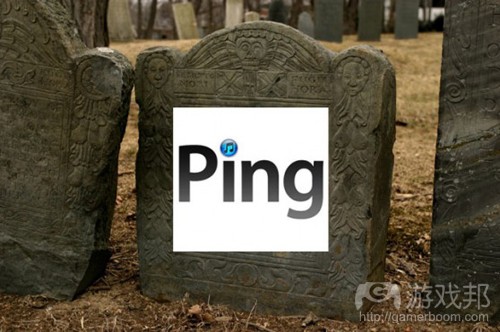 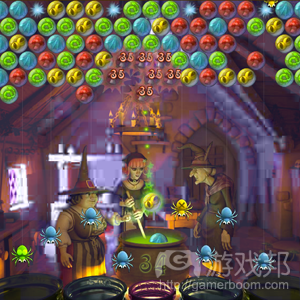 Apple tried, but it turns out its customers weren’t interested in forming new social connections specifically around iTunes music. So, just two years after it was introduced, Apple is officially retiring its Ping social network. The service is shutting down on Sept. 30, according to a message posted Wednesday in the Ping section of iTunes.

This is not a huge surprise. Ping never gained much traction, and was hurt by its lack of Facebook integration from the get-go.

CEO Tim Cook hinted the end was near for Ping when he spoke at the D10 conference in June, when he said, “We tried Ping, and I think the customer voted and said ‘This isn’t something that I want to put a lot of energy into.’”

This doesn’t mean Apple has given up on social. Since the Ping disaster, Apple has heavily integrated Twitter into iOS and Mac OS X, and Facebook into iOS 6. As Cook put it at the same D conference earlier this year, “Apple doesn’t have to own a social network, but does Apple have to be social? Yes.”（source:gigaom）

Facebook stock rose 8.9% to a high of $21.16 per share today, the first day of trading after CEO Mark Zuckerberg’s first public interview since the company’s IPO. The stock rose in after-hours trading immediately following Zuckerberg’s fireside chat at TechCrunch Disrupt in San Francisco yesterday, and then jumped again when the market opened today.

He explained that Facebook acknowledged it had misjudged HTML5 and refocused on its own apps. The social network saw users’ consumption of news feed stories double following the launch of its new iOS app. That’s a simple but astounding statistic. Double the content consumed. Double the advertising opportunity.（source:techcrunch）

UPDATE: King.com has provided the following statement regarding Zacconi comments to Gamasutra:

“There is a big difference between being inspired and just making a rip-off of another game. King.com takes great pride in the originality and innovativeness of our games. All of our games are created in-house by our great developers. We recognize that the inspiration for great games can come from a lot of sources, but there is a big difference between being inspired to create something new, different and better compared to just copying what is special about a game and pretending it’s your own work. When companies blatantly copy most of the elements of one of our games to present a game with the same look and feel, they are stealing our creativity and calling it their own – that’s bad for the game world because it rewards the copyists at the expense of the creators. A creator takes the risk that a game will be a success or a flop, a copyist ripping off a great game takes none of that risk but a lot of the benefit. We want other games developers to be clear, when companies ‘cross the line’ into blatantly copying our games and their original and unique IP, we will take action.”

Everyone knows that copycatting (cloning, whatever) is nothing new to video games, but the industry-wide issue was exacerbated when social and mobile games hit their stride in recent years.

Now, CEO of Bubble Witch Saga creator King.com Riccardo Zacconi makes it known that he doesn’t have that much of a problem with fast followers on Facebook and mobile.

“I think that we’ve seen more and more copies or more and more games in the same genre, and now we’re bringing what I would call ‘color’,'” Zacconi told Gamasutra.”I think the player who likes to play one game actually likes to play other versions of a similar game. So I think from that perspective it’s a larger market, and it’s very interesting.”

Zacconi also said that “fresh ideas” and “constant innovation” are necessary in the entertainment. But, as Gamasutra points out, King.com’s recent releases on Facebook aren’t exactly new to gaming, but were new to the Facebook game fans. Based on the CEO’s comments, he seems to be well aware that games like Bubble Witch Saga (and later Zynga’s Bubble Safari) owe a great deal to the classics, such as Bust a Move by Taito. See? This whole copycatting thing goes way, way back.（source:games）

Blizzard Entertainment has reportedly been watermarking screenshots taken inside World of Warcraft with encrypted user data for years, though it never notified players that their information is shared in the images.

According to users who discovered the watermarks, each screenshot taken by players with the MMORPG client contains information that “can be easily recovered and decrypted by hackers,” including account IDs, timestamps, and the IP address of the realm.

Though the watermarks do not contain account passwords or personal information (e.g. real names), the data shared could be used to help scammers target players. Blizzard could also potentially use the information to track down unauthorized servers and people engaging in prohibited activities.

Many are criticizing the practice due to user privacy concerns and Blizzard’s decision to not explicitly inform players about the watermarks since it began embedding them some time between 2008 and 2010.

World of Warcraft’s terms of use does mention that the company may obtain identification information about users’ computers “for purposes of improving the game and/or the service, and to police and enforce” the MMORPG’s rules, but it makes no mention of the screenshot watermarks.

It’s unclear if Blizzard has employed the same watermarking practice in its other titles. Gamasutra has reached out to the company for a comment on the watermarks, but has yet to hear back as of press time.（source:gamasutra）

Electronic Art’s Bejeweled Blitz made a comeback and took the No. 1 slot on our list of fastest-growing Facebook games. It gained 300,000 daily active users and grew 4 percent in DAU.