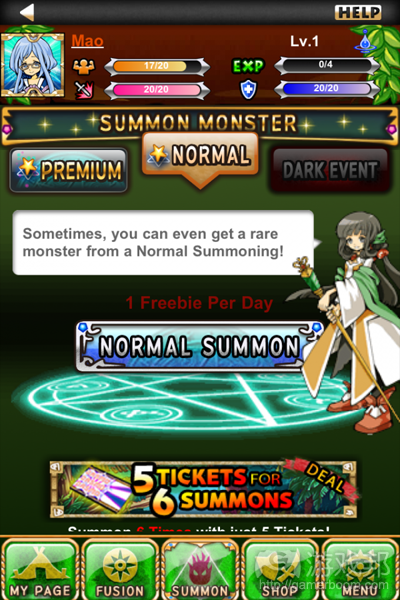 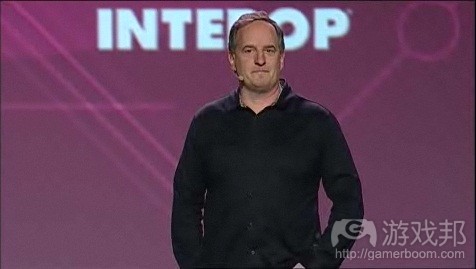 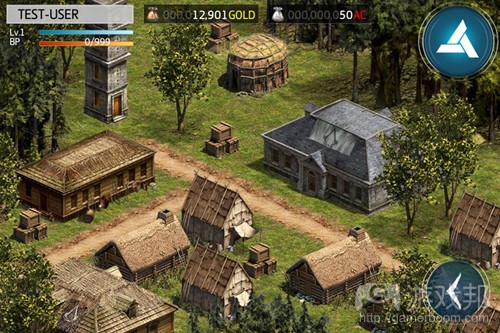 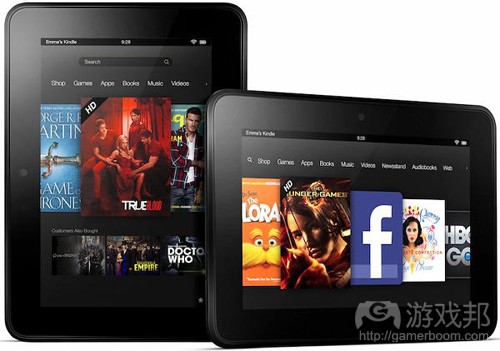 Aeria Games is one of the many free-to-play PC game companies switching to mobile.

Very different markets for sure, but the publisher is happy with the audience reaction to its debut Monster Paradise.

Taking a territory-focused approach, the German version of the monster training game hit #3 in the German App Store’s game charts.

Downloads of the free-to-play game across iOS and Android were over 150,000 with a monetisation rate of around €0.60 per daily active user. Aeria says that’s comparable to some of its PC games.

“We are extremely encouraged by Monster Paradise’s performance in Germany and plan much more activity in mobile games over the next few months,” commented Aeria Europe’s CEO Pascal Zuta.

“Aeria Europe has established itself as one of the top five players in the European F2P market over the past three years now our ambitions are to match that standing in the mobile market.”

Next up in that plan will be the release of the French version of Monster Paradise, which is likely to be followed by the global release of fantasy card-trading game Immortalis later in 2012. （source:pocketgamer）

This Zynga which has been losing senior executives with an alarming rate lost another key member recently – its CTO of infrastructure. Earlier this summer, the company lost about seven executives including Mike Verdu, Zynga’s former chief creative officer and Bill Mooney, who spearheaded the Farmville franchise.

Allan Leinwand, chief technology officer of infrastructure for San Francisco-based social games company Zynga, has left the company, according to an update on his LinkedIn profile page.

Leinwand is assuming a similar role at ServiceNow, a company that offers software to automate enterprise IT operations as a service.

Leinwand was once a venture partner at Panorama Capital and founded Vyatta, an open source networking company. He was also the CTO of Digital Island, a content delivery network and CEO of Proficient Networks. Leinwand was one of the key people behind Zynga’s shift away from Amazon’s cloud service to Zynga’s homegrown Z-cloud.

Zynga has been losing senior executives at an alarming rate. Earlier this summer, the company lost about seven executives including Mike Verdu, Zynga’s former chief creative officer and Bill Mooney, who spearheaded the Farmville franchise. Zynga went public at $10 a share and hit an all time high of $14.69 a share in March 2012, but since then has been in a swoon. At close of trading on Friday, Zynga stock stood at $2.88 a share, giving company a market capitalization of $2.19 billion.（source:gigaom）

While there are numerous benefits of working at a website like Pocket Gamer (free games, bulging paychecks, respect from our parents), there are also drawbacks – namely, the number of Apple-related rumours that we have to sift through on a daily basis.

Put simply, it’s been raining iPad mini rumours of late. Positively chucking it down. This is despite late Apple CEO Steve Jobs once famously stating that tablets that don’t boast at least a 10-inch display are a little bit rubbish (I may be paraphrasing slightly).

But, well, Tim Cook is steering the Apple ship now, and it’s entirely possible that he ‘thinks different’ about the whole 7-inch tablet market.

As we’ve just mentioned, the iPad mini rumour mill has been working overtime over the past few weeks, and, as always, some of these whisperings are more plausible than others. Industry scuttlebutt or not, these rumours are hard to keep track of.

We’re kind souls here at PG, so we’ve decided to put this little tittle-tattle round-up together for you. By the end of it, you should have a rather pretty picture of what Apple’s iPad mini might look like. If it ever even gets released, that is. Or, in fact, exists.

Remember: everything below is merely a rumour at this stage.

The most widely discussed rumour about the iPad mini is the size of its screen, which many believe will be around the 7-inch mark, similar to that of Google’s Nexus 7 and Amazon’s Kindle Fire tablets.

In fact, “engineering samples” obtained by website GottaBeMobile back in July appear to confirm that the Cupertino company’s smaller slate will pack a 7-inch display.

iMore and Bloomberg have both been passed similar information by their respective sources. The latter outlet has reported that a miniature iPad will house a screen that’s somewhere between “seven and eight inches diagonally”.

Additionally, four people “familiar” with plans for the mini tablet have told Bloomberg that AU Optronics Corp. and LG Display Co. will produce 7.85-inch displays for the slate.

If the engineering sample procured by GottaBeMobile is indeed the real deal, the iPad mini will be “considerably” thinner than Apple’s third-generation iPad. It will also sport a smaller 9-pin dock connector, as well as repositioned speakers.

We presume that’s the same 9-pin dock connector that’s rumoured to be included in the iPhone 5.

Burning your Retina. Or not

If you’re hoping Apple’s iPad mini will feature the company’s heavily promoted Retina display technology, you may be disappointed: according to most industry ‘insiders’, it won’t.

iMore (again) posits that the 7-inch iPad will simply be a scaled-down version of its bigger 9.7-inch brother, and that it will house a display that has a similar resolution to that of the iPad 2′s screen. Bloomberg doesn’t think the slate will pack a mind-bending number of pixels, either.

Apple will want to keep manufacturing costs as low as possible in order to flog the tablet to customers at an affordable price point, so a standard resolution display for the iPad mini does seem more likely.

The price is right

If Apple truly wants to compete with 7-inch tablets from Google, Amazon, and others, the Cupertino-based outfit needs to launch the so-called iPad mini with a price tag that will make it irresistible to consumers.

So far, rumours have been consistently pointing towards an RRP of $200 – $250 for Apple’s pint-sized iPad. That stacks up pretty well against the Nexus 7 – you can pick up Google’s tablet both online and in shops for around $199.

Piper Jaffray analyst Gene Munster, however, reckons that a 16GB iPad mini will set you back closer to $299. Chinese net portal NetEase also believes that the highly anticipated tablet will be priced somewhere between $250 and $299.

While there’s divided opinion among websites regarding the release date of the iPad mini, Q3 (which runs up until the end of September) 2012 is generally considered to be the period in which Apple will launch (or announce, at least) its shrunken iPad.

Some rumourmongers are speculating that the slate will be released / announced alongside the iPhone 5 at San Francisco’s Yerba Buena Center for the Arts on September 12th, which isn’t completely out of the question.

We think Apple is more likely, though, to hold a separate event for this new product announcement, which means Bloomberg’s October estimate may be more accurate.

Either way, the iPad mini is apparently coming out sometime this year, so reserve a spot on your Christmas list if you’re eager to get your mitts on one.（source:pocketgamer）

4）Ubisoft reveals all on Assassin’s Creed Utopia: a freemium city-building game for iOS and Android

Ubisoft has revealed the first details of Assassin’s Creed spin-off Utopia. It’s a freemium strategy game for iOS and Android, and it will involve battles against rival colonies and some city building.

The game kicks off in 1586, where you get to build your own colony for your New World settlers. Then, over the next 150 years, you’ll improve your village and develop the guild of assassins that keep guard over it.

That cheeky band of killers will go out and fight other clans in 3D battles. You could fight against your pals in asynchronous tussles, or you could team up with your friends to take on huge armies and epic foes.

In the battles, there’s an ‘auto’ button available for when you can’t be arsed to mess about with the combat system. It’s a cross-platform title, too, so you can beat up your Android-owning mate if you fancy.

The game will be free, but there’s no energy system or cooldown timers. Instead, you can speed up building times via real-world cash. You can also buy extra characters and items. There will be over 100 different characters in the game.

When we first heard about this GREE and Ubisoft collaboration at E3 2012, Assassin’s Creed producer Andreane Meunier told Pocket Gamer that the game’s plot won’t have any direct links to upcoming console title Assassin’s Creed III.

Utopia is currently scheduled for a late 2012 debut. Assassin’s Creed III is out on October 31st – which might give you an idea of when the mobile spin-off will come out.（source:pocketgamer）

5）GREE signs 6 game deal with Capcom – GREE has signed a deal with Capcom that will see six mobile social games released on the GREE network by the end of the year reports Dr. Serkan Toto. Three of the titles, based on Dead Rising, Resident Evil and Monster Hunter, will be available on GREE’s global platform.（source:insidemobileapps）

You’ll love many things about Amazon’s new Kindle Fire HD, but viewing ads probably isn’t one of them.

Amazon is placing an ad on the lock screen of the new tablets, which people will see whenever they wake the device from slumber or banish the home screen by clicking the power button. The ads apparently come from the “special offers” widget featured on all devices. Initially, this caused some people to criticize Amazon’s move, especially because the company didn’t give users the option to “upgrade” to an ad-free version.

However, now the company has confirmed Kindle owners will be able to opt out of the default ad settings, according to an Engadget report based on a tip from an anonymous source.

According to the source, Amazon sent the following response in response to a complaint regarding the lock screen ads:

I understand that you would like to opt out of the special offer and willing to pay extra for opting out special offer. Options for unsubscribing special offer will be announced soon.

To ensure the utmost attention, I’ve also passed your message on to the appropriate people in our company. We value customer feedback such as yours as it helps us continue to improve the service and selection we provide.”

The obvious typos in the note do cast doubt on the idea that this is a new company policy: If the note did come indeed from Amazon, it doesn’t appear to be a prepared response but an improvised note from a customer rep.

We’re reaching out to Amazon for confirmation and more details and will update the post with any new information.

Update 9/7/2012 (1:35 p.m. PT): Amazon is apparently not willing to let people opt out of lock screen advertisements on the new line of Kindle Fire devices, reports Cnet. This contradicts information from the Amazon support contact’s response (above), which states that owners would have a way to banish the ads if they didn’t want them.

In the case of the Ad-supported Kindle readers, owners could pay to remove the ads when they redeemed a special offer. Presumably this fee would cover the lost revenue Amazon was bringing in for the advertising. However, this option won’t be available to new Kindle HD owners ( 7-inch, 8.9-inch, and 4G LTE versions).（source:venturebeat）