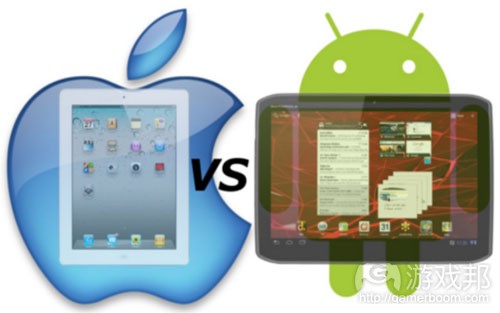 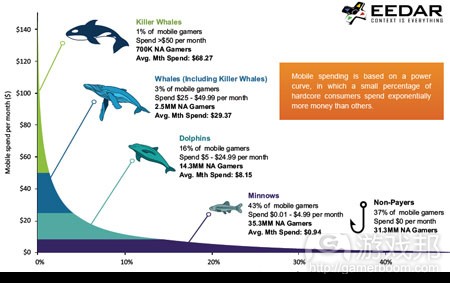 A survey of 17,000 smartphone users shows that Android users are catching up with iPhone users when it comes to buying apps.

In 2011 Apple was streets ahead with with 39 per cent of iPhone users having more than 20 paid apps, and only three per cent having none.

On the other hand, Android users were more likely to have no paid apps at all (12 per cent) than they were to have more than 20 (ten per cent).

In 2012 those numbers have changed significantly.

There are a few possibilities as to why Android users are downloading more premium apps.

The first is that as app developers become more proficient and aware of what does and doesn’t work on handsets, the quality of apps is improving. Combine this with the increasing ease of mobile purchasing, and for the average consumer, paying for an app offers value and convenience.

The most likely reason, however, is the pursuit of an easy life. By heading for paid apps, it’s far easier to cut through the shit that clogs up the Android store. With fewer restrictions on the Google Play Store there are a plethora of free apps that don’t do what they are supposed to. Once you’ve downloaded five free apps and uninstalled them all, you’re far more likely to bite the bullet and spend a dollar on something that does the job first time.（source:mobile-ent）

And they expect it to sport NFC, 4G, and an improved battery.

Apple released a mysterious alert this week to say ‘It’s almost here’, which hints the iPhone 5 will arrive on September 12th, a date that’s been the industry prediction for some time.

YouGov has found that 18 per cent of Brits know Apple is about to launch a product, which demonstrates the power of Chinese Whispers and rumour.

Meanwhile, 21 per cent would consider buying an iPhone 5, which spikes to 67 per cent of iPhone owners who say they expect to purchase one in the future.

37 per cent of non-iPhone owners suspect it will have longer battery life and 4G support, while a further 67 per cent of iPhone users agree better battery is on the way.

Additionally, 34 per cent of the device owners reckon NFC and mobile payments will be included, 44 per cent expect Siri to speak English and not American, and 63 per cent expect the 3.5-inch screen to get a size upgrade.（source:mobile-ent）

At a Motorola press event on Tuesday, Google’s ex-CEO and current chairman, Eric Schmidt offered up a key data point when talking about Android device activiations. Schmidt said nearly 1.3 million Android devices were activated daily, and of those, 70,000 were tablets. ZDNet’s Ed Burnette used that information in conjunction with Apple’s reported iPad sales and found that Android slate sales are approaching 40 percent of Apple’s iPad sales.

Here’s the reasoning. We know that Android tablet activations only include devices that use Google accounts for the device and apps. That rules out tablets such as the Kindle Fire and Nook Tablet, both of which forgo the use of Google apps. So the 70,000 per day are tablets that are purely based on Google’s platform. Burnette notes that Apple sold 17 million iPads in its most recent fiscal quarter, which works out to 188,888 iPads sold each day, on average. Divide that figure into the 70,000 Android tablet sales number and you get 37.2 percent.

That’s a big jump from 14 months ago when I last tried to extrapolate Android tablet sales. Back then, I figured that of the cumulative 133 million Android devices activated at the time, only 1.2 million of those were tablets. And in the quarter ending in June 2011, Apple sold 9.25 million iPads. Obviously, over 9 million iPads sold in a three month period easily trumped 1.2 million Android tablets sold all time. Based on the math, though, the gap is surely closing.

There are two main reasons for Android tablets starting to catch up. First is the state of Android’s tablet software. In February 2011, Android 3.0 was the tablet platform and it was clearly rushed and incomplete. That changed with Android 4.0 and more recently 4.1; both offer a much better tablet experience.

Is Apple’s iPad still the top dog when it comes to tablets? Absolutely, and I see no evidence to suggest otherwise. But the theme of “there is no tablet market, there is only an iPad market” is starting to look outdated based on the data we see today.（source:gigaom）

Earlier this week, Double Fine released its free to play superhero management game Middle Manager of Justice, the first real mobile title to come from the San Francisco-based studio. Fans swarmed over the game when it launched Tuesday night, but there’s just one problem: The game wasn’t supposed to debut for another several weeks.

Double Fine has since pulled the game from the iOS App Store, but not before plenty of fans got their hands on an unfinished, and unfortunately buggy version of the game. We recently spoke to the game’s project lead, Kee Chi, who told us exactly what happened, and how Double Fine turned its unfortunate blunder into a helpful production resource.

As the lead developer on Double Fine’s first mobile game (excluding the Psychonauts companion app), Chi suspected he’d run into some hiccups when working on a new platform, and he said the game accidentally found its way into the wild because he wasn’t aware of the idiosyncrasies that come with submitting an app to the iOS marketplace.

“Yeah, it was totally my fault,” he said. “With the way you submit things on the App Store, you have to specify what the release date is, and a while back we had set the date to September, but at the time we didn’t know if that would be final or not.

“Once we submitted the game, we realized we had a lot of things we still needed to tweak and fix, but at the same time, we didn’t want to remove it from the [submission] process in case Apple catches other things we need to take care of, and we didn’t want to do a double submission.”

Unfortunately, Chi and his team didn’t realize their “tentative” September launch date was still very much in effect.

“So I was on the train heading to work this week, and I get a call from our tech director saying, ‘Hey, um, so it looks the game is live in every territory.’ And I just went, ‘What!?’”

Looking back on it, Chi laughs, but for a time he was worried about how this early launch could affect his game’s reputation.

“It wasn’t what I wanted the world to see quite yet,” he said. “At Double Fine, we pride ourselves on putting a solid product out there, so having something out there that was buggy and not quite ready yet was really frustrating.”

With an unfinished version of the game already in players’ hands, Double Fine couldn’t fix the issue, but instead chose to make the most of its inconvenience. Shortly after unpublishing the game, Chi and other Double Fine staff reached out to players on a number of different message boards, telling them that if they had downloaded the game, they were encouraged to become impromptu playtesters and help Double Fine work out the kinks before Middle Manager’s official release.

“I guess it kind of just turned into a beta test,” Chi said. “I mean, if people find bugs that we haven’t found internally, I’d love to know about them so I can fix them,” Chi said.

“If anything, I welcome these suggestions from people, because we’re still learning and we plan to work on this well after it goes live to make the game deeper, and luckily this means we’ll get an early start on that process,” he said.

Reflecting on the mix-up, Chi’s certain Double Fine will stay clear of this issue in the future, but his experience serves as an important lesson for anyone working on a new, perhaps unfamiliar platform: Mistakes will happen; the real trick is learning how to adapt to them.

The final version of Middle Manger of Justice will find its way to the iTunes App Store in the coming weeks.（source:gamasutra）

Games research specialist EEDAR has claimed mobile’s most lucrative and loyal consumer – the ‘whale’ – has been superseded.

Detailed in the body’s latest extensive report on mobile and tablet gaming, EEDAR states whales – capable of spending up to $50 a month each in play – now play second fiddle to a brand of mobile gamer even more willing to part with cash in play.

The so-called ‘killer whale’, claims EEDAR, represents a relatively small group of consumers – around 1 percent of mobile gaming’s total userbase – but each one on average spends almost $70 a month on games, making the group a prime target for many mobile outfits.

“After surveying mobile and tablet gamers, we found there exists a small, but very critical, subset of gamers whose engagement and purchasing habits significantly outperform that of what we would consider an average whale,” detailed VP of analysis Jesse Divnich via email.

“We have dubbed them killer whales.

“Compared to whales, killer whales spend nearly three times as much, engagement more than twice as often, and are found to be a central hub for mobile and tablet gaming news or reviews among their social group.”

According to Divnich, the small size of said group doesn’t detract from its overall influence on mobile studios.

Indeed, EEDAR’s research suggests killer whales are already “one of the most thought after markets for developers to target.”

“Despite these killer whales being the most ‘hardcore’ of the consumer segments, they spread their wealth pretty evenly between genres,” added Divnich.

“From RPG’s to word puzzles, killer whales are a large contributor to the mobile ecosystem and understanding their behaviours is a key critical component to market success for publishers and developers.”