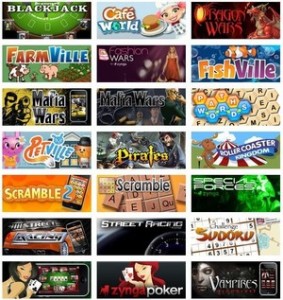 Facebook and social game companies were once close companions out of mutual interests, but the relationship has lately begun to show signs of strains, and even cracking. The latest example: Zynga on Thursday threatened to leave Facebook and start its own social game network Zynga Live, according to Techcrunch, over a breakdown in negotiations between the two on Facebook Credits, the social network’s virtual currency system that would require game developers to pay a 30% cut of revenues.

On a few different panels at the Social Gaming Summit in San Francisco on Friday, a number of social game companies addressed the “it’s complicated”-style relationship they are increasingly finding themselves in with Facebook.

“It reminds me of my second girlfriend,” said Arthur Chow, chief operating officer of social game developer 6waves. “It’s always a love-hate relationship, but the ‘love’ part is still dominating.”

Facebook Credits has faced some unpopularity among game developers, who are used to managing their own in-game virtual currencies and taking a larger cut of the revenues. In addition, one panel at the summit addressed the increasingly restrictive policies on Facebook’s “viral” channels for acquiring users, like using Facebook feeds and messaging. Though companies still largely acknowledge a dependence on the social network for acquiring users, at least in the U.S., a number are starting to consider other options, such as off-Facebook dedicated game portals like FarmVille.com.

“Anytime you build on someone else’s platform, there are extra sleepless nights that occur,” said Keith Rabois, a vice president at social gaming company Slide. “You’ll see more and more people having ‘mixed metaphor games’ where there’s some user acquisition on Facebook, but they are also trying to control more of the user experience on an [off Facebook] site they can control.”

Others at the summit saw Facebook’s policies and credit system as just part of the cost and risk of doing business with the social network. They expressed a willingness to stick with the site as long as it continued to grow and provide opportunities for other game companies to grow.

“There’s no free lunch,” said Andy Tian, president of game company XPD Media, defending Facebook Credits. “Facebook charging some sort of tax for use of their users is only fair.”

As well, there’s the issue that in the U.S., there are no better alternative social networks for game companies to approach. And Facebook easily has the largest network with over 400 million users.

“Who wants to be on the Zynga network? That’s also the question,” said Kai Bolik, chief executive of social gaming company GameDuell.

It’s clear that there is growing unrest among game companies like Zynga on Facebook. Still, while the relationship is becoming strained, many companies haven’t yet reached the breaking point in their relationship with Mark Zuckerberg’s empire, still seeing the profitability to be had there.