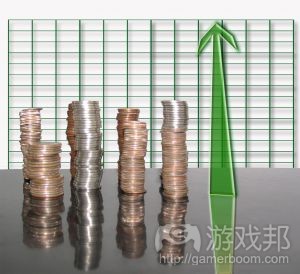 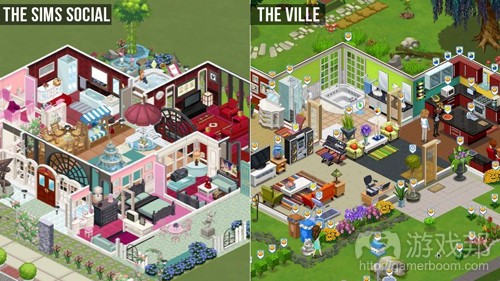 the sims social vs the ville(from kotaku.com) 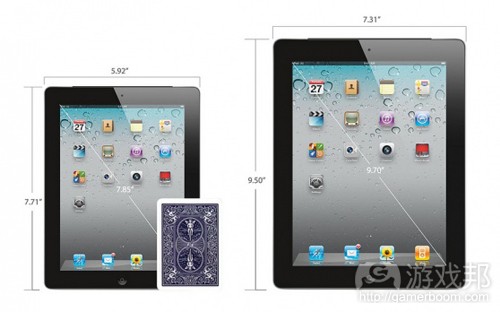 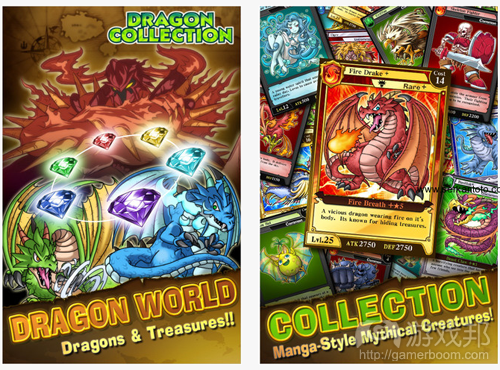 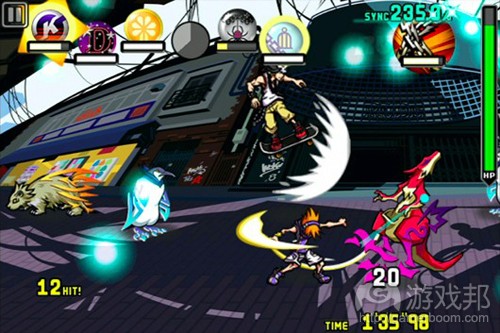 1）Are Facebook’s costs driving away developers?

“Companies with aspirations to be larger publishers — Kabam, Kixeye, even Zynga — are moving aggressively off the Facebook platform to mobile and the open Web. Publishers aren’t convinced that the costs of being on Facebook are worth it.”

- Former EA Mobile head and venture investor Mitch Lasky argues that the high costs of player acquisition on Facebook are driving away some of the biggest publishers and developers from the platform.

Lasky believes Facebook is still a viable platform for independent studios, but he told the Los Angeles Times that major companies like Crowdstar dislike spending so much money on ads to acquire players for their free-to-play titles.

Add those marketing expenses to the 30 percent toll Facebook takes from all in-game sales generated through its platform, and developers can potentially lose half of their revenues to these costs.

Over the last year, many major Facebook developers have sought to diversify their offerings by launching their own platforms separate from the site, or focusing more on bringing their games to mobile devices.

Are these costs really to blame for developers placing more emphasis on non-Facebook platforms? And have Facebook’s recent efforts to drive game discovery had any affect on alleviating those player acquisition costs? （source:gamasutra）

2）No, EA, you are not “standing up for the industry” by suing Zynga

Earlier this week Electronic Arts COO Peter Moore talked to Eurogamer about his company’s lawsuit against Zynga over The Ville. One of Moore’s biggest points — which has made a lot of headlines since — is that EA is “standing up for the industry” by taking Zynga to court.

Moore’s statement mirrors an earlier claim by GM of EA’s Maxis Label Lucy Bradshaw, when she said, “By calling Zynga out on this illegal practice, we hope to have a secondary effect of protecting the rights of other creative studios who don’t have the resources to protect themselves.”

What Moore (and the rest of EA) isn’t willing to address is just how potentially damaging this lawsuit could be to video game industry at large if it actually sees the inside of a courtroom. While EA claims Zynga copied exclusive elements from The Sims Social when it created The Ville, the complaint also alleges Zynga copied things like the game’s customizable skin tones and isometric camera perspective. Mechanics like these are present in more games than can be counted, so what happens if they’re considered evidence in this suit?

In a worst case scenario, this could open a legal Pandora’s Box. If legal precedent is established that lets companies claim ownership of mechanics, it could very easily lead to developers taking each other to court in order to engage in patent trolling. Maybe the next step would be EA going after developers who’ve created city-builders, since SimCity pretty much created the game type. Or perhaps Taito will start filing lawsuits against groups like King.com and Peak Games over their success with bubble shooter games after Puzzle Bobble popularized the genre.

Based on this train of logic, Atari could probably be able to take everybody to the wall. It also bears noting that EA is already on the receiving end of similar legal trouble as one of the named defendants in Gametek’s recently-filed patent lawsuit over virtual currency and goods.

It’s no surprise EA was unhappy when The Ville launched, as the similarities between it and The Sims Social were immediately obvious. Of course, this isn’t the first time Zynga has been accused of cloning (or “fast-following”) a successful social title, and even when the company’s been publicly called out for the behavior in the past it’s showed no remorse. However, this is the first time that Zynga poked a proverbial bear as large as Electronic Arts, which has to prove to both the public and its shareholders that it will fight to protect its intellectual property.

Based on public reaction, one would think that EA taking Zynga to task for its shenanigans was so delicious that it just had to be fattening. EA’s been continuing to win the general public over by making the company seem like the kid on the playground who finally stands up to the bully stealing everyone’s lunch money. It’s certainly a smart tactic: Lots of mainstream gamers and developers we’ve talked to are rooting for someone to take Zynga to the cleaners and make it much more difficult for them to continue their fast-follow practices in the future.

It’s a brilliant piece of spin, but let’s address the gorilla in the room. EA isn’t standing up for the little guy. EA is standing up for EA, and EA’s interests just happen to run parallel to those other companies who feel they’ve been wronged by Zynga in the past. We know it, and EA knows we know it.

The problem is that EA doesn’t seem to realize — or perhaps care about — is how it’s making game developers much more tempting targets for patent warfare. If that happens, we all lose.（source:insidesocialgames）

Just yesterday we reported on a compelling argument for why Apple would separate its iPhone 5 and iPad Mini events, and now it looks like Apple will indeed debut its long-rumored smaller iPad in October, sources tell AllThingsD.

If true, the report means that the iPad Mini will likely debut alongside new iPod models. It would also give Apple a month to devote to hype for the iPhone 5, which is expected to be announced at a September 12 event.

While we’ve been using iPad Mini name as a placeholder for the new smaller tablet, Japanese blog Macotakara claims that will indeed be the name. That wouldn’t be too surprising, since it would harken back to Apple’s popular iPod Mini line.

Moving the iPad Mini event to Apple’s typical media event is somewhat telling — after all, when was the last you were truly excited by a new iPod? Apple could end up pitching the new iPad as more of a portable media device than the 10-inch iPad. We’ve heard that the smaller iPad could look a lot like a bigger iPod Touch as well (which is particularly funny, since that was a common criticism of the first iPad).

Macotakara also reports that the revamped iPod Nano could get Wi-Fi, which would make it ready for a future cloud-based iTunes service. At this point, I wouldn’t be too surprised if that prediction came true. The iPod Nano is still a strong seller, and Apple would want to keep it compatible with its new services.（source:venturebeat）