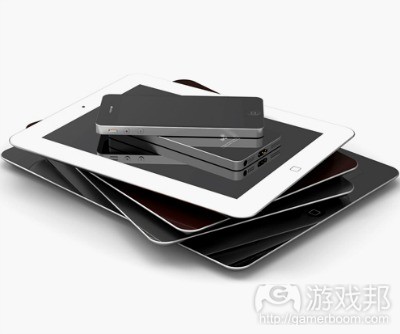 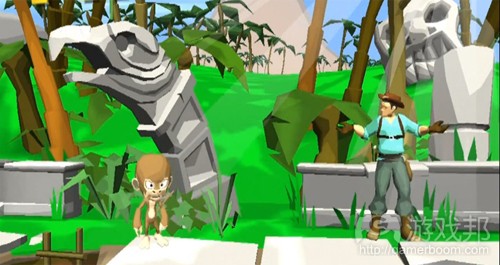 1）Does anyone really want the iPad Mini?

US survey suggests that even Apple fans think the idea is “pointless”.

The one thing that has been missing in all the speculation about the seven inch iPad mini is this important question: does anyone actually want it?

With the success of the Kindle Fire and Nexus 7 it would seem to make sense, but a new study has found that a large number of people really aren’t that bothered about the iPad’s little brother.

According to a survey of 1,873 Americans conducted by CouponCodes4u (76 per cent of which already owned an Apple product of some type), 78 per cent said they would skip purchasing an iPad Mini in order to purchase a new iPhone, despite 77 per cent of those indicating that they already owned an iPhone.

Furthermore, nearly half of respondents who said they would skip the iPad mini said they didn’t think very highly of the idea, with 46 per cent saying the device was “pointless”.

The timing simply may not be right for a seven inch iPad, not if it’s coming at the same time as the new iPhone. Given the rabid nature of Apple fans, and the not insignificant outlay involved in obtaining one of the company’s new toys, consumers are going to have to choose between the baby pad and the new smartphone. Is it any wonder that the phone wins?（source:mobile-ent）

Dark Summoner, a mobile social card battle game made by Nagoya-based Ateam, continues to do well.

The title was released worldwide on iOS on February 23 this year, on Android on July 18, and hit 1 million downloads on July 27 – after around 170 days.

And today Ateam announced that Dark Summoner hit 2 million downloads, meaning a second million users joined the game in just 2 weeks. The title is not using the Mobage or GREE networks by the way.

To celebrate the milestone, the company has set up an in-game campaign that allows users to lay their hands on these special cards:

Ateam also says that Dark Summoner’s first promo video on YouTube racked up 600,000 views in about 2 weeks. The company updated the video with a new version, which I embedded below.

3）What do consumers look for in a phone OS?

Opinions say iOS is easy to use, Android offers flexibility, BlackBerry is secure, but WinPho is unknown.

Android and iOS continue to power the best-selling phones on the market, but Strategy Analytics has looked at what consumers actually think of the OSs on the market.

iOS users choose the platform based on the user-friendly and intuitive experience on offer, with little need to customise their device.

In contrast, Android is regarded as more complex which is a caveat of being an open operating system, giving users more wriggle room to personalise their device.

BlackBerry is considered a secure and reliable choice for businesses, but consumers reckon the tech is outdated and unfriendly, while they’re unsure of what to make of the Windows Phone OS.

Taryn Tulay, report author, Strategy Analytics, said: “The size of the associated content and app ecosystem, and the perceived quality of the content within it are key factors in determining how consumers perceive different mobile operating systems and how strongly attached they are to their OS of choice.

“Consumers find value in features and applications that are convenient, useful and used on a daily basis.”

Paul Brown, a director in Strategy Analytics’ user experience practice, said: “Most consumers are hesitant to switch operating systems with the fear of having to learn a new, unfamiliar operating system as well as the potential for loss of any data or content currently saved or downloaded to their device.

“It is imperative for operating systems to offer an easy transition from one to another to obtain new users.”（source:mobile-ent）

4）[Launch] Activision launches new Pitfall game from The Blast Furnace — Activision’s has released an all new version of its classic computer game Pitfall on iOS. The game was developed by the company’s new U.K. studio, The Blast Furnace. Based in Leeds, The Blast Furnace is lead by long-time console industry veterans Mark Washbrook and Gordan Hall, both formerly from Rockstar U.K.（source:insidemobileapps）

Google may be taking the ill-conceived Nexus Q back to the drawing board, but the Nexus 7 tablet has been quite a hit since it went on sale a few weeks ago. Since then, though, Google has faced a number of supply issues and the company even suspended sales of the 16GB for a few days to catch up with demand. The latest data from ad network Chitika shows how those supply issues have stalled the growth of Google’s first tablet – at least when measured by web traffic from Nexus 7 owners.

Just a few weeks ago, Chitika reported that the Nexus tablet was on its way to surpass the Kindle Fire in its traffic rankings. By now, the company predicted, the Google tablet was supposed to be ahead of the Fire. Instead, its latest data shows that it’s still trailing Amazon’s tablet by quite a bit. While traffic from the Nexus 7 to Chitika’s network of member sites grew rapidly during the first few weeks after it went on sale, growth stalled over the last three weeks. Chitika reports its tablet data relative to the iPad and the Nexus 7 currently accounts for 0.35 impressions per 100 iPad impressions. That’s virtually unchanged from the 0.3 impressions it reported three weeks ago.

With only a few new Nexus 7 owners surfing the web due to Google’s supply issues, the company’s numbers probably reflect the usage of existing users. ”While the Nexus 7 experienced a huge initial surge in both sales and Web traffic, users don’t seem to be surfing as much as one might expect them to.” As the novelty of the device wears off and as the honeymoon phase comes to an end, people simply don’t use it as much as they used to. Now that the Nexus 7 is back on sale, it will be interesting to see if the growth rate picks up again.（source:techcrunch）