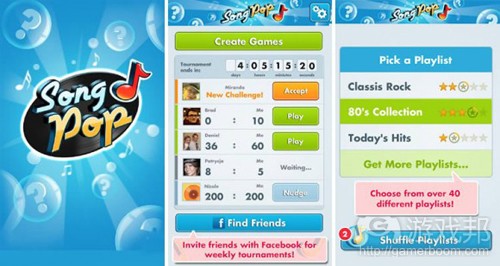 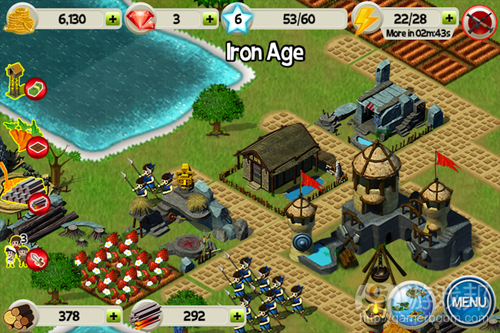 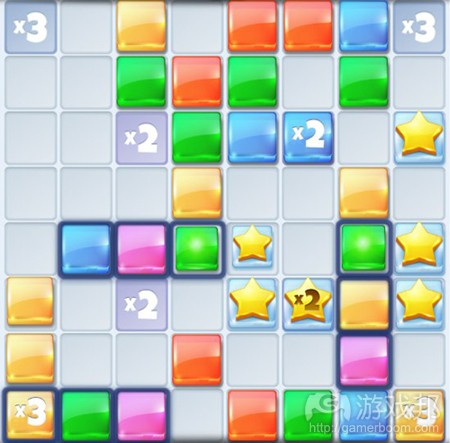 2）SongPop gets premium mobile treatment — FreshPlanet’s hit game SongPop is getting a new premium mobile version. Although SongPop’s already available on iOS, the premium version is ad-free, comes with the ability to “play with twice as many friends at once” and contains extended music clips.（source:insidesocialgames）

Midverse Studios, which describes itself as a “next generation mobile gaming” outfit, has launched its first game on iOS, with Virk and Liu opting to take the free-to-play route with strategy combat release Mini Empires.

“We’re really proud to launch this as the first game for our new studio,” explained co-founder and CEO Virk.

“It’s an extremely social game incorporating several features that are very unique to the genre.

“The gameplay is easy to learn yet difficult to master, and it provides players at all levels with engaging and addictive challenges.”

Midverse claims Mini Empires has already been featured by Apple in ten countries, with co-founder Liu claiming Midverse was keen not to simply ape other outfits on the App Store.

“We’ve incorporated gameplay elements inspired by classic games like Civilization and Age of Empires and combined them with popular features from today’s best social/mobile games to create a new kind of mobile social strategy game,” he added.

Midverse has set up base in Mountain View, California, with more information available on the studio’s website.（source:pocketgamer）

Gameplay sees you challenging a friend or stranger to an 11-round match where the name of the game is earning as many points as possible by making matches of three or more like-colored squares on the board. You’ll be given three sets of three colored squares on each turn, and can place them either horizontally or vertically on the board depending on the board’s free spaces. There are very few bonus squares on the board (these areas unfortunately become cluttered far too quickly), but when using them, you can see your score reach into the hundreds or even thousands of points on a single turn.

At the end of each turn, any group of three or more matching squares will vanish and you’ll be rewarded points accordingly, while any non-matching squares remain on the board. That being the case, you’ll quickly find the board filling with unused pieces, limiting the locations for placing any future trios on the board. Fortunately, a system of power-ups or bombs can be used to clear out large areas or even whole rows or columns of squares on the board, but these usually cost coins to purchase. Coins are earned by successfully finishing games, but even then, each player can only use these power-ups twice per game. If you and your opponent use these power-ups too quickly, the last few rounds of a game can be incredibly frustrating, slow-moving or even boring as you struggle to find any free space for pieces while also trying to earn even a few points in the process.

Adding complexity to the experience are permanent “wild” squares that can serve as any color, and the ability to score double the points for all matches made with a single color throughout a single game. This color is randomly assigned to each player at the beginning of the game, and can sometimes prove to be the difference between victory and defeat in close matches.

While Matching with Friends retains the intuitive menu system of past games, allowing you to start a match against Facebook friends, random opponents or even invite your Twitter friends to play, there’s just something lacking in the entire experience. If we had to put a point on it, the overly easy ability to block off squares from ever seeing further play kills the mood, as satisfaction comes when you score 300 or 400 points per turn, not when you’re forced to take time to find even three places where your pieces would fit, let alone actually earn you points.

If there were simply an option to play a game with fewer rounds, the board wouldn’t become as cluttered and the experience wouldn’t become so trying. As it stands though, this is one …with Friends game that simply isn’t as fun as the others.（source:games）

5）If you use a smartphone, you’re a bigger jerk than you think

Not to get all Emily Post on y’all, but have you ever considered how many times a day you’re inadvertently rude because of the ways and moments in which you use your smartphone?

From texting while driving to Words With Friends at dinner, smartphone rudeness is ubiquitous these days, mostly because we don’t recognize that our behavior is inconsiderate to others.

We accidentally talk a bit too loud in cell phone calls, not noticing that others around us are forced to overhear the whole conversation. Or we blithely text away during a movie, our bright little screens distracting eyeballs in an otherwise darkened room. And don’t even get me started on people who tweet from the loo; think about that the next time you’re scrolling through your friends’ updates.

Here’s a lovely little infographic we stumbled on that shows some of the hard numbers behind our total lack of cell phone etiquette. (Personally, I can’t believe the stat about texting while making whoopee, as a ’70s game show host might put it.)

So stop shouting, stop tapping, stop tweeting, and give yourself a few moments of well-deserved technological freedom — and give those around you a well-deserved break from our communal and constant smartphone tactlessness.（source:venturebeat）