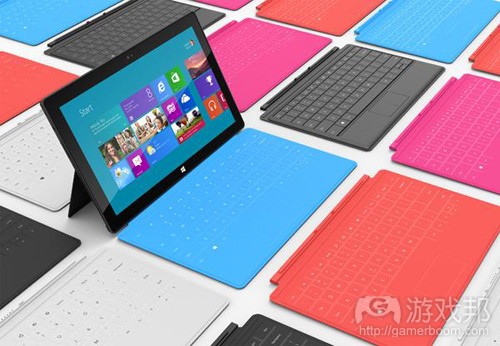 Chinese OEMs ZTE, Huawei and Lenovo entered the smartphone market with low-end devices, but have since announced plans to tackle the high-end market.

However, analyst Canalys reckons China’s smartphone shipments will be increasingly driven by sub-$200 models, rising from 25 per cent this year, to account for 40 per cent of the market within the next three years.

Meanwhile, the local OEMs are expected to face increasing pressure from the likes of Alibaba and Baidu, both of which started out as online search engines before breaking into the phone space – similar to Google.

Nicole Peng, Canalys research director for China, said: “Price erosion is accelerating. New low-cost models, such as the Lenovo A65, have come to market at around RMB700 (US$110). In Q4 last year, devices with a similar specification were priced around RMB1,000 (US$158).

“Established mobile phone makers, such as Yulong, Gionee and K-Touch, have the advantages of strong operator relationships and channels. In addition, emerging vendors, like Xiaomi and Green Orange, are building a reputation quickly in the youth market.”（source:mobile-ent）

During a secretive and much-anticipated press event on Monday, Microsoft introduced the Surface, a brand new high-end tablet line that looks to bridge traditional PC computing with the popular mobile market.

Microsoft will offer two distinct versions of the game-enabled Surface hardware: A premium model running on Windows 8 Pro and another model running on the tablet-focused Windows RT. Both devices include a 10.6 inch display, making them just slightly larger than Apple’s iPad.

This new line of devices is particularly noteworthy for Microsoft, as the company very rarely produces its own consumer facing hardware. Outside of the Surface, the company’s other hardware offerings have included only the Xbox, the Kinect, the Zune, the ill-fated Kin, and a few other assorted computer peripherals.

During its presentation, Microsoft confirmed that the Surface would in in fact support games and tie in with its existing Xbox brand. Exact details on the device’s game-focused features, however, remained scarce for now.

In terms of the device’s physical features, the Windows RT Surface will include an Nvidia ARM processor, while the more robust Windows 8 version will include an Intel i5 CPU. The devices will also include ports for USB, SD cards, and Micro HD Video.

Microsoft also hopes to make the device function a bit more like a laptop with a built-in stand and a Touch Cover that includes an accelerometer, and folds out into a touch-based pressure sensitive keyboard.

The company chose to stay quiet on pricing, but Microsoft said that Surface for Windows RT will come in 32GB and 64GB models, and will be priced on par with “comparable tablets based on ARM.” The Pro version, meanwhile, will offer 64GB and 128GB models, and will allegedly be priced much like Ultrabook-class PCs.

As for the Surface’s launch date, Microsoft said the Windows RT version’s debut will coincide with the release of Windows 8, while the Pro version will launch three months later. （source:gamasutra）

Average owner will spend around $56.18 per device.

New data from researcher ABI says smartphones will account for $20 billion in accessory revenues in 2012, more than half of the $36 billion generated across all mobile handsets.

And the smartphone market is only expected to continue growing too, with accessory revs reaching $38 billion within the next five years.

Meanwhile, feature phone accessory revs are set to fall to $12 billion, a market which was once captained by Nokia third-parties several years ago, powered by psychedelic removable fascias.

The average smartphone owner will shell out around $56.18 per device on extras, with feature phone users spending half that at around $28.17 per device.

“For new market entrants, developing brand recognition is paramount in capturing market share from the incumbents. This is best accomplished by the development of engaging, innovative accessories that extend the value proposition of today’s mass market accessories.”（source:mobile-ent）

And 70 per cent believe there’s an opportunity to sell on their own components.

Chupamobile, which offers a market for app tools, surveyed a mix of indie developers and those working for big organisations, and found an increasingly practical approach to using third party middleware.

It concluded the days of developing an app from scratch are over and developers want to re-use and buy already made components.

Almost 50 per cent of the respondents have already used third party components, while another 30 per cent plan to use them for their next project.

The study also found 45 per cent of developers using external tools use between one and three components per app. 20 per cent of themes more than three.

Interestingly, for all the willingness to license middleware, most developers don’t share their own tech.

Over 80 per cent have not made available to others any of their own components yet, although over 70 per cent believe there is an opportunity to do so.

Paolo De Santis, VP of operations and business development at Chupamobile, said: “Developers have a very positive attitude toward the new model of building apps integrating external components instead of re-inventing the wheel.

“(The study) also shows that there is a clear issue with trust and quality, which we are addressing and focusing on.

“Chupamobile’s platform has been expressly built to tackle those developers issues: it makes it fast and easy to control the quality of each component submitted before this being published”.（source:mobile-ent）