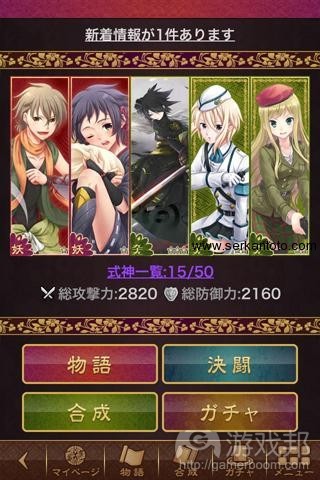 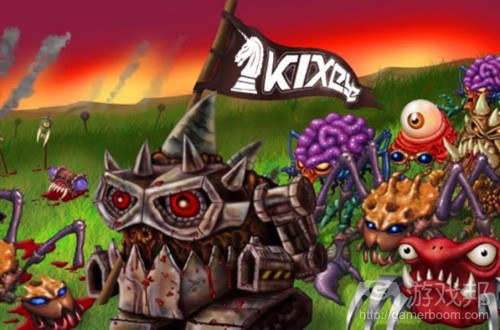 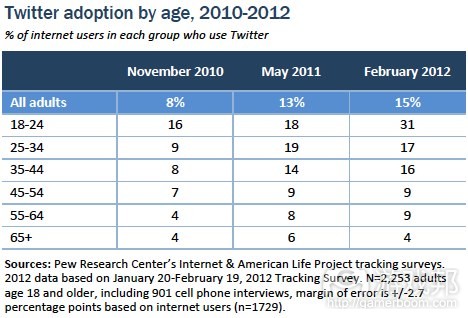 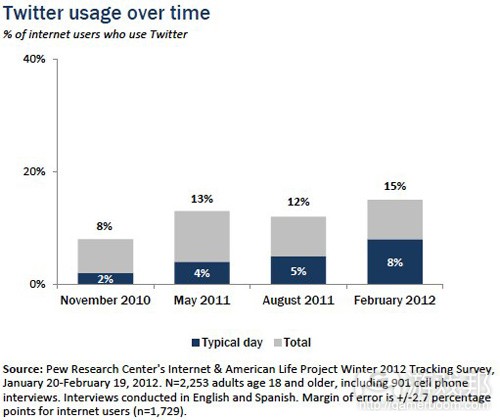 Given its share price (NASDAQ:ZNGA) continues on the way down, commentators are keenly anticipating the next games from Zynga.

And according to multiple sources, it seems the company is refocusing for its future slate.

Although it won’t be announcing them at E3 – the company is working on building up its publishing business at the show – it’s expected that at least two new games will be announced later in the summer.

According to Colin Sebastian of private equity group Baird Equity (quoted by Gamasutra), these will include ‘mid-core’ titles that will appeal to a broader audience of gamers – notably a younger and more male audience.

Zynga is also expected to announce sequels to existing franchises, such as FarmVille.

However, an even more intriguing rumour has been making the rounds. It seems Zynga has licensed the Unreal Engine, suggesting these games will be a significant step up in graphical quality compared to its typically isometric sprite-based titles. （source:pocketgamer）

Zynga Japan released their second game with original IP yesterday: just like role-playing game Montopia (released in February on iOS and in March on Android), the title is:

•mobile-only and free to play

•offered exclusively on smartphones (Android first this time, an iOS version might be launched later)

•available in Japanese only

•and “social gaming platform-free” (as in not using the Mobage or GREE networks).

Dubbed Ayakashi – Onmyouroku (roughly: Ayakashi – The Yin-Yang Chronicles), Zynga Japan decided to go with a social card battle game this time (explanation and popularity of this genre in Japan)

The title hit Google Play (together with a full English-language description of the story) yesterday.

In the game, players take on the role of an exorcist who is summoned whenever Ayakashi appear, Japanese sea ghosts that come forth during a shipwreck. Players use different cards to battle it out with other exorcists or to complete quests to get the Ayakashi under their control.

It’s possible to form teams, fuse cards (to get new ones or make existing ones stronger), play gacha, etc. – the usual ingredients of a Japanese social card game.

As Ayakashi is platform-free (again, it’s not using Mobage or GREE), Zynga Japan made it possible for users to log in with their Facebook accounts.

Just like in the case of Montopia, Zynga Japan has taken their time to release a mobile social game that looks quite nice from a technical point of view. The game’s design is significantly more “Japanese”/manga-esque this time, and it’s actually getting pretty positive early reviews, ie from Gamespot Japan.（source:serkantoto）

GREE has announced mega-hit Japanese card battle game Driland is coming to North America this summer. The game makes its debut at E3 next week.

Like many of the most popular and profitable mobile social games in Japan, Driland is a free-to-play role playing title that challenges players to battle monsters with a collection of virtual cards. Players can also trade cards and pit their collections against one another in battle to win rewards and prizes. Although card battle games are generally popular in Japan, Driland can only be described as phenomenally popular. In December, GREE revealed the game was earning more than 2 billion yen per month ($26 million) in revenue from in-app purchases.

While that figure was likely increased by the now-banned kompu gacha sales tactic (which greatly incentivized users to purchase randomized packs of additional cards), the app is still the No. 3 top grossing iPhone app in Japan today. The game is also being adapted into an animated TV series by Toei Animation and a serialized comic in Shueisha’s Jump Square magazine.

Driland has also been popular enough in Japan to generate piracy problems. In April, GREE had to suspend the in-game card trading system in the game to prevent players from illegally copying rare cards and reselling them for significant sums of real money. While it may seem minor, the problem was significant enough for GREE to detail the steps it was taking to address the problem during its third quarter earnings report.

Kixeye has been one of a handful of large game developers that has been so successful on Facebook that it has never expanded beyond the social network. But the San Francisco company announced today that it will partner with Ngmoco to publish Backyard Monsters on mobile devices. The company is also expanding its game development to a new studio in Australia.

The moves show that Kixeye is becoming big enough to consider ways to expand to new markets without losing focus on what it does best: making hardcore games for Facebook fans. Brandon Barber, senior vice president of marketing at Kixeye, said in an interview with GamesBeat that partnership with Ngmoco is an experiment in moving to mobile.

“It is not like a major diversification because we are 99 percent focused on Facebook,” Barber said.”Mobile is not a core focus for us. But in conversations with Ngmoco, we found they had ideas on how to make Backyard Monsters fun on mobile while remaining true to the Facebook version.” He added, “We think our games can monetize anywhere.”

Kixeye’s chief executive, Will Harbin, has also said that the company’s priority is to focus on making high-end, high-quality games on the social network. He thinks other companies are fleeing to new platforms because they have failed on Facebook.

But Kixeye, which focuses on online combat strategy games, is growing big enough to cover its bets. Soon it will launch Kixeye.com to reach users who don’t want to play on Facebook. The company has nearly 200 employees in San Francisco and will add 10 more at its studio in Brisbane, Australia.

The new team comes from 3 Blokes, a development studio that worked on games such as Rome: Total War in the past. George Fidler, previously head of the Creative Assembly game studio in Australia, will be the general manager of the studio. The new team is now in production on a game and will add more people over time.

“The talent pool in Australia is exploding, and the 3 Blokes team is evidence of that,” said Harbin. “George and his team are highly driven and passionate game developers who aren’t afraid to push the limits of creativity and innovation. Those are the types of individuals we’re looking for to join our mission at Kixeye.”

With Ngmoco, Kixeye will publish its Backyard Monsters title on the worldwide Mobage platform, which is a social network for mobile gamers. The move is Kixeye’s first expansion into mobile games and will launch this summer on iOS and Android.

Backyard Monsters has had more than 20 million game installs to date, and players have played it for more than 175 million hours. In the game, players build and manage little empires. They harvest resources, place defensive towers, and fend off attacks from wild monsters.

Kixeye was founded in 2007. The company has been profitable for two years. It grew revenues 11x in 2010 and will do nine figures in revenue in 2012. On Facebook, Kixeye has 4.5 million monthly active users for Backyard Monsters, War Commander, Battle Pirates, and Desktop Defender. That’s small compared to Zynga, which has 247 million monthly active users. But Kixeye’s users are loyal, with a quarter of them coming back every day. And those loyal users tend to spend a lot of money in games.

Kixeye plans to grow to 300 employees in the next year and will relocate to a new headquarters in San Francisco in the next month. Barber said Kixeye has a number of new games coming this year.（source:venturebeat）

It’s a new generation — of young 20-somethings who tweet from their smartphones.

From May 2011 to February 2012, the overall percentage of online adults who use Twitter barely moved the needle, growing by a measly 2 percent to 15 percent, according to research from the Pew Internet and American Life Project. Today’s youngsters, especially those in the 18 to 24 age range, are another story entirely.

Nearly one-third, or 31 percent, of 18- to 24-year-old Internet users are now Twitter users, Pew found. The figure represents 74 percent growth from May 2011 when just 18 percent of internet users in the 18 to 24 age bracket were Twitter users. Plus, 20 percent of these young adults now use Twitter on a typical day, up from 9 percent in May 2011.

Pew’s study findings are based on telephone interviews conducted in two batches earlier this year, each with more than 2,200 adults 18 and older.

Pew also found that one in five, or 20 percent, of smartphone owners are Twitters and that 13 percent of smartphone owners use Twitter on a typical day. The more basic the phone, the less likely internet users are to use Twitter, Pew found. As such, the research center believes there to be a strong connection between the rise of young Twitterers and increased smartphone adoption among this group.

“This correlation between Twitter adoption and smartphone ownership may help to explain the recent growth in Twitter usage among young adults,” Pew said in the report. “Those ages 18-24 are not just the fastest growing group when it comes to Twitter adoption over the last year — they also experienced the largest increase in smartphone ownership of any demographic group over the same time period.”

While the with-it and hip may be sweet on Twitter, older generations are either loving it or leaving it be. Twitter use by online adults in their mid-20s to mid-40s leveled off in the past year.

Here’s one thing worth nothing: Twitter may not be becoming more approachable to the overall online publication, but those that do use the service are using it more actively. Twitter usage doubled between May 2011 and February 2012 with 8 percent of online adults using Twitter daily.（source:venturebeat）