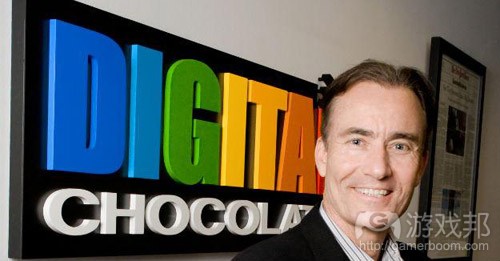 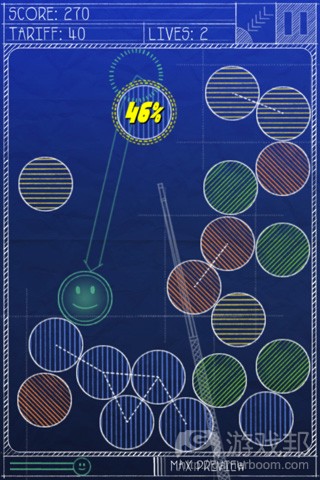 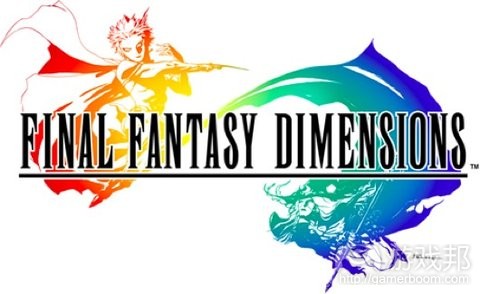 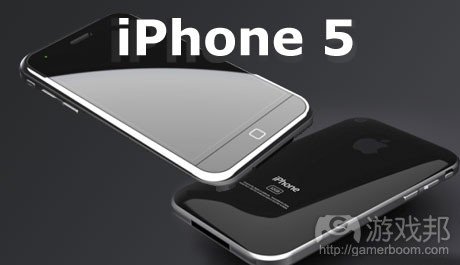 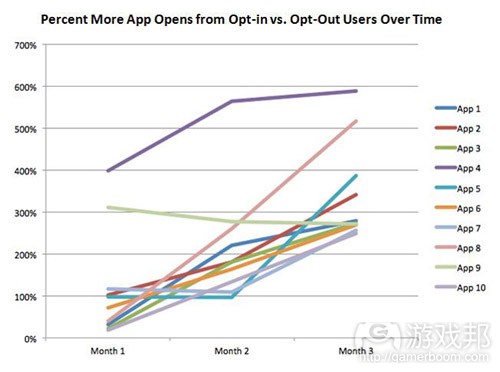 Two years after it first hit the App Store, Australian studio Halfbrick has announced downloads of Fruit Ninja have passed the 300 million mark.

Said stat has been released as part of a package of numbers detailing the game’s success as it celebrates its second birthday, with the firm dubbing the release as “one of the world’s most recognisable brands in mobile gaming.”

Indeed, mobile franchises able to boast downloads in the hundreds of millions are in a somewhat elite group, with CMO Phil Larsen revealing the firm has “more tricks up its sleeves” in the months ahead, including updates.

“We’ve been growing steadily since 2001 and achieved worldwide recognition from Fruit Ninja in 2010,” said Larsen.

“We’re showing the world how Aussie creativity can make a huge impact on games worldwide.”

All in the numbers

So high are the downloads that Halfbrick claims Fruit Ninja is the second highest selling game on the App Store of all time, presumably behind Angry Birds – though it’s not clear whether the 300 million figure refers directly to the App Store, or is platform-wide.

Other stats released as part of package include the news that 50 billion combos have been sliced in play, with more than 1.5 trillion pieces of fruit chopped.

In all, the company claims that more than 100 years worth of Fruit Ninja is played by users around the world every day. （source:pocketgamer）

Digital Chocolate founder Trip Hawkins has spoken openly about the mobile publisher for the first time since his departure, claiming the firm focused far too heavily on Facebook.

Speaking to GamesIndustry.biz, Hawkins – who also founded EA and the now defunct 3DO Company – said Digital Chocolate invested more heavily in Facebook than its rivals, which left the firm in trouble when the social network began to cut down on ‘game spam’.

It’s a decision that hit Digital Chocolate’s efforts to promote games virally, which cut both its games’ rate of monthly active users and, in turn, daily active users.

“And then if you take 30 percent off the top of that, you’re going to completely reduce the revenue.”

Hawkins claimed said changes were ones “games companies had to absorb”, but they happened to come about just as the App Store was taking off – the timing of which meant Digital Chocolalte was “lagging behind” from the off.

“I do think Digital Chocolate’s going to do a much better job; it already is doing a better job on the mobile side this year, but it’s just late,” he added.

On the publisher’s future, Hawkins claimed those in the mobile market now need to focus on improving “integration with a virtual goods economy, and how to use good principles of merchandising and promotion in that economy, and get customers excited about spending more money.”

“I honestly believe that the customers that spend a lot of money on virtual goods are very satisfied customers, because they’re basically king of the world,” Hawkins added.

“Somebody who’s even spending as little as a thousand dollars in a game is going to get an incredible dominant feeling about how well they’re doing in that game.”

And since the rush to new platforms has prompted a massive rise in the cost of user acquisition, developers need to adjust their focus, he added.

Acquisition costs must be met by effective monetisation, and “you can’t just think about ‘Oh, the game is fun, great’ or ‘Oh, the game retains’ – that’s not sufficient.”

As a parting shot, Hawkins was asked which area of the market he saw as offering the biggest opportunity going forward.

“No question, it would be tablets. I think tablets are the perfect storm,” Hawkins replied.

“It’s going to be the fastest-growing device in history, and it’s being used by every segment of the population

“Everybody likes tablets and everybody has started to consume content and spend money. So that just looks like it’s going to be an enormous, enormous market.”

Hawkins’ interview comes days after reports hit the web suggesting Digital Chocolate is to let 180 members of staff go as part of a streamlining exercise.（source:pocketgamer）

Evidence of the reach of the biggest mobile franchises, numbers released by new data tracking survey GameTrack has proclaimed Angry Birds the most popular game series in the UK.

Rovio’s monster topped its sweep of the market in Q1 2012, boasting a 10 percent share of ‘gaming volume’ across the country.

To put that figure in some context, that means Angry Birds is now technically more ‘popular’ with consumers than older, more established franchises such as Mario, Call of Duty and FIFA according to GameTrack’s numbers.

As detailed by GamesIndustry.biz, in all 37 percent of UK citizens aged 6 and above claim to play games in some form a week, though the most active gamers are aged between 6 and 10, with 83 percent taking to gaming.

In that group, 31 percent claim to play packaged games, online titles or apps every week.

The stats are the first to be released by GameTrack, launched as a new data tracking tool by the Interactive Software Federation of Europe, or ISFE.

The project will be run by Ipsos MediaCT, with ISFE managing director Simon Little claiming the venture had been “instigated by games publishers.”

“It has been scoped and developed with the assistance of the biggest names in the industry, with a clear eye on commercial relevance and the long term aim of becoming a standard reference,” he concluded.

GameTrack will generate its findings from 2,000 surveys each every month – half of which will be face to face interviews, the other half filled in online – to provide quarterly analysis based on data pooled from a total of 6,000 surveys.

The initiative is currently focused on the UK, France, Germany and Spain, though the ISFE claims it will “add further markets in the near future.”（source:pocketgamer）

Since Zee-3 added a total playtime leaderboard to the Bafta-nominated puzzler, it’s become clear that many players are racking up hundreds of hours in the game.

“The top player on the leaderboard has currently played the game for almost 400 hours, which is probably the total amount of time I’ve spent on Bethesda RPGs Skyrim, Oblivion, Fallout 3 and New Vegas combined,” explained the game’s co-designer John Pickford.

Typically, you ‘can’ finish Skyrim in around 100 hours, although some take far longer.

“The top 10 players have all clocked up around 100 hours or more, and the total playtimes drop off very slowly as you go down the leaderboard, so it isn’t down to one or two freak players,” added Ste Pickford.

He continued, “Magnetic Billiards: Blueprint is a deep and rewarding game which seems very obvious at first, but only reveals all of its subtleties slowly, through many short play sessions over days and weeks.”

“At such a low price we think it offers way better value than any console or PC game.”

To prove their point, the Pickford brothers have produced a not entirely serious ‘value table’ which compares the cost per hour of a number of popular leisure activities.

In comparison, a World of Warcraft subscription if played two hours per night costs 32c per hour, and the recently-released Avengers movie costs $5 per hour, and a Starbucks coffee costs $1 per hour (at least when measured in terms of caffeine buzz).（source:pocketgamer）

Square Enix has rather quietly slipped in a mention of Final Fantasy Dimensions in its pre-E3 press release.

What’s more, this new entry in the RPG series isn’t heading for the 3DS or home consoles, but is, in fact, bound for smartphones only.

Final Fantasy Dimensions is described as having “beautiful 2D pixel art, job-driven character growth, additional scenarios in which to inherit the jobs of your adventuring companions”, and, rather bizarrely, a “classic story of light, darkness, and crystals”.

Bring me their souls

Another interesting-sounding title that Squeenix has just confirmed is heading to Android and iOS in the near future is Demons’ Score – a “breakbeat action game” that blends fighting in with music.

Sounds very much like the upcoming 3DS title Theatrhythm on paper, then, but Demons’ Score is powered by the Unreal Engine, so expect a lot of rather natty graphical flourishes.

Release dates haven’t been confirmed for either game just yet, but hopefully we’ll be able to steal a glimpse at the two titles next week at E3.（source:pocketgamer）

More information regarding Apple’s new iPhone has come to light and the rumoured larger Retina display is just the beginning of the changes.

Poking around under the hood of iOS 6 (the OS is obviously designed for the new hardware so you can deconstruct the code to gain clues), 9to5Mac thinks that the new iPhone will be running on a variant of Apple’s A5 chip.

More interestingly, it will have 1GB of RAM, which is double the amount found in the iPhone 4 and 4S.

Jumping back to the processor – which is based on an dual-core ARM Cortex-A9 – the new iPhone has a S5L8950X processor compared to a S5L8940X on the iPhone 4S and the S5L8945X found in the new iPad.

What this actually means, no one knows at the moment, but it seems that it could be a low power variant.

Of further interest is the new iPhone’s graphic processing unit: the chip is identified as SGX543RC*. This compares to the PowerVR SGX543MP2 that currently powers the A5 chip used in iPhone 4S. The new iPad uses a quad-core version.

What’s most interesting, however, is whether the new resolution and aspect ratio of the screen will pose a hurdle for game developers to overcome, and what implications it will have for running old games and apps.

We expect to find out more at WWDC, starting 11th June.（source:pocketgamer）

The company, which provides notification and in-app purchase solutions to mobile app developers, reported the figures today as part of its new Good Push Index. Starting in August 2011, Urban Airship studied apps using its service that had at least 10,000 opens in order to track the engagement and retention of users that opted into its notification service.

The study revealed that six months after the initial download, over 30 percent of users that received push notifications were still using an app. By comparison, less than 20 percent of non-notified users still used the same app after six months. Urban Airship also found that push notifications users were overall far more likely to increase their use of an app over time.（source:insidemobileapps）