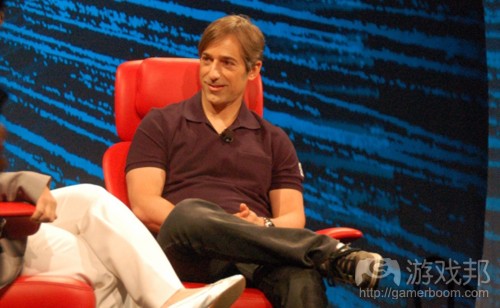 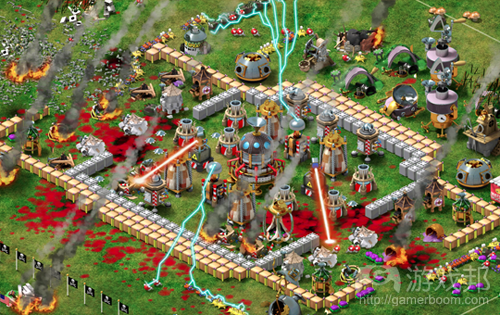 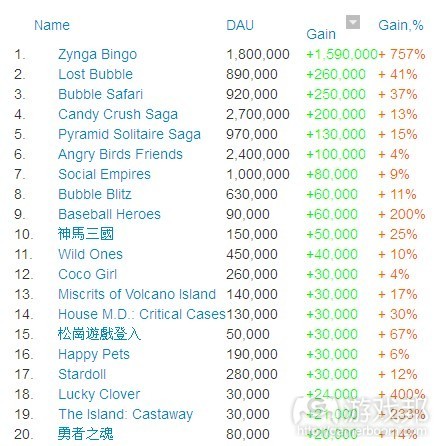 With its new proprietary game platform, social game giant Zynga has at least partially moved away from Facebook to independently distribute first- and third-party games. It’s a significant move for a company that has historically relied on the major social network, and Zynga’s CEO says that he’s looking at services like Microsoft’s Xbox Live to shape the future of the platform.

Speaking at AllThingsD’s D10 event, Pincus explained that the newly-launched Zynga.com isn’t just a distribution platform, it will also help the company establish its own independently-operated game network.

“[With Zynga.com], we would be more than a games distributor,” said Pincus. “We need more aggregated channels, we need more ways for people to find and discover new apps, and find their way back to the apps. We want to be a game network, a lot like Xbox Live.” Despite the comparison to consoles, Pincus noted that Zynga plans to stick to the web and mobile.

Of course, Zynga’s critics often note that the company relies too much on Facebook for its success, and establishing its brand new platform is a tall order when so much of the company’s well-being relies on another network.

D10′s moderator probed Pincus about the issue, and the CEO pointed out that Zynga isn’t the only company that benefits from the major social network.

“They’re really important not just to us,” Pincus said, according to TechCrunch. “Facebook is providing a new part of [the ecosystem's] stack, there is now a social stack and an app stack… On the web they’ve been really important with regards to distribution.”

Later during his presentation, an audience member further pushed the issue, and asked again how Zynga plans to detach itself from Facebook.

“We’ve never thought in terms of attachment or detachment,” the CEO said. “We have a 90 to 10m rule, which means that if a platform can bring us 10m daily active users in 90 days then we invest at scale. Facebook met that rule and Android and iOS have the potential.”

“I think of it like the evolution of TV,” Pincus explained. “People wanted to watch TV but our desire to watch TV wasn’t created by the networks, it was a relationship between us and content. People have a latent interest in playing independent of the platform and we are willing go anywhere.”

While he may not have addressed Zynga’s relationship to Facebook outright, Pincus is bullish about the company’s prospects with Zynga.com, and noted the company is willing to leverage multiple platforms if it means it can grow its overall audience. （source:gamasutra）

2）Zynga CEO Mark Pincus: Don’t get all aflutter about mobile

At the D10 conference here, where the focus for most attendees seems to be the challenges and opportunities of the mobile markets, Zynga CEO Mark Pincus played down the space. “Let’s not be too quick to jump on mobile,” he said. “People still spend massive amounts of time on the PC at work … and on boring conference calls.”

He explained how the company treats its desktop and Web games, most of them connected to Facebook, compared with how it deals with the mobile platforms.

“We focus on reach, retention, and revenue,” he said, adding that they start by looking at a 40/40/20 split. “Let’s really solve for reach and retention,” he said, “and bake revenues in.”

He said the mature desktop and Web games get the even split, but that on mobile they’re not focusing that much yet on revenues. “We’re at that early stage, trying to build audiences,” he said.

But the audiences are fragmented.”

Zynga recently acquired the smash hit mobile game Draw Something, when it bought OMGPOP. The company has taken some heat for the declining user numbers since then. Monthly active users have fallen by nearly 12 percent to 248.4 million in the last 30 days, according to AppData. Pincus points out that the game “still has more traffic today than it did when we engaged to buy them,” but when pressed, he said, “It’s too early to say that the acquisition was successful. I’ll tell you in a year.”

But he did expand on why the company acquired OMGPOP: “They innovate on user-generated content. We didn’t buy for the short term. We thought it’d be important in the long run… We built our company on franchises.”

He said that extensions could be coming for Draw Something, like they have for Word With Friends, another Zynga acquisition. That game, he reminds, had less than 2 million daily active users when it was acquired. Today it’s at the core of a franchise that includes other word games at Zynga.（source:cnet）

Kixeye is taking its hardcore strategy title Backyard Monsters from Facebook to mobile, announcing today it has signed a publishing deal with DeNA-owned ngmoco to bring a new mobile version of the game to the Mobage network.

The game will be the first mobile title for San Francisco-based Kixeye, and will make its Android and iOS debut this summer. According to Brandon Barber, Kixeye’s senior vice president of marketing, the new mobile version of Backyard Monsters is the result of a close partnership between Kixeye and ngmoco, which provided mobile production and development experience.

“We were interested in partnering with them to try to understand what the potential for a franchise like Backyard Monsters is like on mobile,” says Barber. “It’s a really well-known brand and it has a large base of extremely passionate players, many of whom, if not all have mobile devices that are capable of gaming. We felt they understood the value of the Backyard Monsters franchise. They got it, for lack of a better word and that’s really important to us.”

The mobile version of Backyard Monsters has been in development for about six months and while not a straight port, Barber promises the overall mechanics of the simultaneous strategy game will be largely the same as they are on Facebook.

Kixeye also expects the mobile version of Backyard Monsters will prove to be highly lucrative, with Barber citing DeNA’s monetization experience in Japan — where some mobile games generate $1 in revenue for every daily active user — as another key reason for signing on with ngmoco.

“Our expectations are high. We know that the Backyard Monsters game design is one that monetizes pretty strongly and we would expect that to continue on mobile,” he says. “For us, partnering with a company that understands these games, how to market them and how to publish them was an interesting opportunity for us and something we’re excited about. They came to us with a compelling proposition and we’re interested in experimenting with the platform and what it can do for us.

Kixeye is the latest in a long line of high profile North American developers to sign up for the Mobage platform, following the likes of TinyCo, NimbleBit, Glu Mobile and most recently Kabam.

Although Backyard Monsters will be Kixeye’s first foray into mobile, the success of Kabam’s strategy title Kingdoms of Camelot on the iOS top grossing app charts has proven Facebook-born strategy titles can find success on mobile, despite the fact that they tend to be more complex that their native mobile counterparts.

According to AppData the Facebook version of Backyard Monsters currently has 2 million monthly active users and 490,000 daily active users.（source:insidemobileapps）

Zynga Bingo took the No. 1 spot among this week’s fastest-growing Facebook games by daily active users, bringing in almost 1.6 million DAU for a 757 percent increase.

Peak Games’s Lost Bubble continues to grow, taking the No. 2 position with 260,000 DAU and growing by 41 percent. Zynga’s Bubble Safari is the second bubble shooter among the top five gainers, snagging the No. 3 spot with 250,000 DAU and increasing by 37 percent. King.com’s latest “Saga” games rounded out the top five on the list: Candy Crush Saga was No. 4 with 200,000 DAU for a 13 percent gain, while Pyramid Solitaire Saga took the No. 5 position and brought in 130,000 DAU and increased by 15 percent.