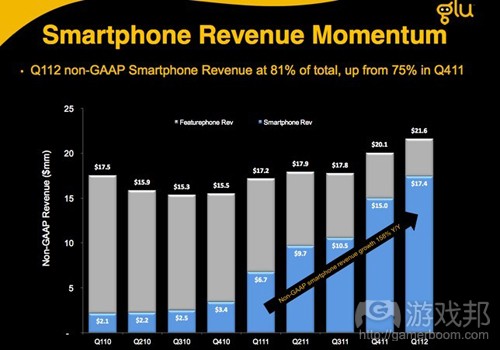 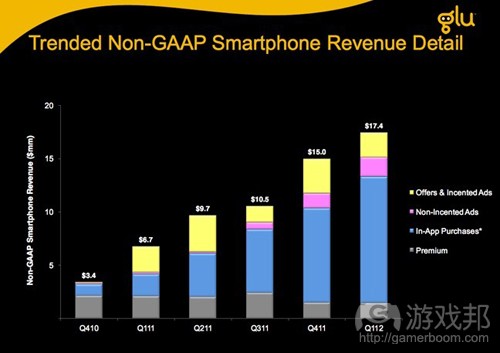 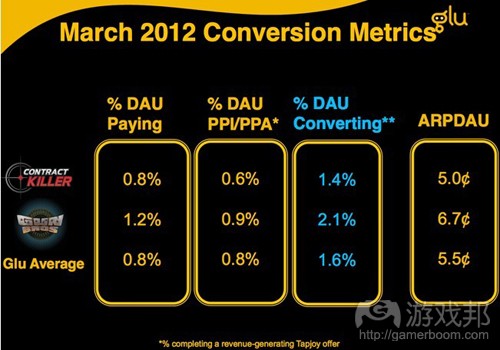 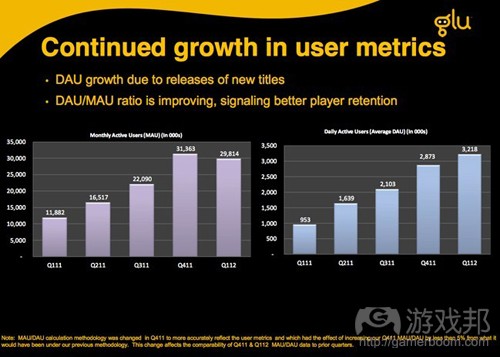 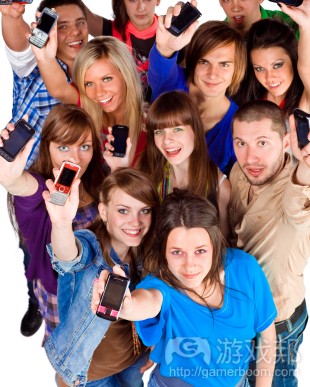 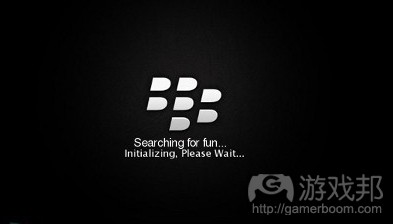 Revenues from iOS and Android games now account for 81 percent of the company’s income, more than double the percentage Glu reported this time last year. In Q1 2011 the company’s smartphone earnings of $5.9 million were 35 percent of its total income.

Overall Glu’s catalogue of games drove 55 million installs during the quarter and Glu’s average revenue per daily active user was 5.5 cents, with 1.6 percent of users converting. Glu’s number of in-app purchases for the quarter increased by 63.2 percent, rising from 1.52 million in Q4 2011 to 2.48 million in Q1 2012. The average revenue per billable transaction declined for the second straight quarter however, dropping from $5.79 in the fourth quarter of 2011 to $4.71 in the fist quarter of 2012.

Glu is predicting its non-GAAP smartphone revenues will be between $17.5 and $18.5 million in the second quarter, and its total non-GAAP smartphone revenues will come in between $76.4 million and $81.5 million for the full year. The company is also expecting to end the year with 18.0 million in cash, down from 2011 when the company had $32.2 million on its balance sheet on Dec. 31. The company currently has $22 million in cash on hand.

The company’s stocks were up on the news, hitting $4.92 in early trading before dropping off to $4.62 by the end of the day.（source: insidemobileapps）

That compares to the €39.5 million the publisher amassed during the same period in 2011, which itself represented a 20 percent year-on-year rise.

In keeping with French accouting rules, Gameloft won’t release its profit figures until later in the month.

Breaking down those figures, Gameloft claims 40 percent of its revenue in Q1 2012 was generated by sales of its games on smartphones and tablets, up 59 percent year-on-year.

North America accounted for 30 percent of sales, with revenue from EMEA markets – Europe and the Middle East – making up 25 percent.

Sales in the Asia Pacific region and Latin American combined generated 44 percent of revenue across the quarter.

“The rapid growth enjoyed by Gameloft’s smartphone activity is also related to the success of the freemium and paymium models put in place twelve months ago,” the firm said in a statement.

“Gameloft’s number of monthly active users currently stands at 45 million and more than half of Gameloft’s smartphone revenues now derive from in-app purchases and advertising revenues.”

Gameloft has previously made its intention to equip all its smartphone releases with in-app purchases public, though its strategy to date has met with some criticism from commentators.

Nonetheless, it’s an approach Gameloft claims is paying off.

“The huge growth of smartphone and tablet shipments around the world should continue sustaining Gameloft’s growth in the coming quarters,” the publisher continued.

“In addition, the landmark success enjoyed by recently launched games such as Ice Age Village and Shark Dash and the acceleration of product launches should allow sales growth to increase significantly in the second quarter of 2012.”（source:pocketgamer）

Android devices set to dominate the market with 48 per cent share.

The smartphone market will continue to boom in the next five years to hit 1.7 billion shipments in 2017, according to researcher Ovum, citing a CAGR of 24.9 per cent from 2011 onwards.

Meanwhile, the overall mobile phone market – including feature phones – will rise at a CAGR of 6.3 per cent between 2011 and 2017, which will be driven by emerging markets.

However, developed markets such as North America and Western Europe will almost entirely purchase smartphones only, though feature phones will continue to play a fixture in emerging areas.

Adam Leach, principal analyst at Ovum, said: “Android will dominate the smartphone market over the next five years.

“While Apple has defined the smartphone market since it introduced the iPhone in 2007, we’re now seeing a sharp rise in the shipment volumes of Android, signaling its appeal to leading handset manufacturers.”

iOS will be the second placed OS, accounting for 27 per cent of the smartphone market, rising from 23 per cent in 2011.

There’s good news for Microsoft – supported by Nokia – too, which is expected to become an established platform in 2017 with 13 per cent, despite currently holding just two per cent of the market.

Unfortunately for RIM, its BB OS is set to secure just ten per cent of the market in 2017.（source:mobile-ent）

Back when Nokia inked its strategic partnership with Microsoft to support Windows Phone in early 2011, the platform’s official marketplace boasted just 7,000 apps.

Little over one year on, and now the Finnish firm claims Windows Phone Marketplace has a total of 80,000 apps on board.

That’s according to Nokia’s SVP of developer experience and marketplace Marco Argenti, who – speaking in a wider interview with Fierce Developer – said weekly app submissions have risen 300 percent since the firm signed the deal with Microsoft.

Argenti claims exclusive apps for Nokia’s handsets have also gained significant momentum since the launch of the Lumia 900 in the US, with the firm’s close relationship with Microsoft having been key to its success.

“We try to have as deep a relationship as possible with the developers and provide concrete support, for example providing free devices, and we essentially are facilitating that,” said Argenti.

“Nokia really wants to provide that form of support to developers in exchange for trying to make something unique and differentiating for the platform.”

In all, Nokia has sent out a total of 17,000 Lumia devices to developers to encourage studios to get on board.

Show me the money

Argenti also discussed how Nokia and Microsoft is ensuring developers are able to monetise on their business.

“We’re actually educating and advising developers on how to best distribute and monetize their apps around the world, how to identify segments that might be interested in a specific app, or the right price point for the various markets and so on.”

Nokia is currently in the process of rolling out its business development toolkit, which includes analytics, user preferences, design clinics, advice on how to get the most out of your marketplace description, and operator billing.

Argenti explained that operator billing, which is currently supported in the US and other markets, can be a “winning formula” for countries were app monetisation is problematic.

“We currently have operator billing support with 146 operators in 50 markets,” he added.

“And when we have introduced operator billing, we have seen increasing monetisation and conversion rate increases of 300 to 500 percent.”（source:pocketgamer）

In keeping with its push to be the second great gaming platform behind iOS, RIM has announced its own version of Game Center.

Called Games, it will be a standalone app that acts a social hub and a discovery tool.

Integrated with BlackBerry Messenger and the Scoreloop social gaming network, it will launch – time frame to be announced – with the usual ability to add friends, see what they’re playing, show achievement and offer challengers.

Features such as multiplayer gaming, both turn-based and real-time are also planned.

The move is all part of RIM’s concerted attempt to ensure that its key BlackBerry 10 release (hardware and software) offers developers a solid platform that they can release games on and make money from.

With Android seemingly now limited to free-to-play titles and suffering from very high piracy rates, RIM argues the strong security and payment options on BB 10 mean it can steal a march on Android, despite its install base being numbered in the hundreds of millions.（source:pocketgamer）

Best Computer Science Degrees is behind the infographic, which takes a look at just how big Apple really is.

Apple has sold more than 200 million iOS-powered devices since the platform was launched in 2008, and putting that in to context, there has been 213 million cars sold worldwide since the same time across all manufacturers.

Additionally, 72 million iPhones were sold last year alone, which is almost the entire weight of the Eiffel Tower.（source:mobile-ent）