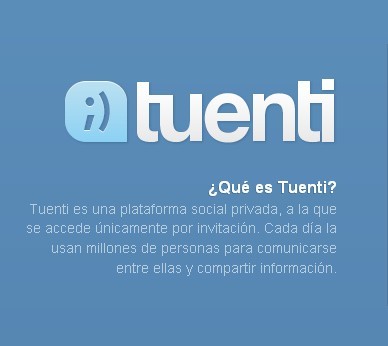 El País reported that a source familiar with the agreement said the deal involves a takeover of 90 percent of shares, which cost Telefonica about €70 million ($ 93 million U.S.). Reuters reports its sources speak of an 85 percent participation of Telefonica in Tuenti.

Telefonica, which did not provide financial details in its press note, said it would maintain the same management team headed by Zaryn Dentzel at Spain’s busiest website in terms of traffic. Telefonica said it hopes to strengthen its Internet position by services that are being sought by young people.

Shortly after the deal was disclosed, Bernardo Hernández, who is Google´s worldwide director of marketing for consumer products, announced his departure from Tuenti’s board of directors. He also sold all of his shares in Tuenti. Hernández has invested through his venture-capital company Bonsai Venture Capital in the last years in some of the most promising Spanish Internet start-ups, such as property portal Idealista and Web directory 11870.com, now owned by Vocento.

Rumors say the departure of Hernández, as a Google representative, was the key premise for the deal, for which negotiations had silently started already this spring. Telefonicas CEO César Alierta has been one of the telecommunication heads that claims loudly new legal regulations, which gives telecommunication operators a financial remuneration from Google´s ad business revenues.

In buying into Tuenti, Telefonica S.A. shut down Keteke, the social network it launched in 2008.

Together with Tuenti, Telefonica has a Web online audience of about 14 million unique users.

Tuenti is an invitation-only social network primarily aimed at people between 14 and 25 years old. It went live in January 2006, while Facebook started in February 2008.

The last financial details about the company are from 2008. Tuenti then reported a business volume of about €545 thousand and a negative EBIT of €2.89 million. Telefonica reported for the first half-year revenues of €29.05 million and a net income of €4.53 million Telefonica announced also that it will launch a new business area to expand revenue from data technology services, developing a specific network for video content delivery and entering the market of eHealth, applications, security and financial services, cloud computing and machine to machine Internet communications.

One move in this direction of becoming more an Internet content provider company was already last year´s acquisition of Internet-based telecommunications company Jajah. At the “Mobile World Congress” in February Telefonica presented also with Haiku, an innovative technology for real-time interaction through mobile micro-services that is supposed to be used as personal classifieds services.（source：aimgroup）