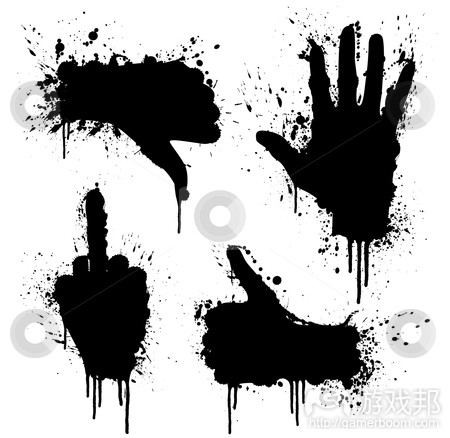 [In this reprinted #altdevblogaday opinion piece, Monolith Games' Michael Carr-Robb-John's offers some useful advice on keeping localization in mind for your game early in its development.]

In a few days, I am going to jump on a plane and move to a new country; this time I am off to Seattle to work at Monolith Games. With this pending adventure, it got me thinking about some of the wonderful fun I have had localizing games for foreign markets, and I thought some of my notes might make an interesting post for anyone thinking of doing localization.

First, though, some reader interaction… dig out the schedule for your current project and look through it. Is there a task anywhere on it titled “localization?” If it is on the schedule, I would put good money on it being close to the end of the project, usually within five tasks of the Alpha build.

If you have a task titled “localization setup” in the first half of your project’s development cycle, then you or someone on your team has probably already been through the pain of localization and is already preparing for it.

What most people focus on primarily with localization is usually the language, and although it is important, it is only half the equation. The “Location” is the other half, and this is where things get subtle and you need to become a little culturally aware.

Let’s consider this post; you might initially be unaware that I have localized it for English American. I am from England and I am British, which means that I learned to spell color as colour, localization as localisation, and I pronounce ‘Z’ as “Zed” rather than “Zee”. These differences come about not because of the language but because of the differences in culture.

Keeping localization in mind during development means that when issues arise, they can be fixed quickly rather than waiting until the end of the project and trying to fix it with a hack.

I do not profess to be an expert on these various countries and cultures. What follows are issues that I have experienced during the localization process. By sharing them, I am hoping that you will firstly have a clearer idea of what to watch out for, but also I would encourage you to share your own experiences in the comments section below.

Animators use hand gestures to breathe life into the characters. Unfortunately there are quite a few hand gestures that can cause problems when dealing with localization. The “Okay” gesture, the “Thumbs up,” gesture and the extended hand with palm outward are just three gestures that I have seen removed from various games due to how different cultures react to them.

You could go down the route of generating a different animation tree localized for each country, but that does increase the amount of data to be maintained and also the likely hood of a bug being introduced in a specific country.

A quick internet search can produce some good descriptions of various gestures that can be problematic. This one even shows gestures I was unaware of before writing this post.

Imagine that in your game, there is a wall upon which scribbled in a marker pen is a message that is important for putting the player on the right track. Now imaging that Portuguese is your language. Unless that texture has been translated into a different language, you have just made it extremely difficult for those players to progress.

Apart from doing a texture swap based upon the selected language, you might also consider adding a language trigger where if the player gets close to the wall, it will pop up a translation.

The language of color

Color plays a huge part in our emotional and physiological state even though for the most part we are completely unaware of it most of the time. What is really interesting is that the specific colors actually change from one culture to another. For example, in Western countries black is used to represent mourning, however in South America the color to use would more appropriately be purple.

I am mentioning this here more for completeness since I can remember only ever once changing a game color for localization. The specific issue was relating to the color that a map of Germany had been painted.

This is quite a useful and interesting chart.

Germany has very strict laws about violence, especially where humans are concerned. As a consequence, there have been a few games where the red blood has been changed to (robot) green. Or in the case of one of my projects, the characters were to be tortured for information; in the German version, we simply covered the animations up, hiding the offending visuals from the players in Germany.

Worth remembering that not every country believe that games are for adults; one such example is Australia, which at present does not allow a rating of 18+ for games.

Have a look of this list of of banned games in different countries It’s useful to know why a game was banned since it isn’t always about violence and adult content.

Another facet of the localization process is obviously to make sure the correct spoken speech / dialogue is triggered in-game in the correct language. It is easy to look through an Excel document and see when translation text is missing.

However, it is a lot harder to check the audio, which is why I try to encourage artists / engineers / designers on different platforms to spend time working in the different language and locations as early in a project’s development as possible.

Hopefully, you have finished reading this and there wasn’t anything new that you didn’t know already. If anything here was surprising and new, then you probably should kick localization up your schedules to do list.（source:gamasutra）