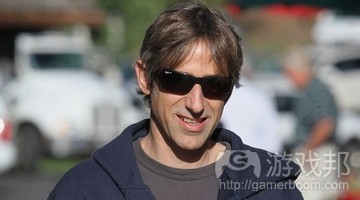 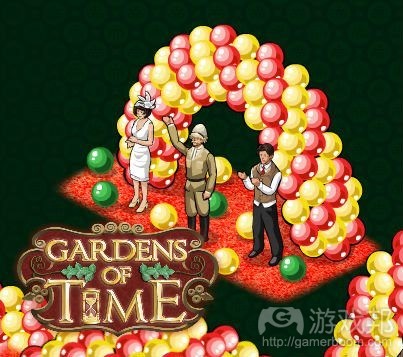 Newsbrief: Social game giant Zynga has attracted plenty of attention over the last several months, particularly as it geared up for its major IPO late last year. As a result, CEO Mark Pincus has had to deal with a handful of security concerns, and his company spent more than $1.37 million in fiscal 2011 to keep him and his family safe.

While it’s relatively common for companies to invest money into protecting their executives, Zynga’s figure is fairly high relative to other large companies, reports MarketWatch. The security funds reached this lofty sum since Zynga recently had to protect Pincus from an alleged stalker.

In early 2011, Pincus filed for a restraining order against this individual, and he has since worked to settle the conflict in court. Zynga has not confirmed whether it will need to invest more money to protect its CEO. （source:gamasutra）

And this bearded fella pictured right looks to go along for the ride. Wooga, creator of this year’s March Madness winner Diamond Dash, has a secret game project in the works that it refers to as “Game 9.” The German social games maker has revealed a few sliver’s worth of details in a job posting on its website for a producer that will oversee the game’s development.

For one, “Game 9″–which is almost definitely a codename–will be available on Facebook, iPhone and iPad initially. (And based on Wooga’s love of cross-platform play, we’re willing to bet both versions of the game will communicate somehow.) Secondly, “Game 9″ will “be a great adventure taking you to exotic places,” according to the job posting. That sounds vague, but based on what that bearded dude is wearing, we’re guessing the game is inspired by classic adventure stories (i.e. Indiana Jones).

The job posting reads that “Game 9″ is under development by more than 25 staffers, “including engineers, graphic artists and product managers.” But once the game is live, Wooga will outsource the graphical content of weekly content updates to a third party, and it’s this producer’s job to find and oversee that outside team. That’s it for now, but if Wooga is already considering weekly updates, we can’t be far from even juicier details.（source:games）

Three hidden-object games may say otherwise, but Playdom has a “hardcore” side too, you know. The Disney-owned developer currently has its own real-time strategy game strategy in the works for Facebook. It’s called Armies of Magic, and it’s in a closed beta test phase as of this writing, meaning only those who are invited can get in on the fantastical fighting action.

There’s an unfortunate lack of information on the strategy game at the moment and even fewer screen shots or artwork. Currently, it’s known that Armies of Magic players can choose to lead one of three races into battle–Humans, Elves and Dwarves–against evil Goblin Hordes.

Like most strategy games on Facebook, players will get to form guilds and go to battle with their friends. One would hope this means that players will not need to be Facebook friends to play together. Sadly, only promotional art is available at the moment, so there’s no clue as to what the game will look like during play. However, the Armies of Magic Facebook page already has over 22,000 “Likes”, so perhaps we’re close to release.

Playdom sees the growing “hardcore” Facebook games scene (and its dedicated audience) and simply can’t help itself–just look at Deep Realms. While that game recently died off, releases like Avengers Alliance make it seem like the developer has learned quite a bit about the “hardcore” crowd. Hopefully it’s not long before we see whether that’s the case.（source: games）

Gardens of Time, the Facebook game that arguably sparked a trend in social gaming, is officially one year old. Disney-owned creator Playdom announced the milestone today on Twitter, and offered players a nifty in-game item to celebrate. Players who click on a link provided on either Facebook or Twitter will score a free Garden Party decoration.

The item takes up a mere 1 by 2-tile space in players’ gardens and boosts their Reputation by 500–a likely boon for players looking to unlock more hidden-object scenes. But back to Gardens of Time turning one year old: Within that year, the game earned numerous awards, including a nod from us in the mobile social games category for its iPad and iPhone version.

What’s even more important than the game’s several accolades is that it arguably inspired not just other social game makers to hop on the bandwagon but Playdom itself to revisit the genre not once, but twice. (Of course, some will argue that Playdom was inspired by existing hidden-object games either on Facebook or elsewhere.)

The one-year mark is as strong a gauge for a social game’s “stickiness” as is its daily players, but in this special case it’s also indicative of the livelihood of the genre. Zynga’s Hidden Chronicles is still one of the developer’s top games, and both of Playdom’s hidden-object games are in its top five, according to AppData. With another on the way, it looks like hidden-object is here to stay on Facebook.（source:games）

Zynga Slingo continues to top our list of fastest-growing Facebook games by monthly active users, having gained 1.4 million MAU (up by 11 percent).

Four other games on the list saw double-digit gain percentages. Playplus’s Soul Crash and Ludia’s The Price is Right Slots were up by 20 and 13 percent, respectively. Digital Chocolate’s Gangs of Boomtown is saw a 71 percent gain, now that the game’s exclusive deal with Google+ is over and it has come to Facebook. Best Arcade Games appears on this week’s list thanks to a 70 percent gain, but it probably won’t stay on the cart for long since the app is a series of cloned Flash and arcade games that are playable on Facebook.

6waves new publishing focus continues to pay off with Rollercoaster Mania. Although the game dropped a couple of places from last week to the No. 20 spot, the game was up 9 percent. The game may get a boost in numbers this week, though, since 6waves showed us some new features (including the ability to design custom rides) that are launching soon.

The other title that may see a notable MAU increase in the coming weeks is Disney Playdom’s Marvel: Avengers Alliance. Although its gains have been slowing over the past few weeks, The Avengers film is due to hit movie theaters on May 4 and the game is being used to help market the movie. As the film’s premiere date draws closer, it seems likely that new and lapsed users will flock to the game on Facebook.（source:insidesocialgames）