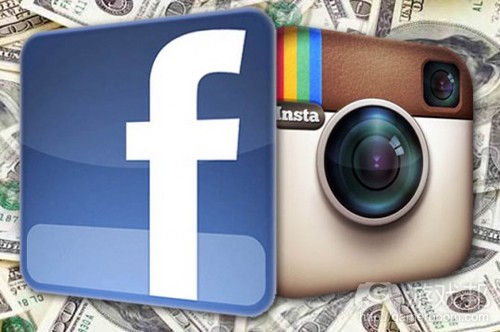 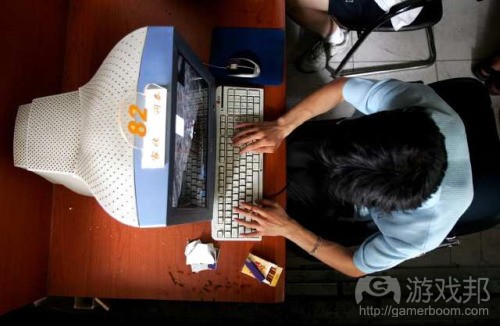 1）Econophysicists claim Zynga’s “vastly” overvalued — The econophysicists  from the Swiss Federal Institute of Technology who balked at claims of Facebook being worth up to $100 billion have turned their sights on Zynga. According to TechnologyReview, some analysts have estimated Zynga is worth almost $14 billion. The SFIT instead claims it can’t be valued at more than $4.8 billion, even if it continues to grow at a high rate.（source:insidesocialgames）

3）Google+ surpasses 100 million users — Google+ is still struggling to fight the “virtual ghost town” label saddled on it by the Wall Street Journal in February. Google CEO Larry Page released a statement to investors claiming the social network now contains more than 100 million active users, but didn’t define “active.” According to Page, “It’s still early days, and we have a long way to go.”（source:insidesocialgames）

Discussing fears about creative stagnation with triple-A titles, D’Astous points out that a few years ago, many publishers presumed their customers wouldn’t always stick around to buy their sequels. Those companies believed they needed to focus more on new IPs to keep their audiences.

“The buzzword I remember at [Electronic Arts] three, four years ago, is a ‘we need to spit out three new IPs per year’ kind of thing. It was a buzzword,” says the Eidos Montreal general manager.

“In our case, maybe we haven’t produced new IPs, but a major relaunch of a title like Deus Ex and Thief, we considered it almost like a new IP, certainly in the effort,” adds D’Astous. “So we bring back something from the cult classics.”

His studio’s relaunch of Deus Ex last year was well received for modernizing the eleven-year-old series. “This is maybe not considered new IP, but it brings a new flavor,” he says. “Games are more and more sophisticated; it’s less based on one or two mechanics. I think this replaces the necessity of having new IPs.”

D’Astous says he’s hearing fewer publishers continuing their mantras about the importance of new IPs, as evidenced by the popularity of recent sequels for Call of Duty: Modern Warfare, Gears of War, Assassin’s Creed, and Mass Effect.

“Innovation and ideas are important, but if you’re able to bring forward an existing IP to bring new types of experiences, I think people will buy them, because they know they can relate to a franchise they’ve played before,” he continues.（source:gamasutra）

Newsbrief: The California-based social gaming company Xfire has appointed a new CEO, who will help the company expand into China via a joint venture with tech service provider China Youth Goyor Technology.

The new CEO, Malcolm CasSelle, has previously helped coordinate joint ventures between companies like Groupon and Tencent, and he plans to work with China Youth Goyor Technology to distribute Xfire’s social tools and chat services to a new market of users overseas.

China Youth Goyor Technology primarily focuses on organizing and providing online services to Chinese college students, and given its history of distributing goods online, the group will help Xfire target a wider demographic for its gaming-focused services. （source:gamasutra）

The photo-sharing startup recently passed 30 million members. Particularly since picking up a slew of new users with its Android app launch, Instagram has become one of the most important for taking and sharing photos on mobile devices, so it makes perfect sense that Facebook would want the company.

For weeks, we’d been hearing Instagram was raising a round that valued the company at $500 million dollars. Today, Facebook said it paid twice that amount for Instagram.

Zuckerberg explained the purchase on his Facebook page. He tried to immediately calm any fears that Instagram would be swallowed up into Facebook or that it would no longer integrate with numerous third party services.

The young founder continued to state that rather than simply integrating Instagram into Facebook, the company would honor the two applications’ “different experiences that complement each other” and would continue to build and maintain Instagram and a separate beast — up to and including allowing Instagram photos to be shared on rival social networks. The Instagram product will have the benefit of Facebook’s world-class engineering team without the handcuffs of any Facebook exclusivity.

“Millions of people around the world love the Instagram app and the brand associated with it, and our goal is to help spread this app and brand to even more people,” Zuckerberg said.

“This is an important milestone for Facebook because it’s the first time we’ve ever acquired a product and company with so many users,” the CEO concluded. “We don’t plan on doing many more of these, if any at all. But providing the best photo sharing experience is one reason why so many people love Facebook and we knew it would be worth bringing these two companies together.”（source:venturebeat）

Here’s something to think about. Video games have been around for decades, but their burst of mainstream popularity is only a few years old. Why is that? What is it about this generation of video games that gave rise to reams of casual fare? The answer is multi-tiered, but according to recent survey findings, the economic downturn of the late Aughts did a great deal to bring a much wider audience to the relatively cheap pastime of gaming. Moreover, the rise of the free-to-play market, its subsequent success, and the chilly economy all tie into each other in a big way.

Last week, ArcadeWeb.com published the results of a survey that was conducted across 1,435 casual tournament players at its free-to-play games website. Among the users who were polled, 66% said they’re spending more time gaming, and 29% claimed they’re playing more games because they’re “free entertainment.” In a nutshell, the players who were polled are still suffering from the fallout of the bad economy. The reduction in leisure budgets across the US has helped fuel a big rise in freemium and online gaming.

ArcadeWeb is a site that rewards casual game players with real money under certain conditions and circumstances (tournaments, for instance), so its survey numbers aren’t a perfect indication of casual gamers’ habits. Nevertheless, the report still offers a decent breakdown on what might be the biggest reason for the surging popularity of casual and free-to-play games: most of us are still pretty danged poor. What little money we make is going to food, clothes, and gas. Leisure takes a back seat.（source:gamezebo）

Anyone just vaguely familiar with social gaming in Japan knows that (almost) all users use mobile devices to play these games: GREE and Mobage are cell phone-only services.

Most users live in the Tokyo area, and a lot of people play social games to kill time during their train commute to and from their work places or schools. The problem: 3G connectivity is only available at train stations/stops, meaning users get cut off every time they enter a tunnel.

In other words, playing mobile social games (or doing anything else online) while commuting in trains around Tokyo isn’t really a great experience (even though it’s possible). But the good news for the industry is that this will change very soon.

Japan’s top 4 mobile carriers (NTT DoCoMo, KDDI, Softbank, EMobile) said a first subway section in Tokyo’s Shinjuku area already makes it possible for users to access 3G without any interruptions between stations. Full coverage of the Tokyo metropolitan area is expected to be reached by the end of the year – this is very good news for all mobile content providers, including GREE and DeNA.

A similar subway service is already in place in other cities in Japan (i.e. Sapporo), but Tokyo is certainly the most important region: according to Wikipedia, a total of 8.66 million people use the subway in Greater Tokyo daily. These people now have more time playing social games (and paying for virtual items) than ever.（source:serkantoto）

Two other games saw gains of 100 percent: CarGurus’s Cars (Car IQ) and Microcosm Games’ The One Ring. Cars (Car IQ) is an app designed to let car owners show off their vehicles, interact with the app’s community and play a trivia minigame that awards points for every right answer. The One Ring claims to be officially-licensed from Tolkien’s Lord of the Rings novels, but is surprisingly text heavy and has few visual elements during each player quest.

Happy Farm – Heroic Expedition climbed from last week’s No. 9 position to the No. 2 spot, thanks to a 29 percent increase MAU increase. The Chinese language versions of Galaxy Online II and Titan War, which also appeared on the last two weeks’ emerging games lists, didn’t show up this week because their MAU numbers stopped gaining and held steady since last Friday.

Criminal Empires jumped in at the No. 9 spot this week and is the latest game re-published by 6waves, as well as the latest example of the traffic a title receives once it’s under the company’s banner. The game launched in June 2011, with two traffic spikes and drops afterwards. Under 6waves, the game’s MAU gains are its most dramatic ever and don’t show signs of slowing down any time soon.（source: insidesocialgames）