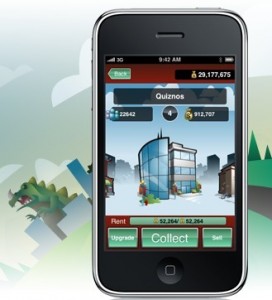 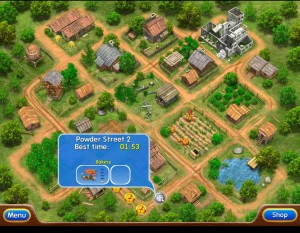 While Foursquare and Gowalla garner much of the buzz  around location right now, Booyah’s MyTown continues to garner many of the actual users. In fact, the service has crossed 1.5 million users.

And it’s gaining them at an incredible rate of 130,000 new users a week. Compare this to Foursquare, which during SXSW crossed 600,000 total users. And MyTown is showing no signs of slowing down, with another new version of the app now available.

MyTown 3.0 comes just two months after the launch of MyTown 2.0.  The easiest way to think about the game is as a sort of real world Monopoly for the iPhone. You travel around your city and check-in places, gain points, and then decide which properties to virtually buy. While no one could argue that MyTown hasn’t been a fun and addicting game, previously, it was largely a solitary game.

With this latest version, Booyah pumps up the social aspect.

Now, like the aforementioned Foursquare and Gowalla, you can see a stream of your friends’ check-ins. But it’s more than that. Staying true to their game-centric roots, you can also travel to

friends’ towns and view their properties and upgrades. There is also a new way to easily message friends, through a new contact list which can be built with Facebook Connect (or email contact import). And yes, there are now leaderboards to show how you’re doing in the game versus your friends.

Another important social element is the ability to send virtual gifts to friends. Virtual items are a big part of MyTown, and the service offers a unique blend of items you can buy with virtual (fake) currency, as well as real currency via in-app purchases.

It was only this past January that MyTown announced they had hit 500,000 users. Now just two months later, they’ve tripled in size. Being featured in the App Store undoubtedly has helped this growth (and now many of the other location players are being featured as well). But perhaps more impressively, users on MyTown are averaging around 70 minutes of playtime a day, we’re told.

Find MyTown in the App Store here. It is a free download. 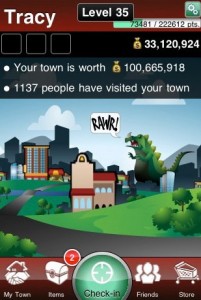 MyTown is a location-based app built around local shops, restaurants, and hangouts. Users check-in at real-world locations to level up, unlock rewards, and earn cash to buy their favorite real-life places.