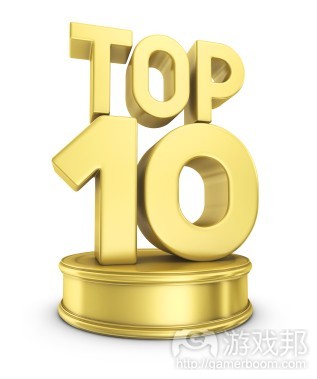 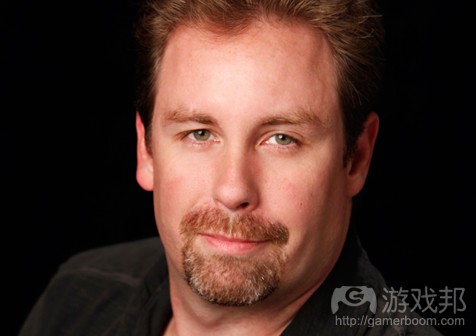 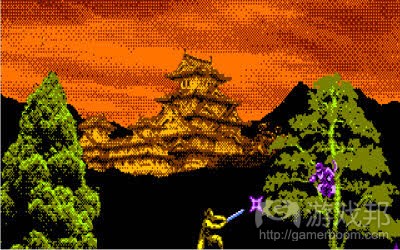 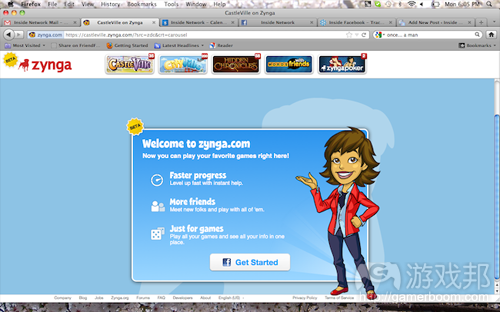 The Game Developers Conference (GDC) may be a time for connecting and brainstorming, but it can also be a time for back patting. But that’s not necessarily a bad thing. Jokes aside, It’s important to recognize past achievements to inform future decisions. Playdom VP Steve Meretzky and creative director Dave Rohrl named the 10 most Facebook games of 2011 during a talk at the event in San Francisco.

According to Gamasutra, Meretzky and Rohrl named the following games because they represent popular, emerging or overlooked trends in social gaming. (And the lot of them are spot-on.)

Playtika’s Slotomania was mentioned as “one of a whole wave of casino-themed games,” Meretzky said, according to Gamasutra. The two also noted the likelihood of online gambling being legalized in the U.S.

Zombie Lane by Digital Chocolate was name-dropped for its zombies that “percolate through the game in interesting ways” in what otherwise is a farming game, Meretzky said. The VP went on to give King.com’s Bubble Witch Saga a nod for adding a social progress map that isn’t present in other bubble-bursting games on Facebook. Of course Playdom’s very own Gardens of Time was mentioned for popularizing the hidden-object genre on the network.

Oddly enough, Meretzky made an example of Playfish’s Monopoly Millionaires as a branded Facebook game gone wrong. Gamasutra reports that the Playdom VP called the game “too simple and shallow” and that it was “repetitive and grindy, lacking any strategic depth.” Ouch. That said, the duo turned around and congratulated Playfish on an unparalleled use of branding for The Sims Social, calling it a “category killer.”

CastleVille by Zynga earned a mention purely for its production values, though they called the game a “slick and really polished FrontierVille re-skin,” according to Gamasutra. Social Point’s Social Empires was name-dropped for proving Rohrl wrong that strategy social games would fall by the wayside in 2011. The indie darling of the social games world, Triple Town by Spry Fox, was named for being the most innovative Facebook game the two saw last year.

Of course, Words With Friends was mentioned for being the biggest game on Facebook in terms of daily players. Rohrl believes that the Scrabble knockoff will herald a trend in 2012: “This is the year of crossover from mobile to web.” Well, congratulations, guys, most of you managed to impress two of the most important folks at Playdom.（source:games）

Capcom, one of the longstanding publishers that has been reliant on packaged retail sales for decades, sees a majority of its revenue and operating profits coming from digital sooner rather than later.

“I’d like to say that within five years, certainly well north of 50 percent of our revenue will be coming from digital, and significantly higher than [50 percent] of our operating profit will [come from digital],” predicted Christian Svensson, SVP of Capcom Entertainment in an interview with Gamasutra during GDC 2012.

“And certainly sometime before five years from now, every game will be digital and retail day and date [same release],” he added. “On some platforms that’s already the case, it is on Vita. In Europe, the PlayStation 3 is already that way. I wish it were that way in the States as well. But I’d say that’s an inevitability. No one is really fighting that, but the question is when that will occur.”

Svensson added, “Retail will always have a place in our future, but I think that five years down the road, the value proposition of retail and publishers will change.

“I think that retail’s role will shift from planned purchase to impulse purchase, predominantly, and planned purchases will increasingly happen online, just for sheer convenience’s sake.”（source:gamasutra）

3）GDC 2012: The benefits of self-publishing Flash games on the web

“Consider the huge benefits to self publishing your Flash game on the web rather than simply working with traditional portals such as Kongregate and Mini Clip.”

This was the advice of Bennett Foddy, creator of idiosyncratic Flash games QWOP, GIRP and Too Many Ninjas, delivered to a packed session at the Independent Games Summit at GDC Monday morning.

“I love self-publishing,” said Foddy, who as well as being a game maker is deputy director and senior research fellow at the Institute for Science & Ethics at Oxford University, and an editor of the Journal of Medical Ethics.

“I host all of my games on a basic, rudimentary website, and I host advertisements next to them, which is where I make money. I see almost no other indie game developers doing this any more. What most people do is go to get sponsorship from a Flash portal.

“But there are many drawbacks to this business approach. The portal pays you less than the game is worth; even if they like you, they promote your game but not you as an artist. The game is forever locked away from you: you can’t update, cross-advertise your other games, or even choose the ads you want, and you may even find your game censored.”

Foddy was quick to counter the argument that Flash games self-hosted with ads have no chance to making serious revenue, even though he admitted that it’s tough to make money with a single game on a site.

“A lot of times people try self-publishing by uploading one game up with Google Ads and make almost no money,” he said. “So they immediately give up and proclaim nobody can make money that way. But people need to understand the network effect, the same way that Flash portals build a repeat audience.”

“Three months after I put Too Many Ninjas out, sales had dropped to nothing. But when I added QWOP to the site, I still had a little bit of traffic three months later. By the time I had six games on there, traffic was fairly constant and the site began to become financially viable. If you put one game online and make no money, you shouldn’t assume that you can’t make money from six. It’s the same way that the portals themselves work.”

Foddy also had some counter-cultural advice to give developers when it comes to high score tables and achievements, neither of which feature in his games. “A lot of us don’t want to make games with mass appeal,” he said. “We take that to mean cute, easy, shallow. But I disagree. There are now over 11,000 YouTube hits for people playing QWOP. A big part of it is because the game is goofy to look at. I acknowledge that. But would all of that be there if the game had a global high score table and achievements? I don’t think so.”

“I think people look at a global high score table and think: somebody’s solved that,” he argued. “It’s demotivating to climb to the top of a high score. If you don’t provide official metrics, then players set their own goals.”

“We should think of high scores and achievements as stuff we put in for gamers, but it takes us away from the mass market. I believe they can very often wind up being un-social.” （source:gamasutra）

Zynga.com’s games platform is now live in beta mode — and you can find it here.

The platform is launching with just five Zynga games: CityVille, CastleVille, Hidden Chronicles, Words With Friends and Zynga Poker. When entering any of these games from the platform, the user is prompted to connect with Facebook. A quick tutorial walks new players through platform features regardless of which game a new user enters.

We took a quick test drive of CastleVille and found our kingdom exactly as we left it on Facebook. We observe that the game loaded approximately in the same amount of time it takes to launch CastleVille on Facebook (from the point of clicking “Play” to the point where we’re actually playing the game). Also of note, the right-hand chat and live feed bar that distinguishes gameplay between the two platforms is also apparently not viewable in full screen mode on Zynga.com.

We’ll have a more in-depth review of the hands-on experience with the platform in the coming days. Scroll down for a screen shot walkthrough of the first-time user experience and don’t forget to read our overview of the Zynga.com platform.（source:insidesocialgames）

Rovio’s Angry Birds dominates this week’s list of fastest-growing Facebook games, based on monthly active users. No surprise here, given that the game officially launched just a few weeks ago.

Six of the games on this week’s chart saw gains higher than 15 percent. Aside from Angry Birds, the most rapidly growing games include Fruit Ninja Frenzy, Izlesene, Marvel: Avengers Alliance, Zynga Slingo, Hoop De Loop Saga and New In Town. The presence of a movie tie-in may seem strange, but Marvel: Avengers Alliance got a big publicity boost last week when the trailer for The Avengers  was released.（source:insidesocialgames）